US Jobless Claims Fall, PPI Remains High, the FED Backs Off on Inflation

Earlier today we posted an article explaining how the European Central Bank ECB is still brushing raising inflation under the carpet, as ECB president Christine Lagarde commented today. The FED on the other hand, has accepted defeat and has acknowledged high inflation figures as not temporary any longer and is backing it up with action, after having decided to reduce the QE monthly purchases, until it ends next year. Inflation is substantially higher in the US though, being above 5% since the beginning of summer.

So, there’s reason for the FED to start acting next month. The PPI (producer price inflation) remains exceptionally high as September’s report showed today, while unemployment claims fell below 300K for the first time since the pandemic started. We sold EUR/USD with two forex signals earlier today, on this basis and are already well in profit on both of them.

Highlights of the September PPI report 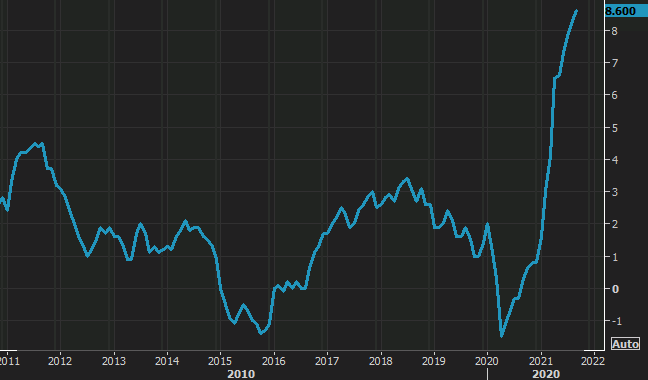 This is the highest since at least November 2010 on the headline but the excluding food and energy numbers are on the soft side. That highlights that pipeline price stresses might not be quite as high as advertised.
Check out our free forex signals
Follow the top economic events on FX Leaders economic calendar
Trade better, discover more Forex Trading Strategies
Related Articles