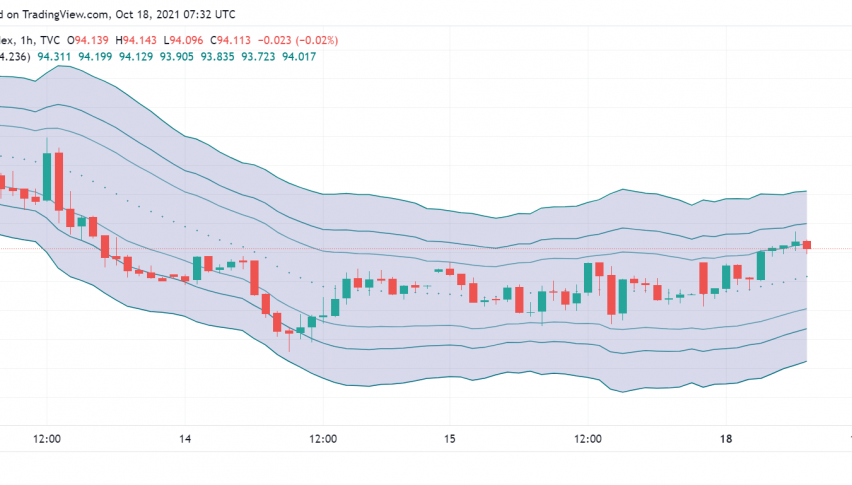 US Dollar Trades Cautious as Other Economies Also Worry About Inflation

The US dollar begins the brand new trading week on a somewhat uncertain note amid rising expectations that while the Fed may be forced to act on monetary tightening sooner, price rises could compel other central banks also to advance their plans for similar moves. At the time of writing, the US dollar index is trading at around 94.11.

Last week, the dollar index had surged to the highest levels seen so far this year, supported by markets’ hopes that the US central bank will resort to hiking interest rates earlier than originally planned on the back of rapid economic recovery and sustained uptick in inflation. These feelings were further reinforced after some Fed officials spoke out about the possibility of inflationary pressures weighing on the economy for longer, instead of being transitory as expected previously, and after the CPI data came in strong.

However, since then, we have been seeing similar trends in other parts of the world as well. Earlier today, New Zealand’s CPI rose at the fastest pace on a quarterly basis seen since a decade. This has helped commodity currency NZD register a spike against the USD.

Meanwhile, over the weekend, BOE Governor Andrew Bailey also expressed concern about the soaring energy prices and their possible impact on keeping inflation high for an extended period of time, which could require intervention from the central bank. Investors have taken this as a hint that the British central bank would also consider tightening the monetary policy and raising interest rates soon, helping drive bullish moves in GBP/USD in early trading on Monday.

However, the US dollar does receive some support from rising crude oil prices, with oil futures trading at the highest levels seen since three years. This is supporting the safe haven appeal of the currency as markets anticipate more challenges and disruptions in the global supply chains driving up price rises worldwide.