Are Bulls Getting Back Into Ripple’s XRP Amid Upbeat Market Sentiment? - Forex News by FX Leaders 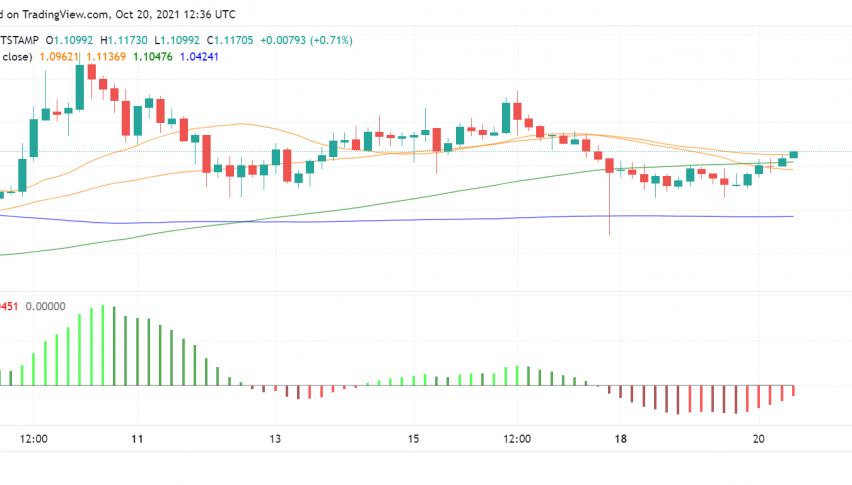 Are Bulls Getting Back Into Ripple’s XRP Amid Upbeat Market Sentiment?

Ripple’s XRP is finally showing some signs of life after trading choppy around the $1.10 mark earlier, as a lack of significant progress in the lawsuit weighs heavily on the cryptocurrency even as the crypto market sentiment picks up. At the time of writing, XRP/USD is trading at around $1.11.

Will the SEC vs. Ripple Lawsuit Hold Back Bull Run in XRP?

Souring the mood for XRP holders is the SEC’s plans to drag the case even longer by requesting an extension of the expert rebuttal report deadline to 12 November and the discovery deadline to 14 January. The agency has requested additional time to prepare rebuttal reports and depose at least 14 expert witnesses. Unsurprisingly, Ripple’s legal team has refused to consent to the extension of the deposition deadline, although it has agreed to the 12 November deadline extension.

Ripple is keen to have the case wrap up as quickly as possible so that the XRP can make the most of the ongoing bullish mood in the crypto market currently underway. The company claims that before the agency filed the motion requesting for extension, both parties were looking to reach an agreement without the court’s intervention.

In its opposition to the SEC’s request for more time, Ripple notes, “The pendency of this lawsuit has significantly hurt the markets for XRP, especially in the United States. Ripple’s cross-border payment product relies on liquid XRP markets. Indeed, although the price of XRP has risen in the last year along with the broader digital currency market, its performance has lagged behind the market, including currencies like bitcoin and ether.”

And they do have a point – Ripple’s XRP has failed to rally hard even as several of its peers repeatedly touched new ATHs through the past few months. With several crypto experts predicting quite the bull run in the market leading to the end of the year, any further delay in closing the case is sure to impact the XRP’s future outlook.

Over the past few months since the lawsuit began, we have seen XRP fail to celebrate strong fundamentals, with investors holding back from rallying hard despite rising adoption of Ripple’s technology for enabling cross-border transactions. Recently, Ripple confirmed that it has become a part of the Digital Pound Foundation – an initiative set up to explore UK’s very own CBDC.

A similar announcement came a few weeks prior when the company had confirmed that it was working with the Royal Monetary Authority – Bhutan’s central bank, on a similar initiative for creating the kingdom’s CBDC and powering digital transformation in its economy. However, these promising developments also failed to drive too much of a move in XRP as investors remain hesitant to buy into the crypto until Ripple’s legal troubles are sorted.

Galaxy Digital’s CEO Mike Novogratz has shared an interesting observation about why XRP’s price refuses to break down on account of the SEC lawsuit even though it has failed to climb higher recently. In a recent tweet, Novogratz observes, “The value of XRP has actually almost tripled since the SEC actions. It hasn’t plummeted. It’s a testament to the fact that once communities are formed with shared interest they are damn resilient.”

On the 4-hour chart of XRP/USD, most moving averages along with the MACD are suggesting a strong bullish bias. Although, the momentum indicator points to some sellers’ presence in the market as well.

Ripple’s XRP is lifting away from the pivot point at $1.10 cautiously and requires more buying pressure for a test of the immediate resistance at $1.17. However, if buyers hesitate to enter the market, we could see the price stagnate around this level amid lack of clarity.