Trading Solana (SOL) This Weekend? Here’s What You Need to Know - Forex News by FX Leaders

Trading Solana (SOL) This Weekend? Here’s What You Need to Know

All eyes are on Solana (SOL) this weekend as markets eagerly wait to see if it can make to newer highs, powered a strongly positive sentiment among investors towards cryptocurrencies in general. At the time of writing, SOL/USDT is trading at around $202.89.

Solana was one of the biggest gainers among the leading cryptocurrencies in the past few sessions as investors cheered market leader Bitcoin rising to a new record high. The optimism was triggered after the launch of the first Bitcoin-based ETF in the US market, encouraging more acceptance towards cryptos among institutional investors and reversing some of the fears over increased regulatory scrutiny of digital assets which had been weighing on markets in recent weeks.

Solana Making a Mark in the DeFi Sector

The sixth largest cryptocurrency also enjoys the distinction of being the third largest blockchain by TVL in the DeFi space. As per data on Defi Llama, Solana supports 26 DeFi protocols with a TVL of almost $13 billion. In comparison, the leading two ecosystems, Ethereum and Binance Smart Chain, support 270 and 131 protocols respectively, with a TVL of over $158 billion and over $20 billion.

Quite a few of the DeFi protocols on the Solana blockchain have registered remarkable gains over the past week, with Marinade Finance taking the lead. The fourth biggest DeFi project on the ecosystem, it has seen its TVL surge by nearly 44% over the past week while another big gainer Francium has recorded a nearly 200% increase in its TVL over the past week. Other major gainers on the blockchain include Mango Markets (74%+), Socean (67%+) and Soland (57%+).

On the fundamentals front, there is significant interest among investors in Solana’s capabilities, with several projects launching on its network raising significant amount of funding lately. For instance, on-chain asset management protocol Synchrony recently raised $4.2 million in strategic funding to improve its DeFi configurable indices’ offerings.

But it’s not just DeFi that has captured all the interest and attention on Solana’s high speed and efficient blockchain. Play-to-earn gaming platform MonkeyBall successfully raised more than $3 million in a recent fundraising round from several prominent VCs. MonkeyBall is a fast-paced, P2E arcade soccer game which rewards users for winning games and performing other activities on its platform.

On the 4-hour chart of SOL/USDT, we find a strongly bullish bias being exhibited by moving averages as well as leading technical indicators MACD and momentum. Solana’s price is well above the pivot point at $155.13.

In addition, it has also broken past two key resistance levels at $172.64 and $185.17. Looking ahead, it’s likely to be smooth sailing for buyers as long as the sentiment remains upbeat until the next resistance coming up at $215.21. 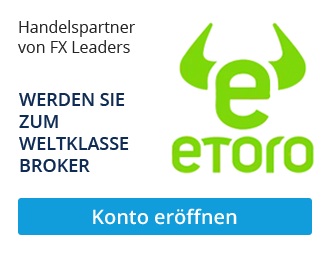