WTI crude oil’s bullishness extends into a brand new trading week, rising to the highest levels seen in seven years amid concerns about tight supply in global oil markets even as demand rebounds as nations emerge from lockdown conditions. At the time of writing, WTI crude oil is trading at around $84.55 per barrel.

During the previous session, WTI oil gained as much as 1.5% and even reached a seven-year high before easing lower by the close of the session. Analysts attribute the optimism surrounding strong improvements in demand and tighter oil supply continuing to offer support to the upbeat sentiment and rally.

However, the nearest-term contract could see limited gains over a possible steep backwardation, with later-data contracts trading at a lower price than the current contract. This goes against the typical market trend when futures contracts trade at a higher price, taking into account the higher costs for oil storage over a period of time.

In addition to the tighter supply woes, crude oil is also enjoying support from coal and natural gas shortages in key economies such as India, China and Europe, which have forced power generators to switch to oil instead. This has further increased the demand for crude oil, supporting the bullish mood among traders.

Oil prices also received some support from a decline in oil and natural gas rigs across the US for the first time in seven weeks. An early indicator of future output, the Baker Hughes oil and rig count reduced by 1 to 542 over the previous week. 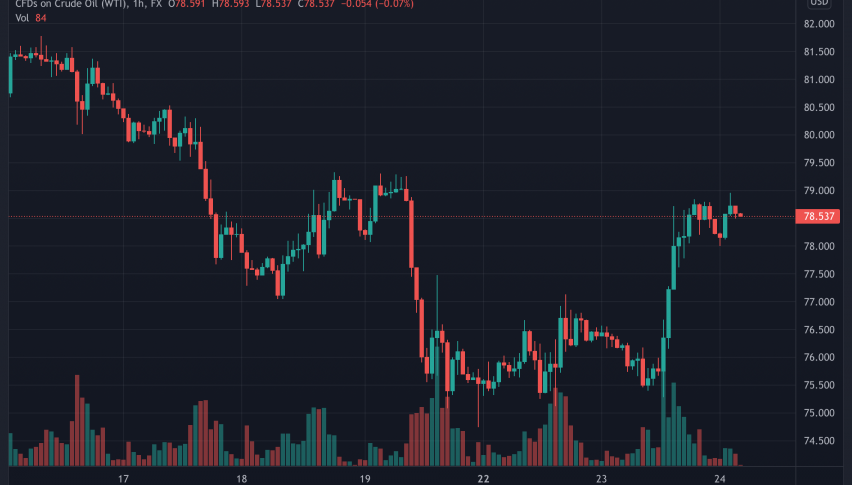