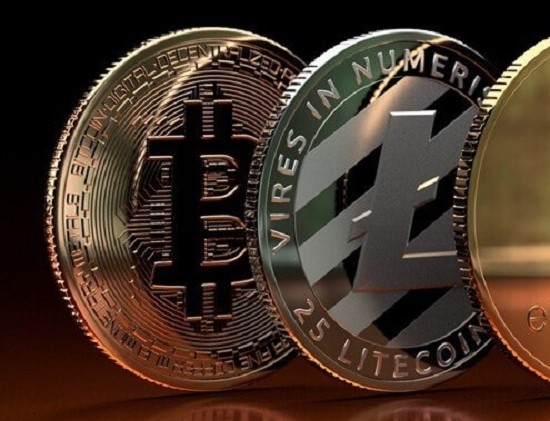 The BTC/USD coin failed to halt its overnight rally and fell to an intraday low of around $48,000. The Bitcoin price continued to fall from the $52,000 resistance zone, breaking the $48,000 support level and settling below the 100 hourly simple moving average. Bitcoin may continue to lose if it fails to break through the $49,500 resistance level. On the downside, the $48,000 level provides immediate support.
BTC/USD

The first substantial support formed at almost the $47,300 mark. A breach below the $47,300 support to the downside, could boost selling pressure. The next destination for the bears might be $46,000. The cause of the downward trend could be attributed to recent reports claiming that the total number of Bitcoin on exchanges has dropped to a new three-year low of 2,408,237 BTC. Meanwhile, the prevalent “risk-off” sentiment in the crypto market also played a major role in undermining the BTC prices. The price of Bitcoin (BTC) jumped higher yesterday, after positive news about the Omicron virus and the protective factor of existing vaccines. Investors rushed into riskier assets like stocks and cryptocurrency on hearing the news. In a strong bull movement, this move drove the BTC price above $50,000. However, the good news appears temporary, as most markets took a breather this morning, giving back earlier gains. The bears have pushed the price of Bbitcoin back below $48,000. This makes the bulls worried because they risk getting stopped if the bears can push the market to the downside.

In contrast, Microstrategy bought more Bitcoins less than two weeks after their previous acquisition. As a result, the company’s treasury has grown by 1,434 coins, increasing the total number of coins held to 122,478. The company’s total Bitcoin holdings were valued at around $6 billion at the time of writing. This good news hasn’t had much of an influence on the BTC prices thus far.

During Friday’s Asian trading session, the Ethereum price was heavily bearish. The daily pattern has been characterized by sustained, steady and constant selling pressure, with no sign of relief in sight. Ethereum is struggling to gain pace against the US Dollar above the $4,200 zone, but it seems to have failed. ETH started a downside correction, and began trading below the $4,200 support zone.
ETH/USD

The ETH downside correction may be extended if Ethereum does not begin a new upward trend over $4,250. On the downside, $4,080 is a good place to look for support. The key support is forming near the $4,040 mark. However, the cause of its continued decline could be linked to claims that Ethereum transaction fees reached a new all-time high that month, implying that investors had shifted their attention to other crypto coins, due to the lower transaction fees. Furthermore, the risk-off mood in the crypto market could be linked to the selling bias surrounding Ethereum, which is the world’s second-largest cryptocurrency. Bitcoin’s decline highlighted this. In terms of the US dollar, Bitcoin is trying to break through $49,000. BTC is declining, and closure below the $48,000 support might push it further down. The recent greenback selling bias, on the other hand, helps limit the decline in the ETH/USD coin. In Asia, the dollar traded lower, ahead of US inflation data on Friday morning, which could indicate when the Federal Reserve will raise interest rates.

The LTC/USD coin pair remained well-offered near the 152.000 mark. It was unable to break its early-day losing streak. At the time of writing, LTC/USD was trading at $153.44, which was down 7.12 percent on the day. The price of the coin is about to break below the channel’s lower boundary, indicating that it is moving lower. Despite minimal volatility, LTC/USD is still in a short-term bearish trend. If the market regains strong momentum, the LTC price may follow the channel pattern. Otherwise, there’s a chance that more breakdowns will emerge. For example, a likely pullback below the channel’s lower limit might push the price of Litecoin below support levels of $130, $120 and $110, resulting in a new monthly low. However, if the market price rises, buying pressure may reach the nearest resistance levels of $170 and $180.
LTC/USD
The crypto market’s gloomy performance, which has affected all crypto coins, could be responsible for LTC’s downward trend. The recent dip in BTC prices provides evidence of this. The price of Bitcoin failed to hold over $48,000, and it began a new downward trend against the US dollar. As a result, BTC started to decline gradually and it broke through the $48,000 support level, entering a bearish zone.

Today’s XRP price is $0.856945 USD, with $4,748,112,512 USD in 24-hour trading volume. In the last 24 hours, XRP’s price has fallen by 0.09 percent. With a live market cap of $40,488,343,176 USD, the current CoinMarketCap ranking is #8. The total number of XRP coins is 100,000,000,000, including a circulating supply of 47,247,295,769 coins. The recent falls in the crypto market could be the reason for the bearish bias in Ripple prices. The price of BTC has fallen as a result of this. On the other hand, the bearish tendency in the US dollar may help limit the downward momentum of the XRP/USD prices. For example, in Asia, the US dollar traded lower on Friday morning, ahead of US inflation statistics, that could be a hint at when the Federal Reserve will raise interest rates.

On Friday, the DOGE/USD currency pair flashed green from the start of the day. The bearish price action in Dogecoin has gotten stronger as the coin has been trading at a multi-week low. The altcoin was trading at $0.169 at the time of writing, with an immediate support level at $0.161. Over the last week, the price has been stuck at $0.188 and $0.161. The coin’s technicals also indicated bearishness. Friday’s Dogecoin price was $0.168264, with a trading volume of $1,043,424,756 in the previous 24 hours. Dogecoin dropped 3.36 percent in the 24 hours prior to the time of writing. It has a live market cap of $22,553,124,441 USD.
DOGE/USD
Cryptocurrency usage and popularity have expanded more than ever before in 2021. While cryptocurrency adoption is widespread, recent research by Google (NASDAQ:GOOGL) Trend has revealed which cryptocurrencies have received the most public attention. The increasing popularity of cryptos has been confirmed by Google Trends, a website that measures the popularity of top search terms; for the first time in history, crypto-related searches will be among the most popular news in a year.
According to Google Trends, “Dogecoin” and “Ethereum Price” were among the top ten most sought-after news stories in 2021. But this news has had no positive influence on Dogecoin thus far.
Check out our free forex signals
Follow the top economic events on FX Leaders economic calendar
Trade better, discover more Forex Trading Strategies
Related Articles