The GBP/USD currency pair fails to stay on the bull’s radar, falling to 1.2250 during Wednesday’s mid-Asian session. The recent weakness in the cable pair could be attributed to the market’s risk-off mood and concern about the key UK Consumer Price Index (CPI) and Fed Chair Jerome Powell’s testimony. The quote is also hard to hear because of all the bad news about Brexit and the political situation in the UK, as well as fears that the Bank of England (BOE) will disappoint.

Market sentiment is deteriorating due to concerns about the Fed’s aggressiveness and the US recession. For instance, US President Joe Biden and Treasury Secretary Janet Yellen attempted to persuade the markets that the recession fears were unfounded. Furthermore, according to Reuters, Richmond Federal Reserve President Thomas Barkin stated that the US economy would not quickly return to the previous decade’s experience of stable growth, jobs, and inflation. As a result, the S&P 500 futures and US 10-year Treasury yields have faded the recent upside momentum while expressing the mood.GBP/USD prices are being weighed down by concerns that Fed Chair Powell will push for more rate hikes and lower-than-expected UK CPI figures. Forecasts indicate that the UK CPI will ease to 0.6 percent MoM in May, compared to 2.5 percent previously, even if it remains firmer with 9.1 percent YoY figures, compared to 9.0 percent previously. Furthermore, the retail price index is expected to fall during the month, while the producer price index may rise.

According to the UK Mirror, a study conducted by the Resolution Foundation think tank and the London School of Economics found that Brexit will reduce British workers’ real pay by £470. According to the news, “The research estimates that changes in trading rules alone will reduce labor productivity by 1.3 percent by the end of the decade.”
Furthermore, major rail strikes in the UK and Prime Minister Boris Johnson’s struggle to defend his position, particularly in light of allegations of violating COVID rules, put downward pressure on GBP/USD prices. If there is firmer UK inflation data, the GBP/USD pair may experience a kneejerk upside. But the recovery could be helped if Fed Chair Powell fails to convince people to buy dollars. 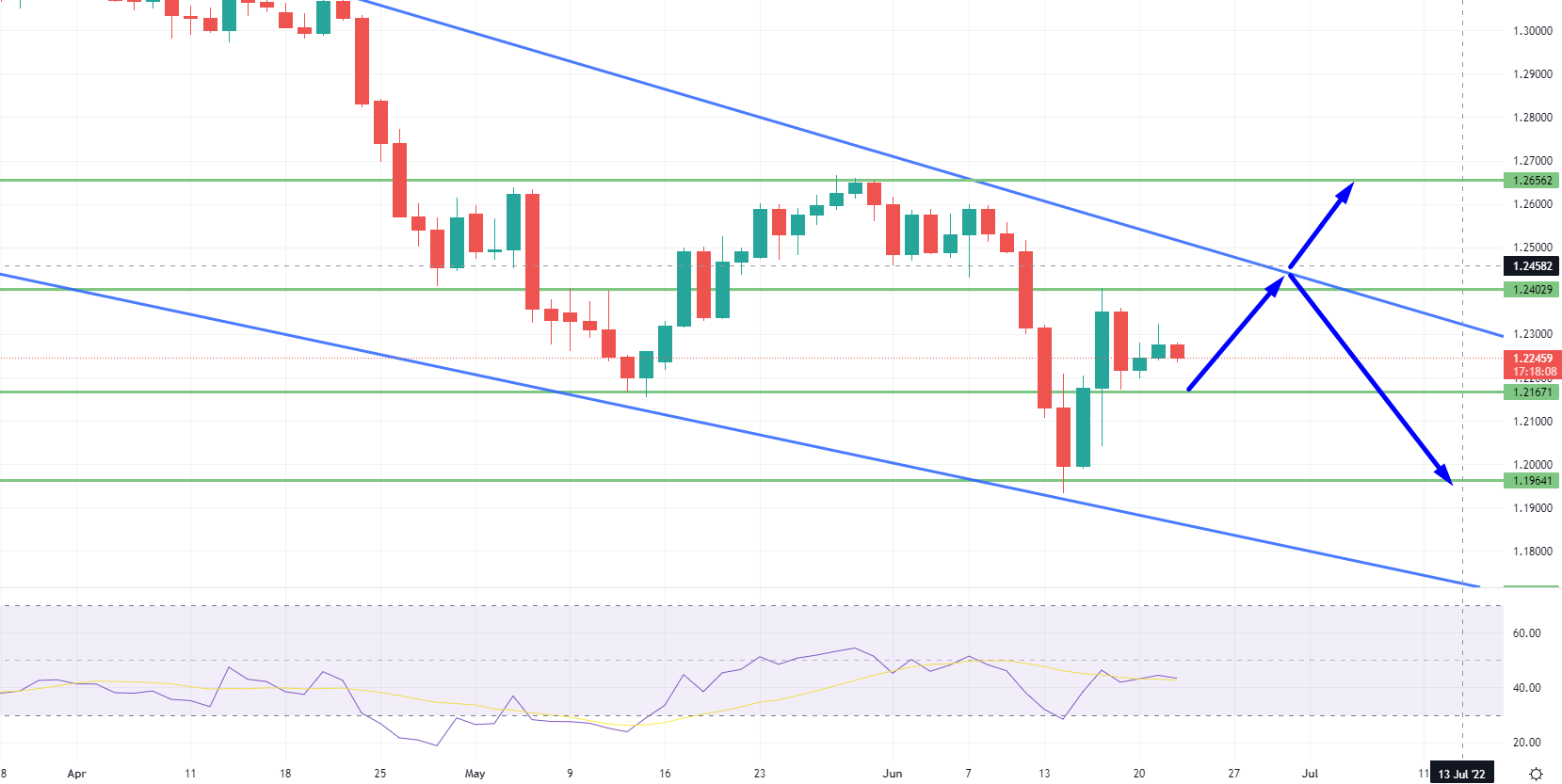 The GBPUSD pair trades positively to move away from the 1.2205 level, reinforcing expectations of the bullish trend continuing, and the price needs to surpass 1.2275 to ease the mission of heading towards our main anticipated target of 1.2490.

As a result, the bullish trend scenario will remain valid and active if the price remains above 1.2205. Today’s trading range is expected to be between 1.2200 support and 1.2360 resistance.

US Dollar On The Rise: A Quick Look At GBP/USD And USD/CHF Signals
24 hours ago