RBA Expected to Raise Rates by 50 bps This Week, the FED and ECB Minutes Coming After - Forex News by FX Leaders

RBA Expected to Raise Rates by 50 bps This Week, the FED and ECB Minutes Coming After

Last week was pretty quiet regarding the economic data, with only Eurozone inflation figures attracting attention in financial markets and to some degree the OPEC meeting which didn’t produce much. Therefore there were not many surprises in the market sentiment and the volatility wasn’t as high as in previous weeks. This week starts with the CPI (consumer price index) inflation on Monday which is expected to show a slowdown in May, followed by the RBA (Reserve Bank of Australia) Cash Rate decision on Tuesday. Below are the most important events explained:

RBA Cash Rate Announcement on Tuesday – The RBA is expected to increase rates for a third consecutive meeting next week with the central bank forecast to deliver another 50bps hike in the Cash Rate Target to 1.35%. As a reminder, the RBA raised rates by 50bps to 0.85% (exp. 25bps increase) at its meeting last month and noted inflation had increased significantly, while it is committed to doing what is necessary to ensure inflation returns to target over time. The Bank added that the Board expects to take further steps in the process of normalising monetary conditions over the months ahead, with the size and timing of future interest rate increases to be guided by incoming data and the assessment of the outlook for inflation and the labour market. Since that meeting, RBA Governor Lowe has sounded more hawkish on inflation which he suggested could hit 7% by Christmas and does not believe it will drop until Q1 next year, while he stated it is unclear how high rates will need to go, but suggested 2.50% was a reasonable level. Furthermore, Lowe noted they discussed a 25bps or 50bps hike at the June meeting and expect to discuss the same options this month as well. This subsequently saw markets price out the chance of a more aggressive move and supports the view that the central bank will maintain the current pace of 50bps which Westpac expects for both July and August, while Goldman Sachs forecasts the RBA to move by 50bps at each meeting through September.

FOMC Minutes on Wednesday – At its June meeting, the Fed lifted rates by 75bps to 1.50-1.75%, and said it continued to anticipate that ongoing hikes would be appropriate, adding that it was strongly committed to returning inflation to its 2% objective. A key statement change saw the line “with appropriate firming in the stance of monetary policy, the Committee expects inflation to return to its 2% objective and the labour market to remain strong” removed and replaced with “the Committee is strongly committed to returning inflation to its 2% objective.” The statement gave no explicit signal regarding the size of the Fed’s July move, although officials have been suggesting that it is likely to be a debate between a 50bps and a 75bps rate hike. Money markets appear to be tilting towards the latter, even after the May PCE report showed inflationary pressures continue to cool. The updated economic projections pencil in rates rising to 3.25-3.50% by the end of this year; that implies the possibility of a 75bps hike in July, followed by a 50bps hike in September, and then 25bps at its November and December meetings. However, it could also be interpreted as three 50bps rate rises followed by a 25bps move. The forecasts see rates peaking at 3.75-4.00% in 2023, implying a front-loaded hiking cycle with the prospect of a further two 25bps rate rises next year. The Fed then envisages rates falling back in 2024. Fed’s Bullard, who votes in 2022, recently said that the Committee’s playbook may look similar to the 1994 cycle, where aggressive rate hikes were then followed by rate cuts the next year; the minutes will be looked at to see if this is a widely held view on the Committee. Elsewhere, the Committee raised its estimate of the neutral rate marginally to 2.5% from 2.4%, which still implies that policy will move into restrictive territory by the end of this year. Accordingly, the FOMC revised down its projections of growth to 1.7% this year vs its 2.8% forecast made in March, and has pencilled in growth at the same rate next year, before rising in 2024 to the longer-run growth rate of 1.9%. The projections suggest a soft landing, something Powell said in the Q&A that he still thinks can be achieved, but did concede that outside events have made it harder.

US ISM Services PMI on Wednesday – The consensus expectation looks for the non-manufacturing ISM headline to print 55.7 in June from 55.9 in May. However, analysts note difficulties in using the S&P Global PMI data as a proxy, the services reading for June saw the headline fall by just shy of 2 points to 51.6, signalling another softening in the rate of output expansion at service providers. S&P said the pace of increase was the slowest since January’s Omicron-induced slowdown. The report noted weaker growth in business activity, driven by a decline in new orders. The report also said that client demand had dropped for the first time since July 2020, and at the steepest pace for over two years, while total new sales were weighed by the quickest decrease in new export orders since December 2020. Regarding the inflation metrics, average cost burdens increased markedly, underpinned by soaring supplier, material, fuel, transportation and wage costs. S&P said the rate of input price inflation was the softest for five months and eased notably from May, but was much quicker than the series average. “Similarly, the pace of output charge inflation softened and was the slowest since March 2021,” and “although firms continued to pass-through hikes in costs to clients, some mentioned concessions were made to customers.” Notably, the data revealed that services providers’ backlogs of work fell for the first time in two years, and that had a knock-on effect on the employment sub-index, which fell to the lowest level in four months. “Inflationary pressures, hikes in interest rates and weaker client demand all dampened service provider expectations for output over the coming year,” S&P said, “sentiment remained positive, but was at its lowest level since September 2020.”

ECB Minutes on Thursday – As expected, the ECB opted to stand pat on rates with the deposit rate, main refi and marginal lending rates held at -0.5%, 0% and 0.25% respectively. On rates, the ECB announced its intention to tighten by 25bps at the July meeting. Beyond July, policymakers stated they will consider a larger increment in interest rate hikes if the medium-term inflation outlook persists or deteriorates. On the balance sheet, as expected, the Governing Council announced its decision to end net asset purchases under the APP as of July 1st. Note, the policy statement offered no fresh guidance on how it could deal with the issue of market fragmentation as it commences its rate hiking cycle. The 2022 inflation outlook was upgraded to 6.8% from 5.1% with 2024 inflation seen above target at 2.1% vs. prev. view of 1.9%. At the accompanying press conference, President Lagarde was pressed further on how the Bank intends to deal with fragmentation, to which she noted that the Bank can utilise existing tools, such as reinvestments from PEPP and, if necessary, deploy new instruments. Later in the press conference, Lagarde noted that there is no specific level of yield spreads that would be a trigger for an anti-fragmentation policy. When it comes to the decision-making process, Lagarde stated that policymakers were unanimous in their views. From a more medium-term perspective, the President was questioned on where the Governing Council judges the neutral rate to be, however, she remarked that this issue was deliberately not discussed. As ever, given the time lag between the announcement and the publication of the accounts, traders will take greater guidance from recent data points and commentary from officials. Furthermore, when it comes to the issue of fragmentation, the ECB carried out an ad-hoc meeting to address the matter and therefore the account will offer little in the way of insight on that front.

US Labour Market Report on Friday – Analysts expect the rate of job additions will continue to cool in June, with the consensus looking for 295k payrolls to be added; that would be lower than May’s 390k, which is lower than recent averages too (3-month average 408k, 6-month average 505k, 12-month average 545k). With Federal Reserve officials emphasising that their focus will be on bringing inflation down, there is less focus on the labour market for now, with the Street more focussed on how aggressive normalisation of monetary policy will hit growth, and subsequently the jobs market. Analysts see the jobless rate holding at 3.6% in June; the Fed’s recently updated projections see the jobless rate ending this year at 3.7%, rising to 3.9% next year, and then 4.1% in 2024; combined with that, GDP is expected to grow just 1.7% this year and next, below the trend rate. These forecasts clearly acknowledge that the aggressive rate hikes will weigh on growth and the labour market ahead, but officials have been talking-up the strength of the economy, noting that the jobs market is strong at the moment. As has been the case for many months now, traders will be carefully watching measures of wage growth for signs of how the ‘second round’ effects are faring: average hourly earnings are expected to rise 0.3% M/M, matching the May rate. Fed officials have recently been suggesting that the debate in July will be between 50bps and 75bps, and any upside surprise in the wages data will embolden calls for the Fed to raise rates by 75bps again on July 27th. Currently, money markets are assigning an approximately 70% chance that rates will be lifted by the larger increment, but if this metric were to surprise to the downside, it could help pricing tilt back into the 50bps bucket. 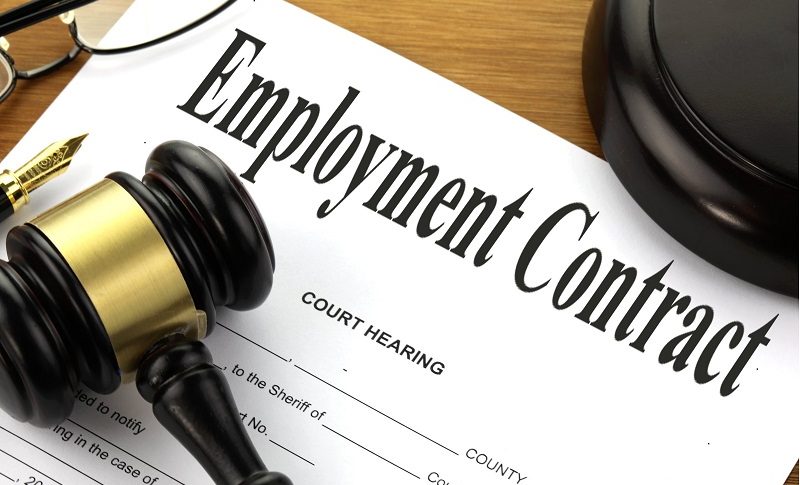