The GBP/USD fell to its lowest level versus the US dollar since 1985. Sterling plummeted to $1.1407 in afternoon trade in London, a level not seen in 37 years, as investors reacted to the United Kingdom’s bleak economic outlook with a new prime minister in charge.
GBP/USD

The GBP/USD was last seen trading at $1.1469, down 0.4%. Liz Truss was sworn in as Prime Minister of the United Kingdom on Tuesday, succeeding Boris Johnson in a closely contested leadership election, taking over an economy experiencing its worst cost-of-living crisis in a generation, with inflation reaching 10.1% in July.

The pound fell to $1.1444 in the hours following her triumph on Monday, but it has since fallen further as markets assess the implications of her nomination. The last time sterling went below $1.14 was in March 2020, following the Brexit result in 2016. The level of $1.1407 has not been observed since Margaret Thatcher’s reign in 1985. 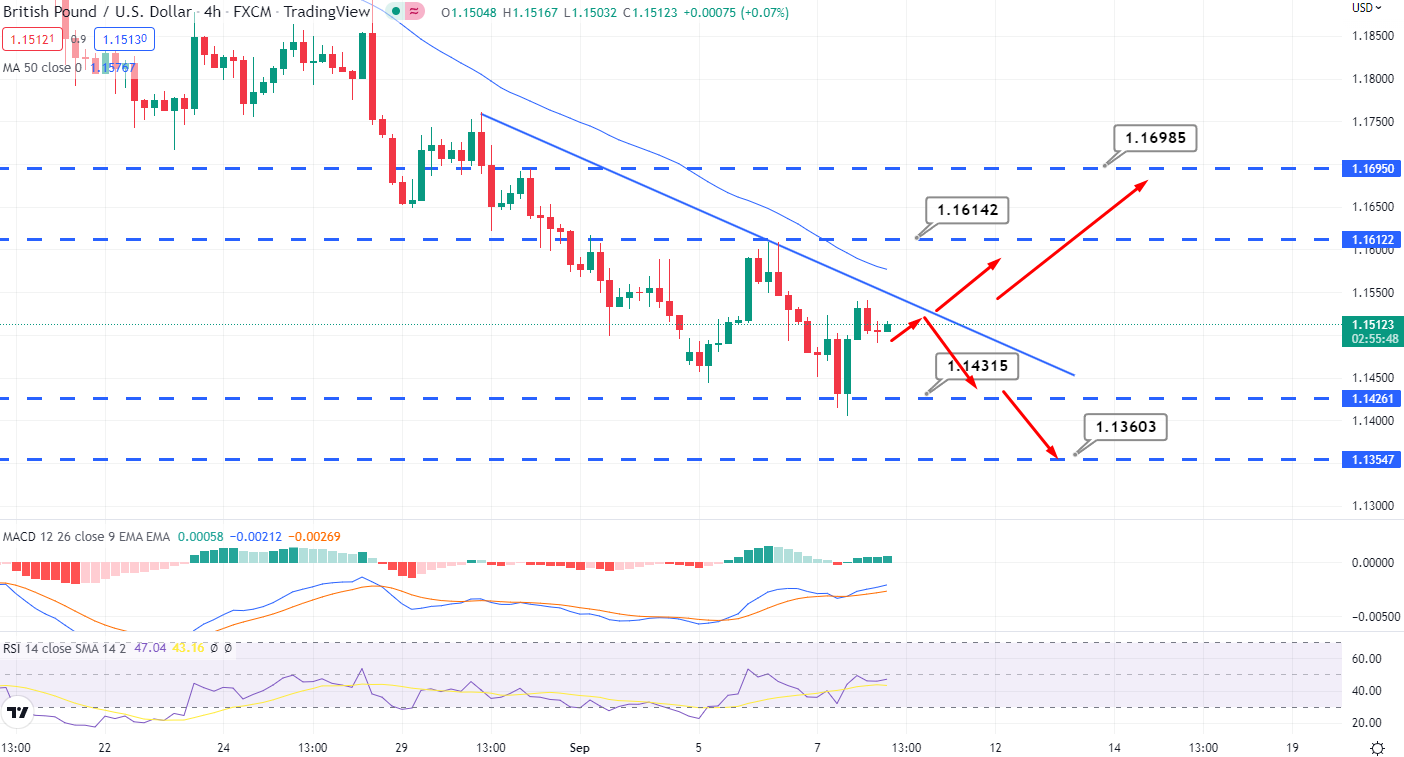 The GBPUSD pair reached our first negative target at 1.1410 and quickly rebounded to head towards a potential test of the bearish channel’s resistance around 1.1610, confirming the bullish bias suggested for the upcoming sessions while noting that the expected rise is only temporary and will be followed by a return to the main bearish trend.

On the other hand, breaking 1.1465 will end the temporary bullish scenario and force the market to fall again, and the bearish targets will begin by assaulting 1.1410 to open the road to 1.1360.