We went through two intense weeks during the first half of February, and we expected this week to be no different. Thankfully chaos was not in store for us. The volatility declined and the price action was more logical, which help our forex signals performance improve. We closed the week with a 224 pip profit. The EU and the UK are negotiating EU membership terms and the comments have been positive so far. We also had some positive economic data from the US so, hopefully, the financial markets will stabilize in the following weeks. We´ll cover these issues in this weekly review. 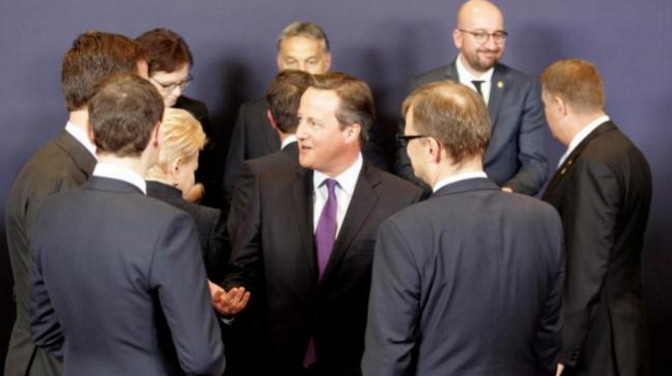 Alright, here we are at the end of the third week of February. It has been really hard to trade in the past two weeks because the volatility has been immense and the price action has been really irrational. I mean, how can you trade when the price action doesn´t follow any technical or fundamental logic? This week, though, the market was more relaxed and the moves were more rational which makes them easier to predict. USD/JPY still traded in an irrational way but we stayed out from it and stuck to other pairs, particularly to EUR/USD. We had six forex signals in this pair – five of which were sell forex signals, as the ECB rhetoric was a little bearish this week.

We opened 17 forex signals this week, one of which remains open, three hit stop loss and the other 13 were closed in profit. If it wasn´t for some surprise fundamental events this week, we would have had only one losing forex signal. We opened one sell forex signal with GBP/USD on Thursday, but a few minutes later the EU officials hit the wires with positive comments about the UK/EU negotiations. That sent GBP/USD shooting about 80 pips higher and, as a result, smoked our signal. On Friday, we opened an NZD/USD buy forex signal which was going in the right direction (about 10 pips in profit), but the US inflation data was surprisingly good and the price declined more than 60 pips… so that forex signal became history. We still had a pretty good week with a win/loss ratio of 81:19 and a 224 pip profit.

After the crazy last two weeks, when the volatility was extreme, we finally had a normal week. In fact, the market showed signs of calming down since last Thursday afternoon after the Bank of Japan had a ring around with second level banks. I don´t know if it was just a coincidence but that was the turning point. Anyway, this week the volatility was pretty normal and the market was more rational. The Euro declined about 200 pips against the USD, partly due to the improved sentiment and partly due to the dovish rhetoric from the ECB members. There were comments again this week concerning rate cuts and on Friday, Constancio mentioned that no one knows how far the ECB can go with negative rates. The Yen declined about the USD in the first two days of the week too, but it later reversed and finished the week just 100 pips above last week´s lows, which tells us that the market is still cautious and we´re not out of the woods yet.

Another highlight this week were the negotiations between the EU and the UK which took place in Brussels. There were comments from both sides that an agreement would be reached but the talks will still continue over the weekend. A poll by the British TV channel ITV earlier this week showed that the British public was clearly in favour of remaining in the EU. Still, the Pound has lost ground since Monday morning. We have had some hawkish comments from the FED members this week and the positive inflation numbers on Friday gave the USD some support but it was short lived since the market is still focused on the broader, global picture. The petrol producing countries increased their rhetoric about petrol production and even had a few meetings between them this week but there´s no pact yet. Some of the countries vowed not to increase the production further but production is at their highest levels ever – so saying that is like saying  you’re driving at full speed but swear you won’t go any faster. They have to cut production to affect the petrol price but Saudis said they will not, and thus the price dived back below $30/barrel.

The economic calendar started with data from Japan on Monday morning, all of which was disappointing. The quarterly GDP numbers showed the Japanese economy shrank by 0.4% last quarter while the industrial production and tertiary industry activity declined by 1.7% and 0.6%, respectively. The US was off that day so no data in the afternoon. The headline for the UK inflation data came out as expected on Tuesday but the core inflation missed the expectations by 0.1% and sent the Pound tumbling. Half an hour later, the German and the Eurozone economic sentiment posted some good numbers beating the expectations. On Wednesday morning, the UK claimant count fell more than expected, which is good, but the unemployment rate remained the same at 5.1% against 5% expected. The US producer inflation and core inflation both beat the expectations and that was the first half of the inflation data. The unemployment rate in Australia jumped by 0.2% to 6.0% on Thursday morning. In the afternoon, the US unemployment claims came out below expectations showing that this sector is in solid shape. On Friday, the UK monthly retail sales jumped by 2.3% but the Pound fell because the market was focused on the EU/UK talks. And that afternoon, the US inflation data posted some positive numbers to complete the entire inflation picture.

The Canadian Dollar is closely connected to the price of petrol. Since the petrol prices have been declining for over a year the CAD has declined too, meaning that USD/CAD has been moving up. The uptrend has been relentless but we know that the price never goes up or down in a straight line. There are always going to be retraces, no matter how strong a trend is and right now this pair is in a retracement period judging from the weekly chart. It has declined for five consecutive weeks but it seems like the retrace might be coming to an end because the price just touched the trend line and the 20 MA which has provided support before. The stochastic just reached the oversold area, so that´s another sign of a possible reversal in the short-term. The technical analysis points up but if the OPEC countries decide to cut production then the long-term trend might reverse altogether. 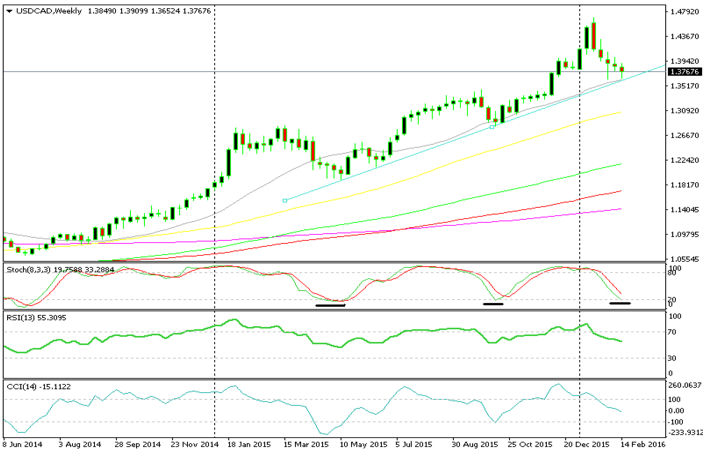 The price just reached the 20 MA and the trend line

Similarly to the CAD, the British Pound has been declining for a few months now, but for a totally different reason. The British referendum about staying in the EU is approaching and the investors are selling the GBP out of fear of a possible Brexit. GBP/USD is oversold in the daily chart according to the stochastic indicator and the price is about 300 pips above the previous low, so this is a sign that a bottom is in place and a possible reversal may follow. The stochastic and RSI are oversold on the monthly chart and the 1.4230 support level has held so far because the price didn´t close below it last month – even though it pierced it for some time. So, there might be a reversal coming up, but everything will depend on the EU/UK negotiations. 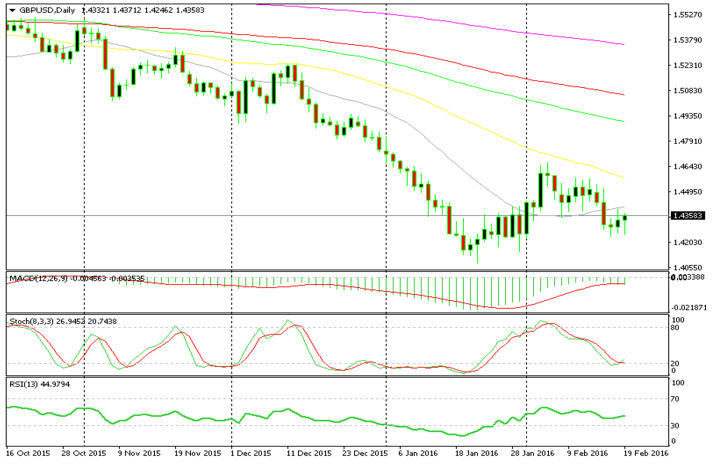 The stochastic indicator is oversold 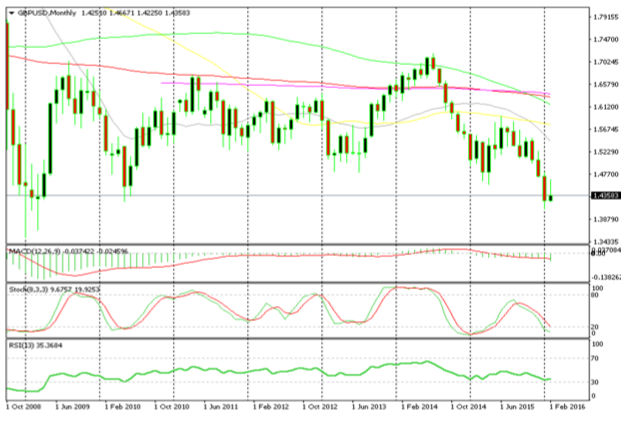 The support level at 1.4230 has held from the first attempt

The third week of this month is over and we are a little bit better off right now. The market calmed down this week after two weeks of extreme volatility which led to some huge moves. This week, the market has behaved normally so our forex signals performance has improved a lot. We made 224 pips this week but there still are some nervous feelings in the market as USD/JPY decline indicates. We hope that these feelings disappear completely next week so we can improve our performance further.