Just When You Think Everything Is Going According to Plan

After a long period of contraction/stagnation/low growth, whatever you want to call it, the Eurozone economy has started to get back on track. Just like the European bureaucracy, the recovery has been slow, but the gears are starting to work and when the wheels start rolling it´s hard to stop them.

That´s how EU works, slowly but always forward, unless there is a shock. It´s like a tank, it slowly but consistently moves forward.

Such has been the recovery in the last several years. It took some time for things to fall in place and for the monetary easing programme of the ECB to start working but we are starting to see the effects. The French, German and the Eurozone and the Eurozone service and manufacturing sectors are slowly grinding away from the 50 (breakeven) level.

Only yesterday, the ECB president Draghi took pride in his/ECB actions and monetary policy when he testified at the European parliament. It´s such a shame the industrial orders plunged in his home country. Both month/month and year/year orders fell more than 10%. Now that´s a huge decline. The year/year industrial sales declined as well, but the monthly numbers saved the grace as they jumped 2.8%. 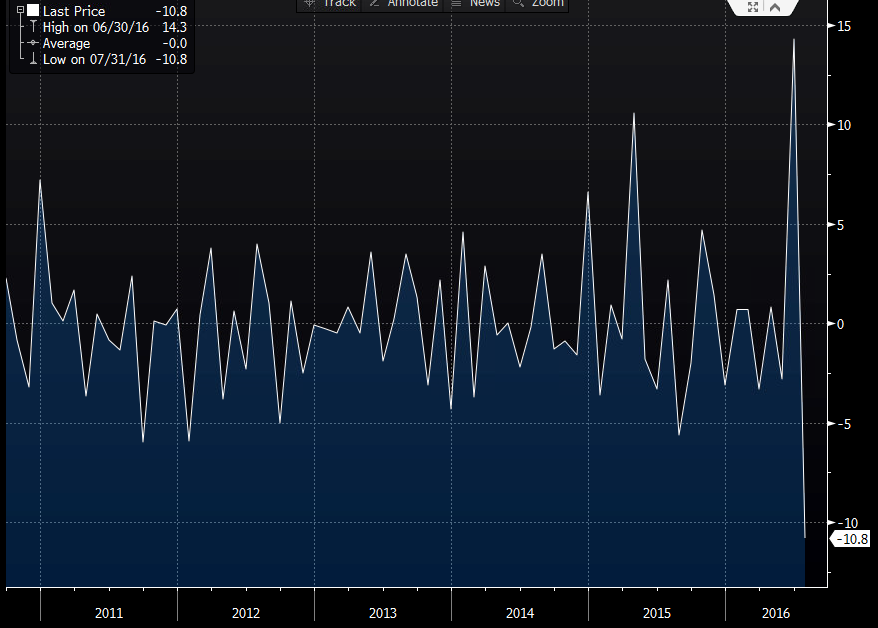 The spike last month was big, but the decline is even bigger this month

These numbers raise many questions.

Is the stagnation in Europe over?

Is it just Italy falling behind?

Is it just an odd month?

We have to wait for the economic data from the EU in the coming months to see if the recent uptrend in the European economy is sustainable or if it was just a summer dream.

Gold Retesting the Downside of the Range, After Buyers Failed at Resistance
2 weeks ago