The Powerful German Engine… Just What the Doctor Ordered

The German engine is steaming up at full capacity. All hail the mighty Germans! The German business climate data was released about an hour ago and it was marvellous. I mean, don´t expect readings like 120-130 only several months after a global economic cramp. If you can recall, a few months ago, Europe was facing deflation and economic growth was almost flat, if not eating on itself (contracting). A reading of 110.5 is as good as it gets nowadays; it is 9 points above the expectations and a pretty good number after all.

Looking at the details, the report gets even better. The current business conditions indicator showed a further improvement as it ticked 0.3 points higher to 115 from 114.7, previously. The future seems even brighter as expectations for business conditions in the coming months increased by 1.6 points.

Construction beat the expectations as well, but the manufacturing sector is the outperformer. Jumping from 13.3 to 16.7 in a single month means a 25% increase in the manufacturing activity from September to October.

The industrial activity in Europe seems to be picking up pace quite quickly in the last few months. The Italian data for the industrial new orders was published right after the German figures and it showed a jump from -10.4 to 10.2 points.

The Eurozone economies are relatively well integrated among themselves, thus they have a great impact on each other. They import and export most of the goods and services from each other, so when one country is doing well, in this case, Germany, the positive impact is quickly passed on to its neighbours and vice versa. The recent numbers show that all the U economies are helping each other pick up, which has accelerated in the recent months. As the German manufacturing activity grows, the industrial new orders jump in Italy.

The recent economic improvement in the US and in China have been a positive factor as well. The Japanese and the UK economies are all that´s left now for all the pieces of the puzzle to fall in place. But Japan has been in doldrums for decades and the UK is digging its own hole, so that´s another story.

The story right now is that the global economy is starting to enter another phase. The US, EU and China are by far the three largest economies/economic zones and the biggest consumers of the globe and the great thing is that, since August, all three of them are moving up pretty quickly. 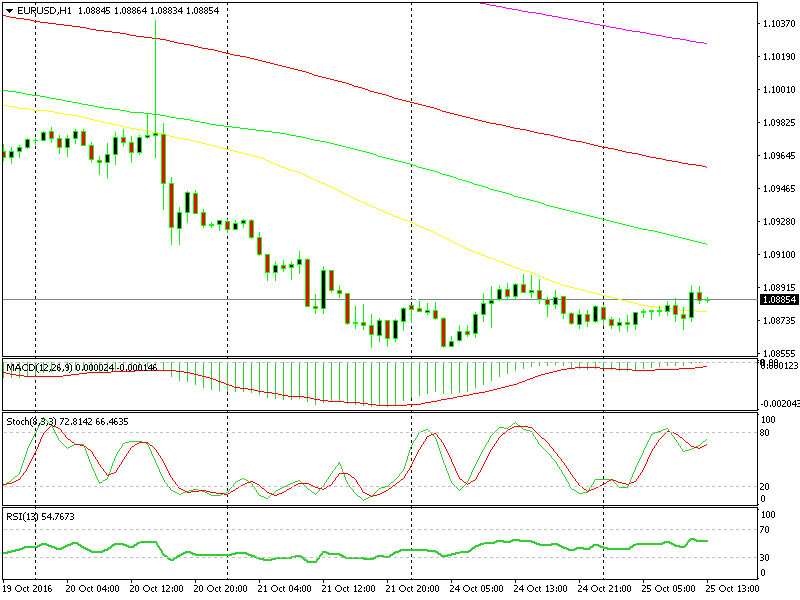 The better German economic data is very important for a positive market sentiment, despite the small jump in EUR/USD.

Getting back to the Eurozone data and the Euro, Draghi´s master plan seems to be working. The QE (quantitative easing) programme is bearing fruit and if this goes on for a couple more months, than I expect increasing rumours for an end to this programme.

The Euro is only slightly better off after the data was released, but what´s more important is the accumulation of the positive pieces of the puzzle which form the entire Eurozone economy. The German business climate and the Italian industrial orders are just two more pieces of that puzzle, and when enough pieces get together, the ECB will step up with rhetoric first. When that happens, which might be just a month away for that matter, a new era will come for the Euro and the northbound Euro train will start rolling.

This is the reason we analyse all these economic data releases, guys. All the pieces together form the market sentiment and when the sentiment turns bullish for the Euro, all that´s needed is a word from Draghi to start a long term uptrend in Euro pairs. We hope to get the timing right, so we don´t get in too early or too late on a long Euro position, thus minimising the risk.