The last round of US economic data was published a few minutes ago and it was just good enough to support an interest rate hike in December. It includes several sectors of the US economy, such as the labour market, inflation, construction, and manufacturing.

Starting from the bottom, the US manufacturing sector seems in good shape despite the miss in the headline number. If you look at the components, all of them are much better than the last reading.

The new orders increased, prices paid and received jumped to 27.5 points from 7 previously and from 3.7 to 16, respectively while employment and inventories also improved.

I guess the higher prices will help send the core inflation higher later this year. That´s because the US core CPI (consumer price index) ticked one point lower, despite the main CPI number ticking one point higher.

When it comes to employment numbers, they were a bit of a mixed bag; the wages grew remained flat last month but the previous number was revised higher and the annualized wages moved higher to 0.9% from 0.8%. Not a great salary increase if you are working class in the US, but at least better than most developed countries. 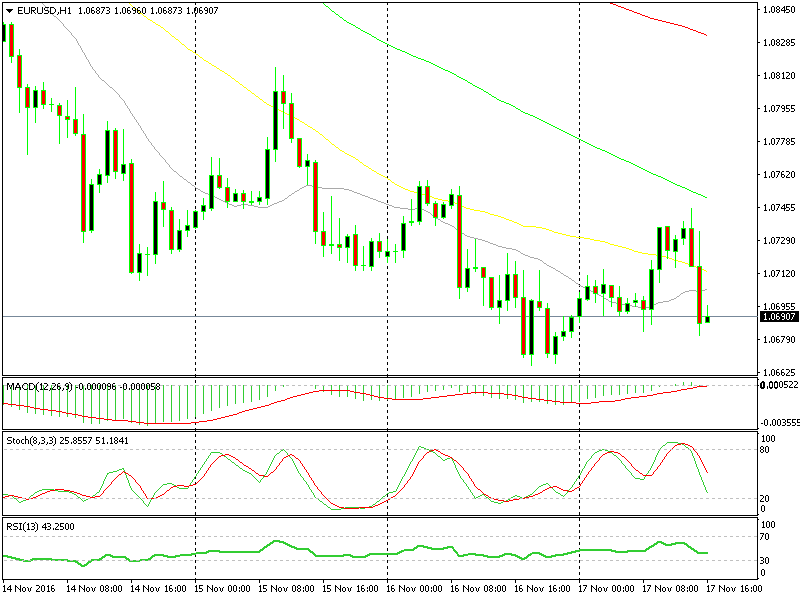 We did say this morning that the 1.0730-40 area was a good spot to sell this forex pair

FED's, Yellen, blamed the labour market in her testimony today, so now the FED won´t have any excuses left not to hike rates in December. Our EUR/USD signal which we opened around 1.0738 hit take profit after the US economic data was released. Another 25 pips in our pocket, thank you very much.