We have looked at this forex pair a few times recently and we also conducted a GBP/USD technical analysis in the monthly review for November. To our defence, the price in GBP/USD is getting near to some important long term levels, so we´re itching to open a forex signal here.

However, before we go all in, let´s have another quick look at the levels which might be the turning point. 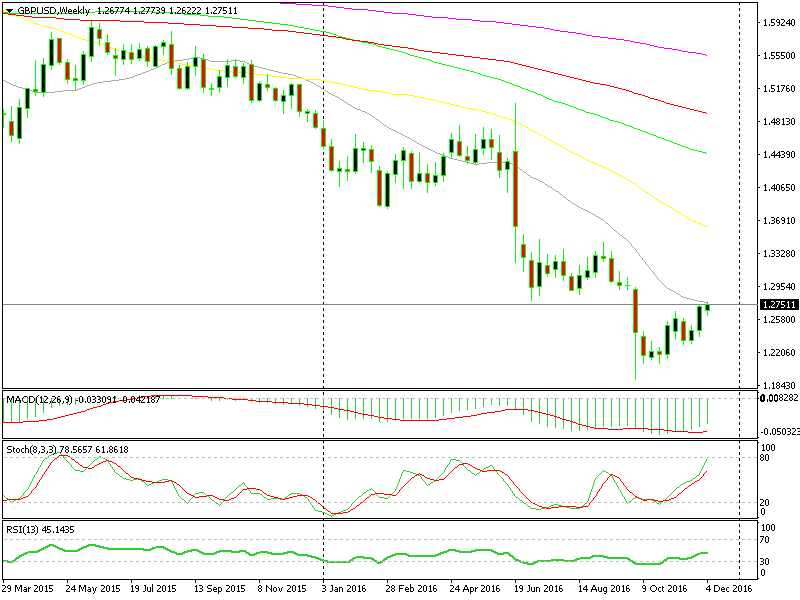 Will the 20 SMA reverse GBP/USD?

Looking at the weekly GBP/USD chart, we see that the price is sitting right below the 20 simple moving average (20 SMA) in grey. That hasn´t been a solid support/resistance level in the past, but if you look at the far left of the forex chart, you can see that it has provided support and resistance a couple of times last year.

Normally, I wouldn´t trust the 20 SMA just by the historical support and resistance it has provided because that´s way too weak. But, in abnormal times when the trend (downtrend in our case) has been so strong, the smaller time frame moving averages come into play and they do the job of the higher time frame MAs.

Besides that, the stochastic indicator is really overbought, which increases the odds of a reversal. So, the picture in the weekly chart has me all worked up and I´m really itching to open a long term sell signal here. 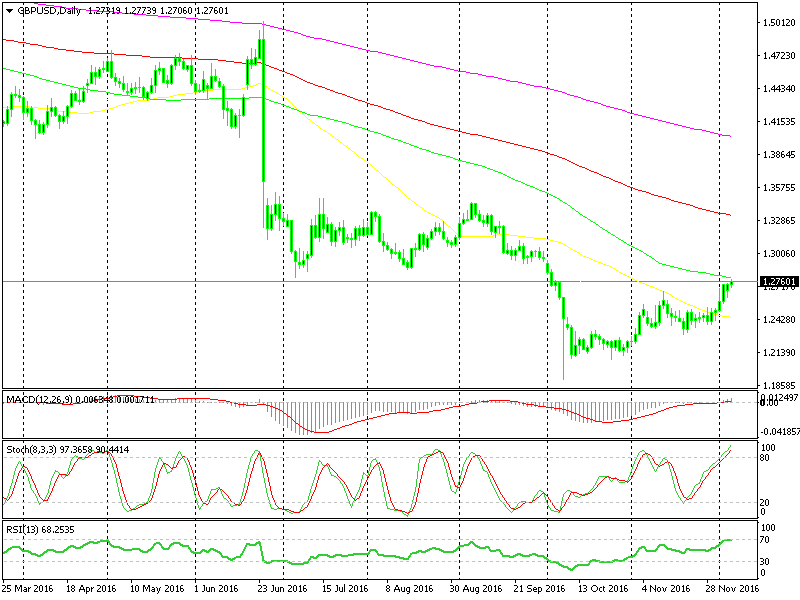 Switching to the daily chart, the technical analysis here is even more bearish. Here, both stochastic and RSI are overbought and the price is right below the 100 SMA in green. So, this makes it two large time frame charts screaming "sell". Now the price might not reverse and start the next leg down, which would probably end below 1.20, but a 300 pip trade is perfectly doable as the daily chart presents us.

The next decent moving average which might stop the reverse (if it happens) is the 50 SMA in yellow but that´s about 300 pips lower, so even if the continuation of the downtrend scenario fails, a 300 pip profit is not too far reached here.

That said, the Brexit process has gone to the UK Supreme Court and we have no idea what direction it will take. As I said in one of our yesterday´s updates, the direction of the GBP will be unclear whatever decision by the Supreme Court takes. So yes, it is dangerous but that´s forex to everyone.

No pain, no gain. I might pull the trigger right now or I might hesitate and lose the opportunity, but that´s a trade idea for you guys and judging by price action, which is finding the upside tougher and tougher every time it tries it, it feels like there´s not much time left before the reverse down happens.