The GBP just lost around 50 pips across the board, with the loss in some GBP pairs being even bigger.  GBP/JPY, which is considered the beast in forex jargon, lost about 90 pips. The reason for this was the manufacturing and industrial production.

So, catching a 50-90 pip move in a few minutes is a pretty good trade, but that´s not what I had in mind when I wrote the headline. Catching this move would be a fundamental trade, but you cannot know what the economic numbers would be, particularly in recent times when surprises are not that often. The big miss this morning in the Australian GDP report is just an example.

The title refers to the GBP/USD trade idea that we shared with you guys yesterday when the price in this forex pair was around 1.2770. We pointed out that the price was overbought on the daily GBP/USD chart with the stochastic and RSI indicators well overbought, apart from a couple of moving averages topping the move of the last several days.

From a technical analysis point of view, we thought that this was a good opportunity to open a long term sell forex signal in this forex pair, but with the twists and turns we have seen in the Brexit process so far and with the UK Supreme Court due to give its verdict soon, we preferred to stay on the sidelines. 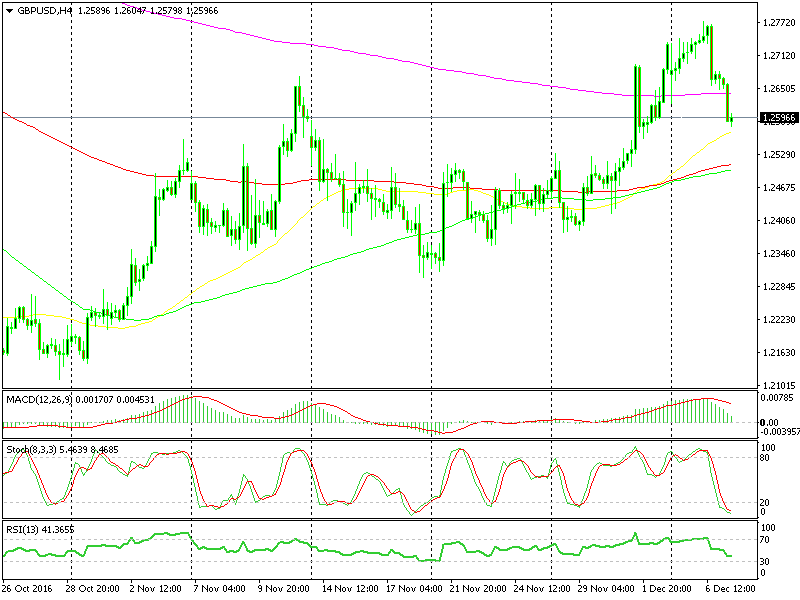 This morning I see that the price is about 200 pips lower. If you took that trade, then well done to you, sir. The disappointing UK economic data a while ago gave this pair another push down and it gave you guys another 50 pips in your forex account.

That seems like a strange coincidence, but as I have often mentioned before, you´d be surprised how many times the technical analysis, fundamental analysis, and price action all line up. But that´s not a coincidence; forex traders take the price up or down to an important support/resistance level or moving average, then they park there waiting for the economic release. That´s how these moves happen which look like a coincidence, but they´re not really. 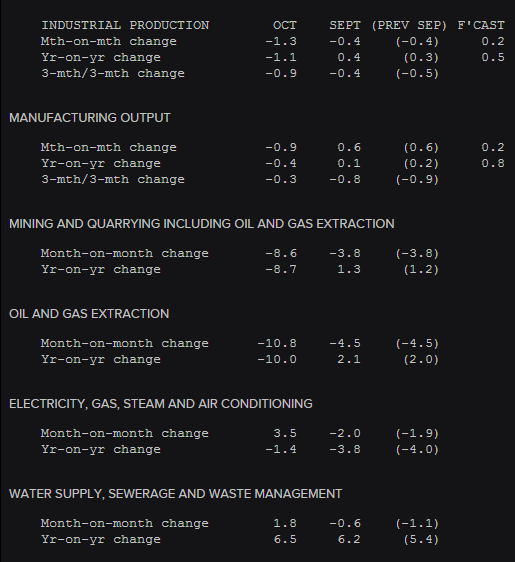 Same as in the previous month, the surveying firm ONS said that the disappointing industrial production number was due to some shutdowns in the North Sea oilfields, but that doesn´t sound very credible to me. Manufacturing took a beating as well, didn´t it?

Anyway, GBP/USD is about 200 pips lower and I can´t help but feel a hollow in my chest for not taking that trade. Still, I don´t think it´s over yet. We might get another opportunity if the GBP/USD retraces back up to 1.2700-50. Maybe the unemployment claims or ECB´s Draghi will grant us a second chance tomorrow.