So Far This Morning - Forex News by FX Leaders

So Far This Morning

Here we go again, starting the day with what we have missed so far and the economic data is first on the agenda since the price action in most forex majors, apart from USD/JPY, has been completely muted and the levels are more or less unchanged.

Our Japanese colleagues kicked off the day with the BOJ (Bank of Japan) monthly meeting. The Japanese Yen had been sliding all day yesterday in anticipation of the BOJ meeting but nothing extraordinary happened there. The BOJ kept the interest rates unchanged which was a relief for USD/JPY traders as you can see from the 150 rally since early this morning.

There were talks about the value of Yen, too, and I was surprised to hear the BOJ chairman, Kuroda, "complain" about the weak currency. I bet he's just doing his bit in this game so he can look like he is not happy with the current USD/JPY levels. I realised he was joking right when he said that the Japanese economy will continue to grow above it's potential from now on. Yeah right, as if it's anywhere near its potential, not that we know the real potential.

In Europe, things seem a little brighter as the Swiss trade balance beat the expectations while the Eurozone current account grew further by 3 billion Euros to above 28 billion. This puts the EU at the forefront of exporting economies, together with Switzerland, Japan, and China. 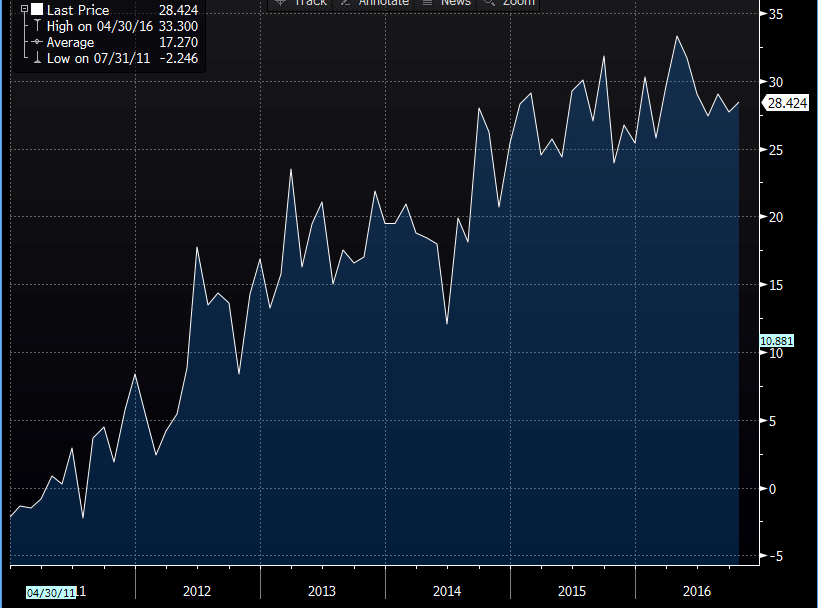 Judging by the German PPI chart, I don´t blame the Germans for condemning the ECB QE programme.

The best thing yet was the better German PPI (producer price index) which was expected to grow by 0.1% in November but instead, it grew by 0.3%. This is another load on the ECB boat which is being filled bit by bit. We have to keep an eye on it so it doesn´t leave the dock without us when the ECB decides to tighten the monetary policy.