Morning, traders. Hope you had a nice and relaxing weekend. As it is the beginning of the day, let me give you some insights about the market to plan your trading.

Gold is trading strongly bullish at $1217.95, adding  +13.05 points and +1.04% in the early Asian trading session. The fluctuation was highly anticipated. Are you wondering why?

As you may recall, the Donald Trump inauguration occured, he officially took office on the 20th, and had his first speech. The speech proposed anxieties concerning protectionist trade policies, offsetting announcements of large infrastructure investment. Further, there were no remarks on fiscal stimulus, which failed to satisfy investors. On the political front, his words baffled to lend a hand to those that didn't vote him. It now seems like the U.S is a nation lead by an alienating campaign causing the Greenback to suffer the consequences.

Elsewhere, the demand for yellow metal was also supported by the economic figures released on Friday by the world's biggest Gold consumer, China. This revealed that China’s GDP (gross domestic product) surged 6.8% in the fourth quarter of 2016, which slightly exceeded the expectations of 6.7%.

Besides this, let's have a technical view of Gold.  The yellow metal is struggling to violate the well maintained ascending triangle in H4, having a strong triple top resistance level of  $1217.50. As I'm writing, the yellow metal has tested the $1218 area, while the breakage above is likely to open more room for buying till $1224 and $1228. 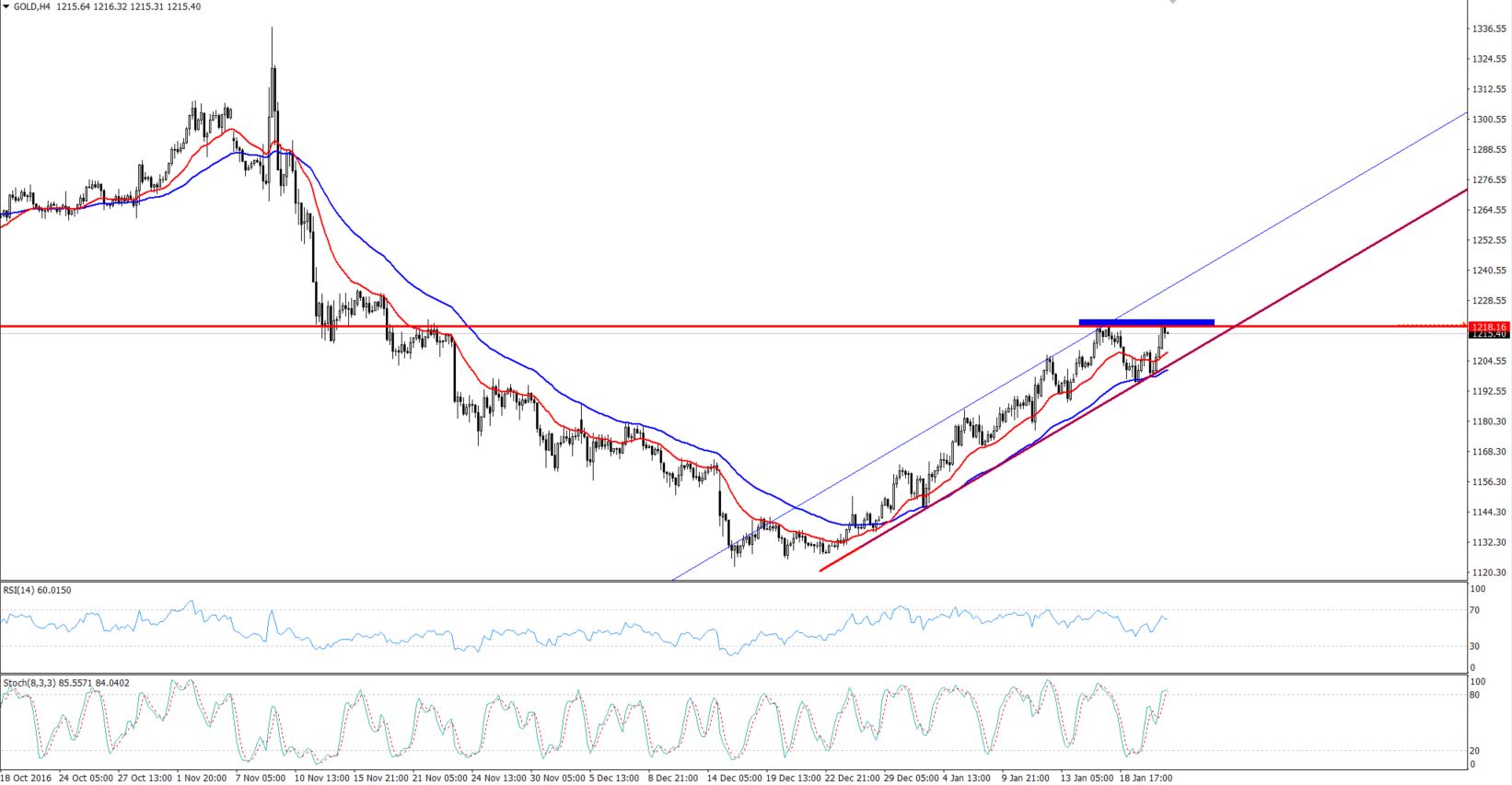 Silver, a Gold correlated commodity, is also trading bullish at $17.227, adding +0.195 points and +1.14% in the early Asian sessions. It is continuing to trade with the same U.S fundamentals.

Let me share some technical insights on the Silver. Looking at the H4, we can see Three White Soldiers, demonstrating a bullishness of Metal. Besides that, it has failed to break out of the ascending triangle and a strong triple top resistance of $17.20, while it's still consolidating in a daily trading range of $17.200 – $17.03. 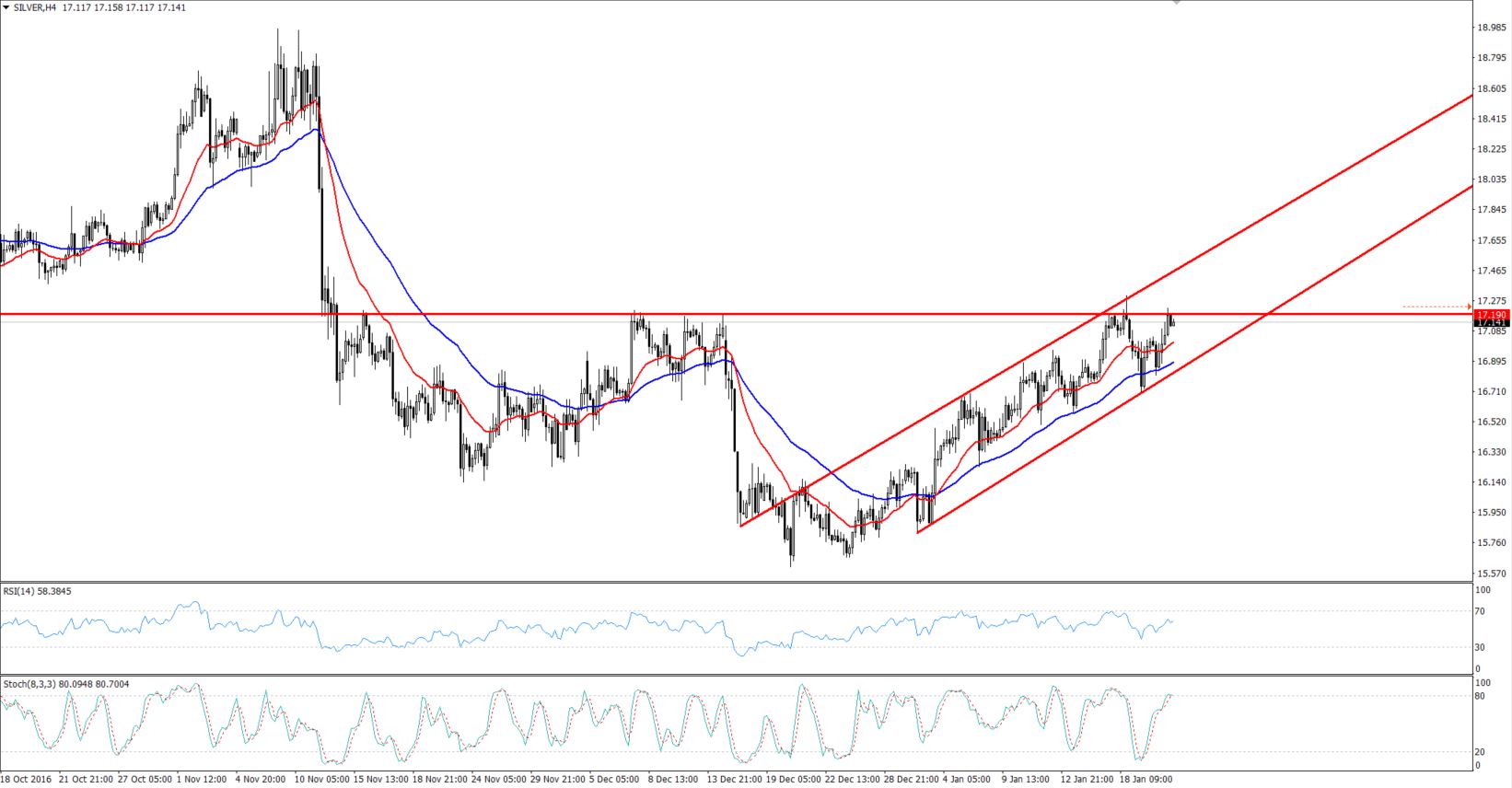 In Silver,  the investors are recommended to keep an eye on $17.200. If market violates this level by closing the candles outside the ascending triangles, the traders may enter some buying positions aiming at $17.33-35.  Whereas below $17.200, the selling opportunity prevails with a target of $17.03.

Lastly, the economic calendar is not likely to release any major economic event that may impact the Gold & Silver Trading, so the market will move on technicals. Besides this, we need to focus on the technical levels suggested above in the body of the report.