Morning, traders. I hope you are back after having a relaxing weekend; you must be excited to start a new trading week! Let me share some insights on the market updates and potential trade opportunities in the market.

Gold is trading slightly bullish at $1224, adding +4.5 points in the early Asian trading session. The bullish fluctuation in the bullion was highly anticipated. If you are wondering how, let me share my fundamental analysis on it.

The  Bureau of Labor Statistics declared the U.S. economy added 227,000 jobs in the month of January from the previous month, whereas the unemployment rate edged higher to 4.8% from 4.7% in December, as more Americans entered the workforce. However, average hourly earnings expanded 2.5% in January from the previous year, lagging from 2.8% in December. So, the slowdown in the wage growth aroused cautions among the investors and increased speculation that the Fed may avoid the interest rate hikes too promptly.

Overall, the Gold surged 2.537% in the previous week as the yellow metal traded around $1,218.94, following the remarks and diplomatic blunders by the U.S. President, Donald Trump, that fueled demand for bullion. 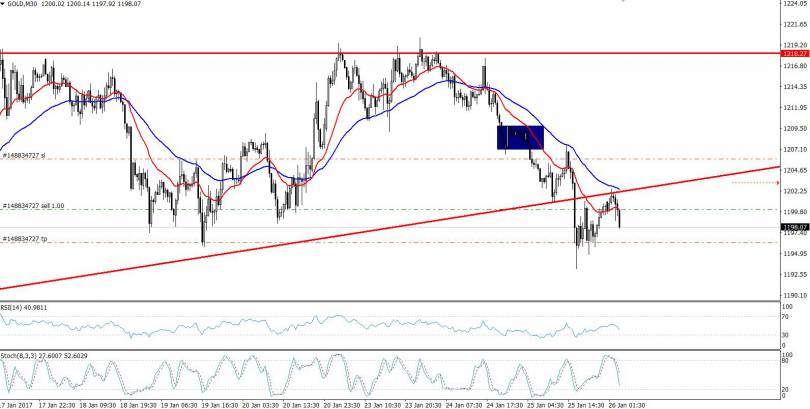 Besides that, the bullion is likely to remain in support if President Trump holds with a combative agenda centered on trade and immigration rather than focusing on the fiscal stimulus and infrastructure spending.

Let's have a look at the technical side of the Gold. As we can see in the chart, it's consolidating around $1224, testing a major resistance level of $1224-25 and has also formed an ascending triangle pattern in the H4. Further, the RSI holding around 65 along with the EMA's, both 20 & 50 periods, are supporting the precious metal.

So based upon the analysis, I would recommend traders to closely monitor the crucial level of $1225. The sell positions are preferred only below $1225, with a stop loss above $1227 and having a take profit at $1221. In an alternate scenario, buying is recommended only above $1225, having placed a take profit of $1227.

Elsewhere, the Silver is also trading slightly bullish near $17.54, adding 0.083 in the Asian trading session. The precious metals edged higher at $17.51, a troy ounce on Friday, and concluded the week with gains of 1.7%. 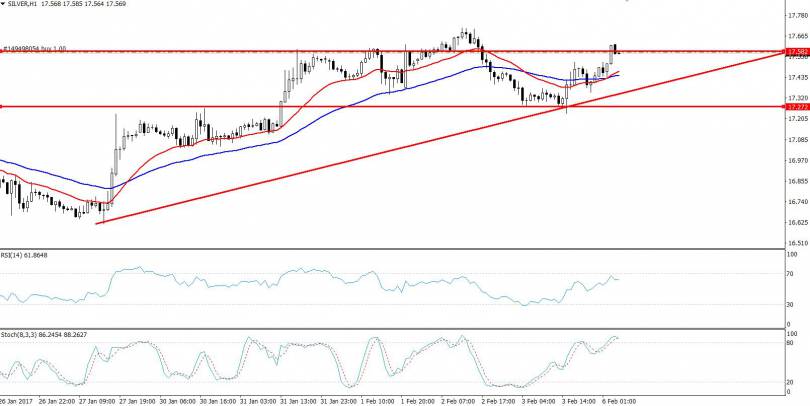 Well, the chart of a Silver demonstrates that it's consolidating below a major resistance level of $17.67, following a hanging man candle in the daily timeframe, emphasizing that the buyers are looming around the area. However, the RSI is holding at 60, with a slight shift from the 57, supporting a bullishness in Silver. Lastly, the bullish trend is also supported by the EMA's.

Hope for the best!

Gold Slips Below $1,770 - Stronger US Retail Sales in Play
3 hours ago