Last week was pretty good for us, and we thought that we settled into the new market environment… but the market itself hasn´t settled yet. One week, the market reacts with excitement over a Trump gaff… only to panic after most tweets! The Buck obviously follows the market sentiment – so up and down we go.

This week things got even worse because Yellen entered the scene as well. The forex market has diverged slightly from other fundamentals (except for politics) in recent times, but the central banker still has a say in all this.

From what I understood and from what I heard from other colleagues, Janet Yellen was pretty hawkish this time, probably the most hawkish she´s ever been, and yet the market got the idea that the Dollar must go down. All this is confusing because the technical indicators are being ignored as well and, unfortunately, we ended up in red this week. 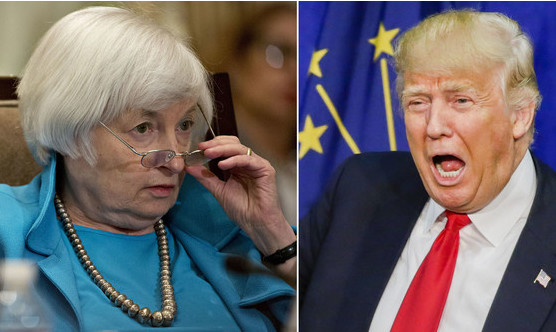 Ever since Trump started bullying the markets, the technical indicators have lost their relevance a little. Not entirely, though, because it would be important to trade.

But, you cannot trust them as much now as you could a few months ago. You can´t even trust trends. EUR/USD started a nice downtrend about two weeks ago, which lasted until the middle of this week and then suddenly reversed.

This obviously makes trading hard and with Yellen on the scene again, things have become even harder this week. That´s the reason we closed the week 32 pips down this time.

It could have been worse if it wasn´t for our oil signal, which we have lately introduced together with some other financial instruments. Our section of the indexes and commodities will be bigger in the coming weeks, by the way. We´re still up for the month and hope to make up for this week in the next few days.

The forex calendar has now changed, with Trump blazing through and creating upsets. The issue is his unpredictability, as the market just doesn´t know how to react to it. This week Trump talked with media about the media, which he openly despises. I don´t know or really care what they talked about but the market´s reaction is important.

You can see how difficult it is to trade this market from the way it reacted to this meeting. It didn´t really move during or after it but most of the action took place beforehand.

Yellen was a factor as well this week. She said some pretty bullish things in my opinion but the market reacted the wrong way again. She acknowledged that inflation has improved significantly in the last few months and she also answered that they can´t tell whether a rate hike will come in March or June. That tells you one thing, though, that another rate hike is coming soon.

All the other FED members were pretty hawkish too. Yet, that was the day the Buck started reversing from the two-week downtrend.

The week started with the Japanese GDP report showing a miss in the Q4 of 2016. At least it grew by 0.2%. The Chinese inflation numbers, on the other hand, were positive. The CPI (consumer price index) and PPI (producer price index) beat expectations by four points combined, which sent the Aussie surging.

From the British Isles, we saw only bad numbers this week. The inflation report was mainly negative and the earnings plunged two points. Retail sales were even worse as they declined by 0.3% when they were expected to grow by 1%.

The US economic data was totally the opposite of what we saw in the UK this week. Inflation nearly doubled, retail sales quadrupled and even manufacturing picked up. Of course, Trump will be quick to take all the credit.

As you can see on the daily USD/JPY chart below, the 50 SMA in yellow was a solid resistance this week. On Tuesday, the price reached as far up as 1.1495 where this moving average was and then immediately reversed.

The daily candlestick closed as a doji that day, which is the perfect reversing signal and now we find this forex pair about 200 pips lower and still heading down, with stochastic and RSI indicators right in the middle of the field. 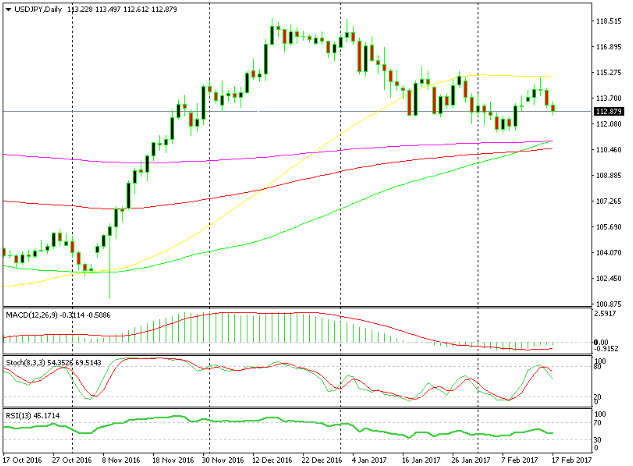 The daily chart is pointing down

The weekly chart seems to be heading up, though, since the stochastic is oversold. But, the price failed to break above the 100 SMA in green this week so that´s a contradicting signal. Make of it what you will! 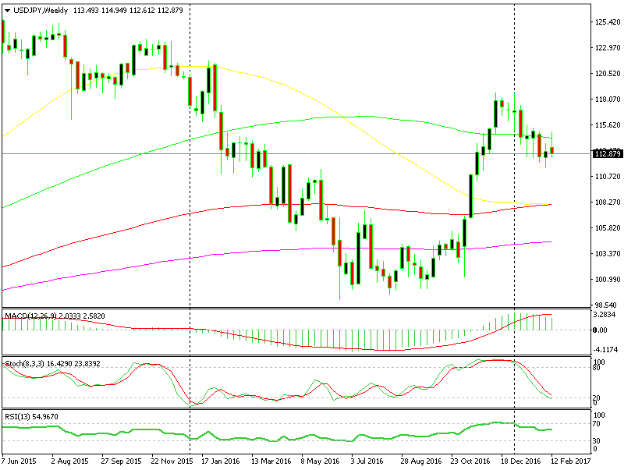 The weekly chart doesn´t give a clear direction

That´s it for this week, the market moved up and down but it was all for nothing since the moves were very casual and we ended up giving about 40 pips back to the market.

The market is going to be like this for a long time now that Trump is around, but I hope next week the moves are a bit more rational. I´m sure we will get back to last week´s performance if the market becomes just a tiny bit more predictable.