Since it was a bank holiday in the United States in observance of President's day, we saw a thin volatility in the market. Even then, we excellently took our share from the precious metal Gold and Silver. As we discussed in our 20th of Feb Morning Brief, the Gold hit take profit at $1237 and helped us secure nearly 40 pips.

Yesterday, the U.S Dollar Index, a measure of the greenbacks strength against major currencies, edged lower because of thin volatility in the U.S. markets as banks remained closed in observance of the holiday. Today in the early Asian trading sessions, the U.S Dollar index is trading at $101.20, up +0.28 points and +0.28% as investors jumped into the market to buy an oversold currency. Let's discuss trading opportunities prevailing in the market today.

The Euro is continuing to trade under pressure due to upcoming elections in different parts of the Eurozone. The French Presidential election ahead has heightened the political uncertainty, keeping investor focus on less risky investments.

At the moment, the EUR/USD is trading lower at $1.0582, with a modest drop of -0.0030 points and -0.28% as the investors main focus remains on the plentiful manufacturing figures due to release in the European Session. Looking at the forecasts, we can see almost all of the events are expected to release lower figures than the previous ones, which will impact the Euro currency. Let's wait for the actual figures. 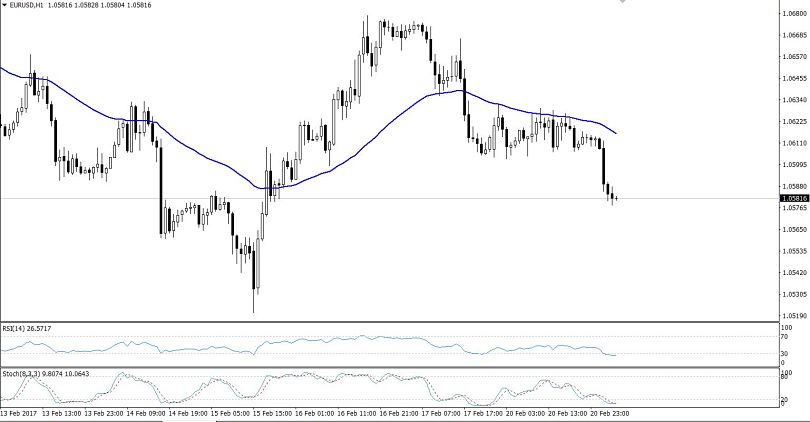 Let's have a look at the technical side of the pair. The 1 – hours chart demonstrates that the pair has a strong sell-off of more than 30 pips. This was initiated when the pair broke below a major triple bottom support level of 1.0601. The RSI value suggests that the pair is trading in an oversold territory and we may see some buyers jumping in to catch the retracement.

I would recommend investors to wait for the retracement until $1.0591 to enter their selling portions. Aside from that, don't forget to monitor the economic events as we may see a change in the trend on unexpected releases by the market.

Japanese Yen, the safe haven currency, lost its appeal on Tuesday as investors switched their focus towards the Greenback after the long holiday, triggering the demand for a single currency.  Meanwhile, the investors are also focusing on the better-than-expected Japanese manufacturing PMI index that was released at 53.5, beating the expectations of 52.7. 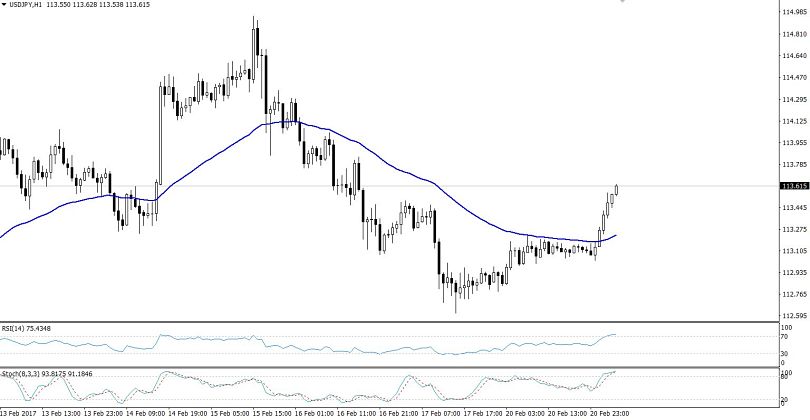 Currently, the USD/JPY trades at $113.56, up +0.46 and +0.41% in the early trading sessions. If we look at the chart, we can see that the pair has a clear bullish bias since its trading above 50 periods EMA. The value of RSI is also holding above crossover level.

We can see a further buying trend in the pair until 61.8% Fibonacci retracement level in the 1- hour timeframe. The support prevails at $113.225, whereas the pair is likely to find a resistance around $113.75.

At the moment, it's trading in between the upper and lower range with an unclear trend. In my opinion, we should wait for a clear trade setup rather than forcing a trade.