Morning, traders. As discussed in our 21st of Feb Morning Brief, the market was dominated by numerous manufacturing figures released by the Eurozone. The single currency Euro found some support as the economic figures were highly in favor. Later in the New York trading sessions, the remarks from Cleveland Fed President, Loretta Mester, gave a new direction to the market.

Her tone was quite hawkish as she said that they are “comfortable” raising interest rates at this point as inflation pressures pick up. On that note, the Dollar Index traded bullishly and added 0.53% yesterday.

Today, investors are anxiously waiting for the FOMC meeting from the U.S for further clues on the upcoming policy decisions.

EUR/USD, the Most Liquid Currency Pair

Let's recall the 21st of Feb Morning Brief, where I suggested to wait for a pull back until $1.0591 (Fibonacci retracement level) before further selling. The EUR/USD market moved exactly as per recommendation and a major support was provided by fundamentals.

Interestingly, the German manufacturing figures revealed that the output expanded at the fastest rate in over 3 years along with the services activity that also surged firmly.  Germany is a major business hub of the Eurozone and it's manufacturing figures signals a lot about the next policy action of the ECB.  For instance, a better figure fuels the hawkish policy sentiment from the European Central Bank. If they go for the hawkish policy, that means contractionary monetary policy by increasing the interest rates and tapering the bond buying program. Previously, ECB's President, Mario Draghi, left the policy accommodated by keeping the interest rate near to zero. 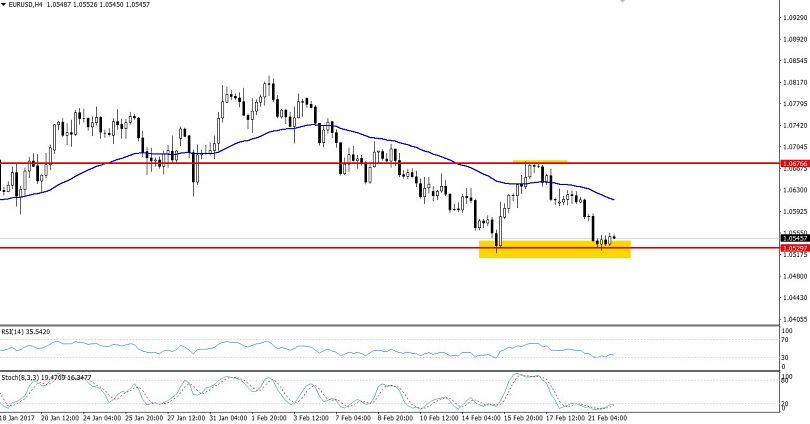 Let me draw your attention towards a major support level of $1.0530. We can find a double bottom level as this has tested a particular level twice in the 4- hour timeframe. Currently, EUR/USD is trading at $1.0543, so let's keep a close eye on the $1.0530 as the break of this level is likely to push the pair deeper towards $1.04885.

Today, the USD/JPY is supported after the hawkish remarks from the Governor of the Bank of Japan (BOJ), Haruhiko Kuroda. The Japanese Yen strengthened in the early Asian session as Kuroda reaffirmed that expanding the negative interest rates are less likely. Investors fueled the demand for a single currency as the central bank is not going to increase the money supply in the market. 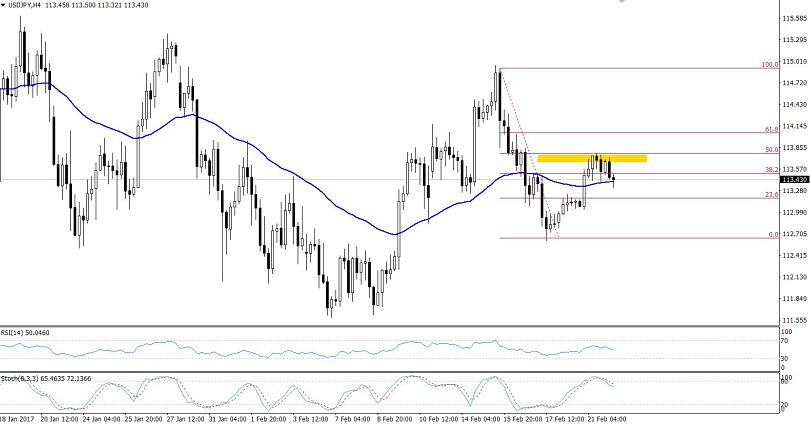 At the movement, the pair is trading sideways at $113.53. The indecision in the pair is due to the stronger Dollar and stronger Yen which is confusing investors regarding its ultimate trend. We need an additional fundamental support to decide the further direction of this pair. All eyes are on FOMC which is due later today.

Looking at the 4 – hour chart, we can see the leading indicator RSI is holding at 50, demonstrating a neutral sentiment of the investors. It will be a good idea to stay away from the market before FOMC and see who wins the tug of war, bulls or bears.