As my colleague Eric mentioned at the beginning of the weekly forecast, this has been a pretty quiet week. After weeks (even months) of immense volatility, this week felt like we were on much-needed break.

Nonetheless, we made our fortune with our five forex signals this week. In fact, the EUR/CHF signal was opened last week and it still remains open, but the other four were enough to secure a 95 pip profit this week. So, one week down, the next one up, isn’t it? We´re still about 200 pips up for the month so far, though.

Donald Trump is always a potential hazard to the forex market and can send it hundreds of pips either way, but this week the market seemed a bit more relaxed to his comments. He made some of his usual comments about forex and taxes and even got in another row with the media, but the market seems ok with that for now.

So, the FOMC minutes were the most exciting thing in the market this week. They looked really hawkish to me but the market wanted more, it always does. So, the Buck lost some ground after the meeting but recuperated on Friday. 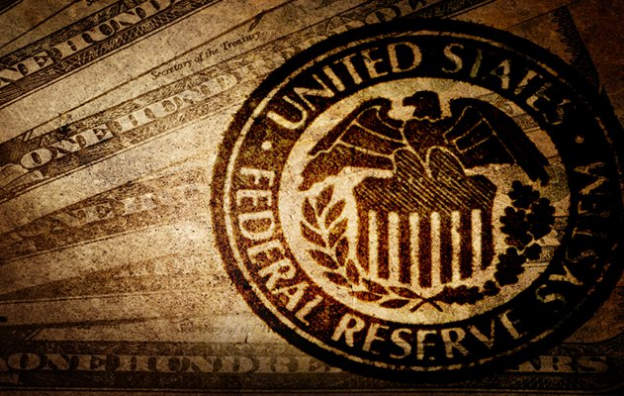 In the recent weeks we have introduced commodity signals, such as oil and gold, and this week we had three of them; two of these closed in profit. But, we´re not including them in this report yet, probably we will do a separate one once we are done with all new instruments.

As long as forex goes, we made a nice profit this week, making up for last week´s drawdown. We made 92 pips from four forex signals, two of them in EUR/USD and the other two in AUD/USD.

We found a nice spot to buy AUD/USD at the 50 simple moving average on the H4 chart, so not much difficulty there.

The last EUR/USD signal, on the other hand, gave us a rough time, when it got 7 pips close to SL on Friday. But, the 200 SMA on the hourly forex chart brought an end to the EUR/USD retrace.

So, we got our pips just before the market closed on Friday evening. Chances are that we would have had triple that amount of signals this week, but the first two days were dead quiet. Nonetheless, we made a nice profit this week with no losses.

It all started soft and quiet on Monday, with the US still on a bank holiday. It continued more or less the same on Tuesday, which felt strange after such a long time of huge moves and crazy volatility.

As we´ve often mentioned lately, the economic data is not as important as it used to be for decades (apart from the 2008 global financial crisis), but central banks are not out of the picture yet and will never be.

So, the FOMC minutes from the last FED meeting a couple of weeks ago was the main event this week. There were a few minor concerns in those minutes which the guys at the FED have to raise every time, but they looked mostly fake, just for the sake of not sounding too optimistic.

All the other comments there were hawkish. Almost all officials saw a rate hike fairly soon, which might come as early as March if there´s no real shock in the market from the economic data or other factors.

But who is capable of ruining everything in just moments? Only Donald Trump. As much as the market likes the idea of lesser taxes (which we heard again this week), the threat of a global trade or currency war is very present, with him on the chair.

Anyway, the market decided to go against the Buck since there wasn´t an exact date anywhere in the minutes. But, no one wants to stick to a position forever nowadays, so back up we went and we´re almost unchanged for the week.

Another week, another round of great economic data from Europe. On Monday, we had the German PPI (producer price index) jump by 0.7%, while on Tuesday everything was great apart from French manufacturing, although it´s still well into expansion.

The manufacturing sector in Germany and the Eurozone as a whole has increased the pace of expansion this month. The numbers for the service sector, on the other hand, were all green, including France, so jolly times in the Euroland.

Across the Atlantic in the US, both these sectors missed the expectations, but the worst thing is that the expansion (still expanding) has slowed down. Although, you can´t see this sort of economic data impact the forex market anymore.

The picture wasn´t very bright in Land Down Under either this week. Construction work done in Australia declined by 0.2% and private capital expenditure fell by a massive 2.1%. I´m sure “Wo/men at work” will be glad that their song finally stopped overdevelopment in Australia, after 30 years.

EUR/USD has started a downtrend since it touched the 100 SMA in green on the daily chart at the beginning of this month.

It´s another leg of the bigger downtrend actually, or at least that´s what it looks like. But, it needs to break the January low at 1.0340 in order to be considered as the next leg down.

Otherwise, it might turn into a big reverse if that doesn´t happen. The buyers have made a couple of attempts to reverse the price but is has only lasted for a couple of days as you can see from the daily forex chart below. 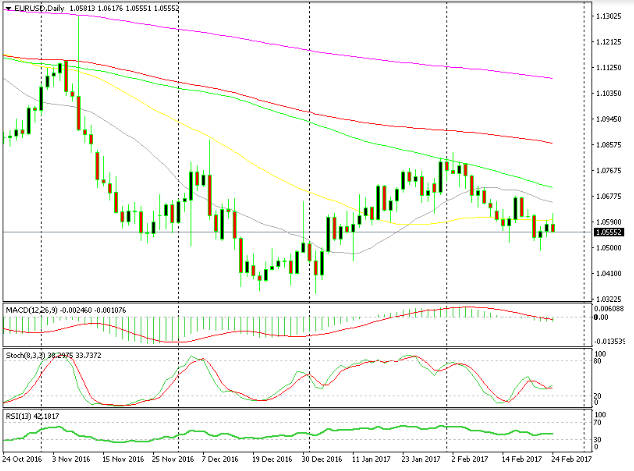 The weekly chart, on the other hand, is strongly pointing down. The price fell to break the 20 SMA in grey and the retrace up was over, since stochastic was oversold as well at that time.

Now, this indicator is heading down and RSI as well, so the technical analysis from this chart is screaming ‘Sell!’. Too bad we will never know what Trump will say the next day. He might open a currency devaluation war and if that happened you can say goodbye to your USD long positions. These are the times we are trading now. 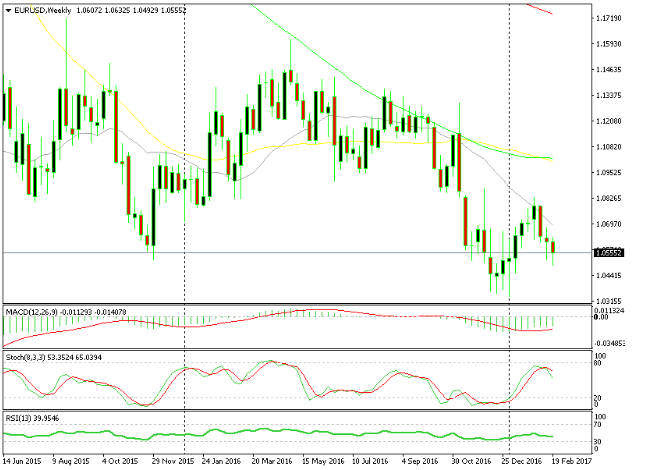 There is only one direction in this chart right now, down

We closed the first quiet week in what seems quite a long time, but it was a fair one as well. Despite the low number of forex signals due to low volatility, we made a considerable profit.

Next week we have quite a few events waiting for us. The US and Australian GDP numbers for the last quarter of 2016 are on schedule as well as the US durable goods orders.

Donald Trump will hold a press conference on Tuesday, but watch out for him at any time, because with all the uncertainty he delivers every time he speaks it looks like he´s coming for us forex traders in particular.