Last week the markets were feeling relaxed and the volatility was acceptable for our trading standards, but don't get idle as the market is always ready for a gamble! That´s what happened during the first half of this week, as panic kicked in and all forex pairs started behaving rather oddly.

More political drama unfolded in the White House this week with Trump´s leaks, the search for the new head of the FBI, and the Russians. Financial markets don´t like drama, so precautionary moves were common and by Thursday the safe haven currencies were 3-4 cents higher.

We got caught in the middle of this chaos and had a tough time during the first half of the week, but we stepped it up a notch (or 3) and got back at the market to end the week in profit.

Oh and I almost forgot, GBP/USD finally broke above the big level at 1.30 on Thursday. But, we fell below it that same day and returned to it on Friday, so there are no more support/resistance levels on this pair. 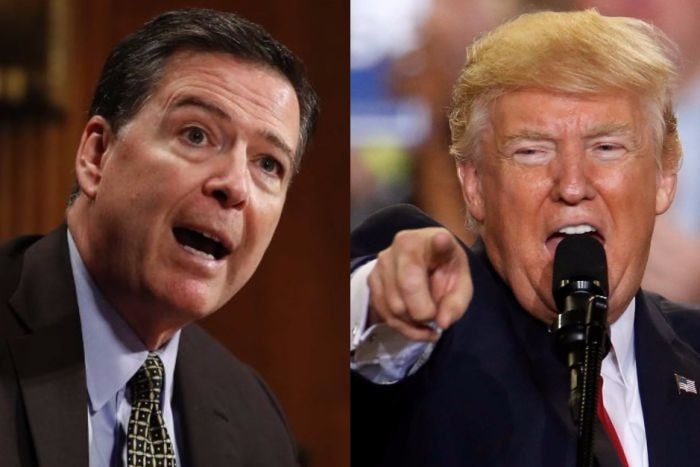 As we mentioned in the entry, the forex market panicked during the first half of the week. When the panic kicks in, it is tremendously hard to trade because the pullbacks are just as violent as the main moves, and thus it´s difficult to get a good entry.

So, we had some difficulties trading with this extreme volatility and had 4 losing signals, but we rebounded quickly and ended the week with a 40 pip profit.

In total we had 12 forex signals this week – eight of which were closed in profit – which gives us a 66:34 win/loss ratio.

If you remember, we mentioned in one of our forex updates that these political risks coming from Trump present us some good trading opportunities. When the market was in turmoil for a few days, it pushed in one direction for the panic to fade, and then the other direction for the rest of the week.

That´s the case with USD/JPY, it has dived nearly 300 pips this week (now it´s 100 pips higher) and now that the political risks are wearing out, this forex pair has started to climb. So, we might decide to open a long-term buy forex signal early next week.

As the previous week was quite quiet, we started this one off in a relaxed manner. But it didn´t last long, there is always going to be something to drive markets mental nowadays and with Trump in the White House, that´s almost certain!

All this chat of leaked information to the Russians last weekend has affected this week. Safe haven currencies started crawling slowly at the start of the week, but they soon picked up pace as the worry increased.

I don’t think that Trump will be forced to resign due to the latest political drama, but these situations are happening far too often and Trump is losing more and more support among Republicans… it´s hard to see him survive four more years of this.

Anyway, the Japanese Yen and the Swiss Franc gained nearly four cents this week and the Euro joined them as well, and this turned into a broad USD selloff.

EUR/USD broke above 1.12 for the first time since the US general elections and it closed above it, which will make us reassess our long-term signal in this forex pair.

So, the Buck ended the week on the wrong foot, particularly against the Euro and against the GBP. USD/JPY retraced 100 pips of the decline, which is a sign that a reverse might be near in this forex pair.

It started with the inflation (CPI) report on Tuesday which was impressive, but the reverse after GBP/US failed to reach 1.30 was just as good.

The employment report on Wednesday was also great, as the unemployment rate declined to 4.6%, however the break finally came after the unexpected jump in UK retail sales, which nearly doubled in regards to expectations.

Last month GBP/USD broke above the 100 SMA (red) on the daily chart and so it became support. This month we saw a bit of consolidation with the 20 SMA (grey) providing support all week. It was holding the dips well and it was just a matter of time before the 1.30 got broken. Too bad we didn´t see this chart earlier in the week. 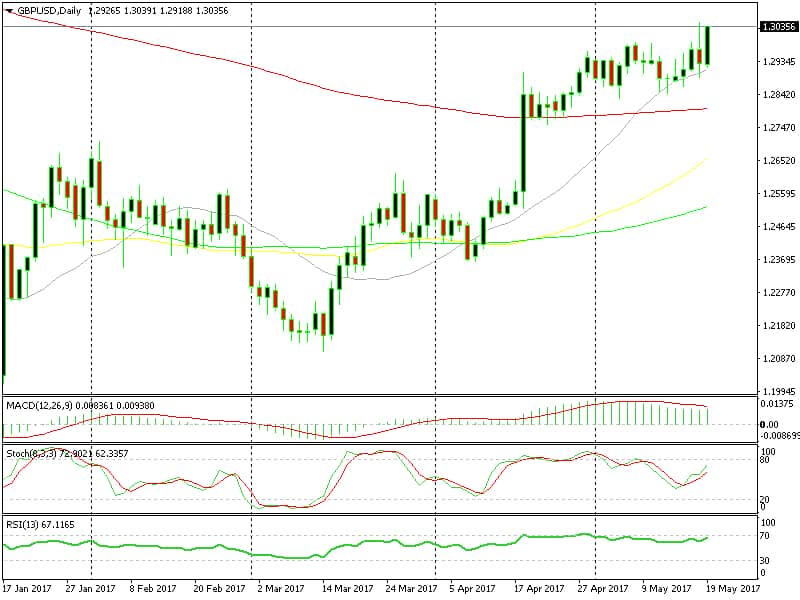 On the weekly forex chart, the price broke above the 50 SMA (yellow) and it hasn´t looked back since, although the stochastic indicator is severely overbought and RSI is getting there too. 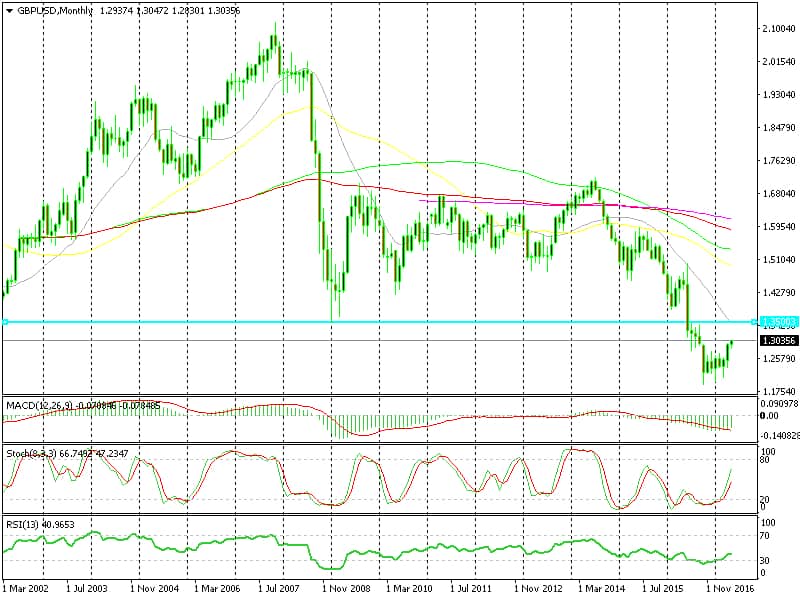 The 50 SMA is now history

There´s still a lot of room left upwards on the monthly chart, though. You can see that RSI and stochastic are around the middle of the table and headed up. The closest resistance level is at 1.35, nearly 5 cents up and that´s where the 20 SMA stands on this forex chart. But, we don´t know how long it will take the price to get there (after all, it´s all about politics, nowadays). 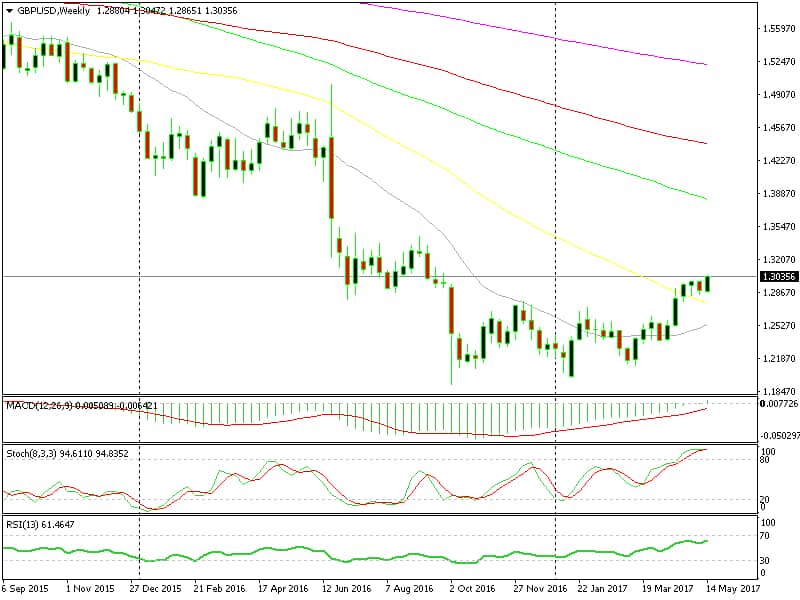 We didn´t start this week very well, but the important thing is that we closed it in profit. It was a wild ride but we made it safe on the other side.

Next week, we will see how the Comey testimonial goes and if there are no nasty surprises, we might decide to go long on USD/JPY because the sentiment already started to improve on Friday – so see you next Monday guys!