We finally made it through the week, regardless of the fact that the financial markets were incredibly quiet due to the absence of major economic events this week. The lack of trading volume was a bit boring, especially in comparison to the very volatile week that followed caused by the FOMC and Fed Fund Rate Hike.  Additionally, the market hasn't shown much interest in trading the dollar as there has not been a new reason to go long or short on it. Let's have a quick look at the market recap.

Today, investors are recommended to focus on the following fundamentals, with inflation figures from Canada & New Home Sales from the United States requiring the most attention.

The EUR/USD continues to trade the narrow range of $1.1120 – $1.1170 as investors are struggling to find the right direction. The disappointing economic figures from the United States, particularly the jobless claims, failed to extend proper direction to the pair.

Today, the Eurozone PMI data will be vital, although the consolidation phase is expected to continue in the short term, until and unless we have any major fundamental intervals. For a better understanding of EUR/USD, refer to the article here.

Today, traders are recommended to wait for the many economic releases, especially from the Eurozone. It's best to stay out of the market in order to avoid unpredictable fluctuations. But stay tuned for live market updates, as we may have a trade in the European/ US sessions. 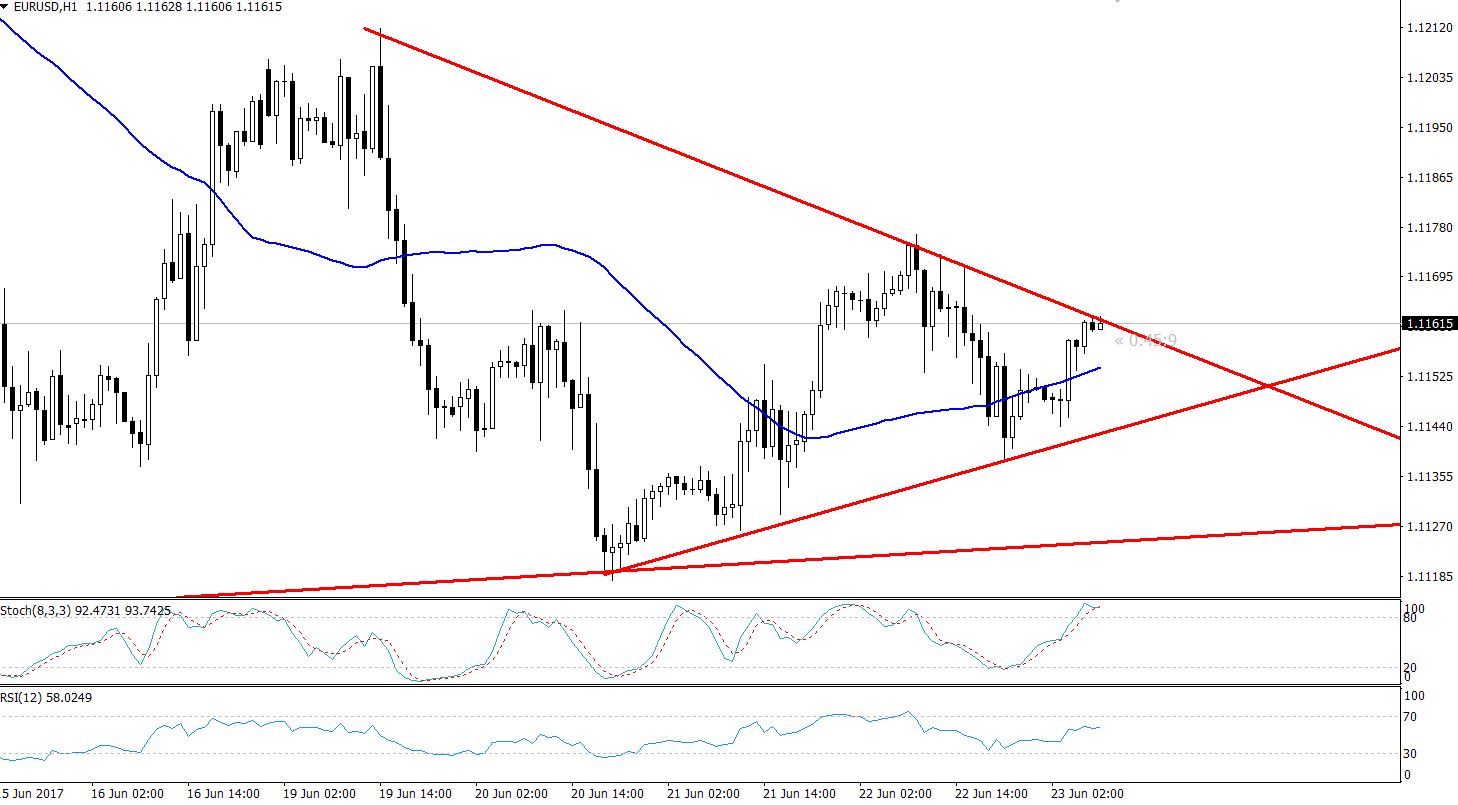 The technical side of the market has remained intact, as the market hasn't moved a lot in the last couple of days. In the hourly chart, we can observe a bullish crossover in the 20 & 50 periods moving averages, which signifies the beginning of a bullish trend.

Moreover, the RSI and Stochastic are bullish above 50, supporting a bullish trend in the EUR/USD.

Most importantly, the EUR/USD has formed a symmetric triangle pattern which can be seen in the hour timeframe. The bearish trend line is extending a solid resistance around $1.1160, whereas the lower edge of the triangle is proving support at 1.1140. The range is quite small, so get ready to trade the breakout. For more about symmetric triangle trading strategy, refer to the article here.

As we are approaching the weekend, most investors are likely to settle into their earlier position. Especially considering that the US economy does not have much to offer us today. The idea is to look for a short-term intraday trade in order to avoid weekend gaps. Happy weekend traders, hope you enjoy it to its fullest!