Gold Has Formed A Bearish Pattern, So Is It Reversal Time Now? - Forex News by FX Leaders

Gold Has Formed A Bearish Pattern, So Is It Reversal Time Now?

Safe haven assets have enjoyed some good times in the recent weeks with Gold leading the way higher. It climbed more than $50 during this time, breaking all resistance levels and moving averages that were on the way.

But yesterday the daily candlestick closed as a doji, which is a reversing signal. The price climbed as high as $1,259.40 which comes just below the 61.8% Fibonacci level. 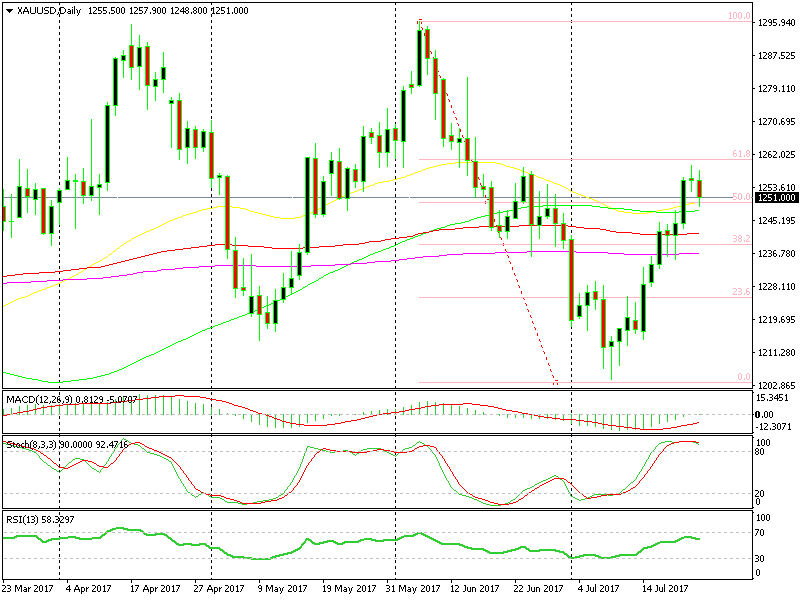 That´s the beginning of the bearish pattern

That´s an important level if you´re using this technical indicator because that´s where the retraces usually end, according to forex textbooks.

So, the price formed a doji yesterday, and today Gold declined about $9 top to bottom, making this a pretty good bearish pattern. It would have been the perfect bearish turnaround pattern if today´s candlestick engulfed Friday´s bullish candlestick.

But nonetheless, this is a decent chart setup for sellers. If we just played yesterday´s doji candlestick, we would be at least several cents up, but anyway, a case is building for Gold sellers.

The safe haven currencies such as JPY and CHF are in retreat as well, so the sentiment is changing, even though nothing has happened since last Friday, but hey, that´s the market, we must read its ever changing moods.

So the mood is changing judging by other safe haven assets and technically a retrace in Gold is long overdue.

Trade Idea: If you wanna play the Gold selling game, we advise that you put the SL above the 61.8% Fib level, and as the price moves down (if it does) you trail the stop to break even and then drag it lower as the move continues, because you don´t wanna lose in Gold since the moves here are massive  and you don´t wanna give up your profits either. 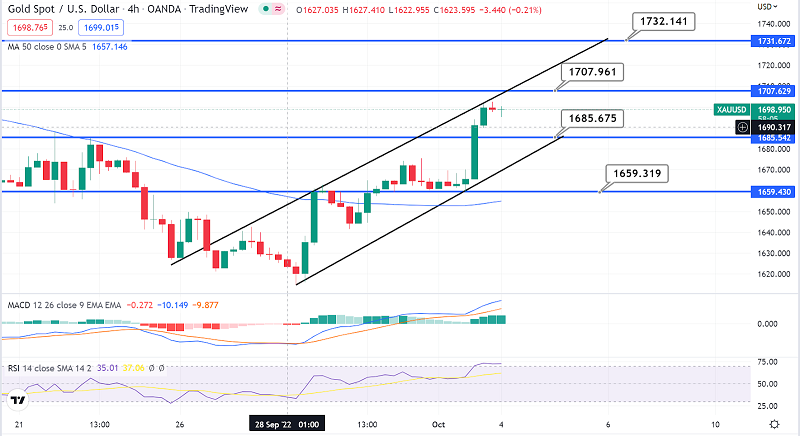