Giving USD/JPY A Try On The Short Side

The USD/JPY downtrend which started about 3 weeks ago continues to stretch down. The sellers had their last push yesterday after the miss in ISM non-manufacturing and they finally breached the 1.10 support level.

I can’t say that this level has been broken yet, because the candlesticks have to close below it, but so far none has closed below 1.10, even on the H1 forex chart.

Although, the trend is clear and it is still strong, despite slowing down somewhat this week. The last leg of the downtrend took place yesterday and this morning USD/JPY tried to form a retrace, which it did.

At the moment though, it seems like the retrace is over and the sellers are trying to regroup for the next push lower. Although, I don´t expect to push past 1.10 in the following few hours, because the US economic data is due to be released later today. 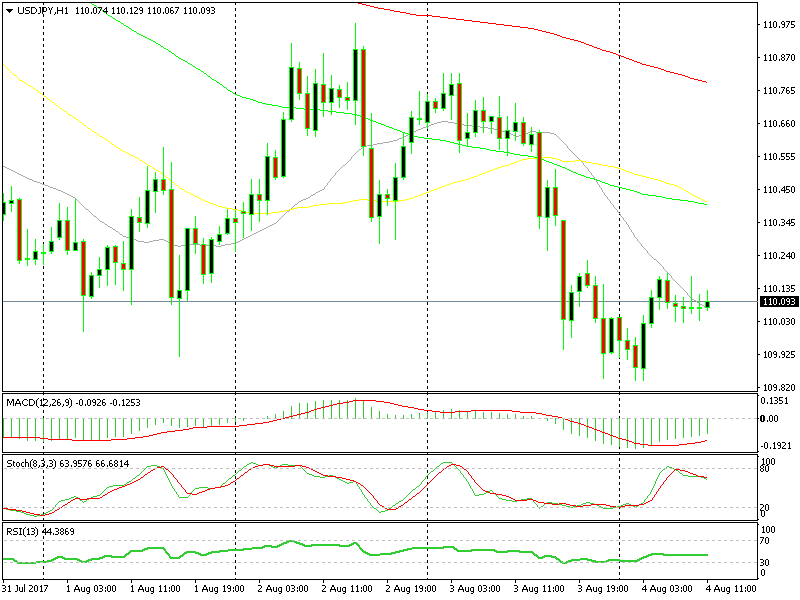 The price is already overbought on the H1 chart

The hourly chart looks overbought since the stochastic indicator became overbought and is now heading down. The 20 SMA (grey) is also providing resistance on top. You see, yesterday´s move was unexpected and considerable; after such sudden moves, the smaller period moving averages are the first to catch up with the price, thus providing support/resistance, so that´s the case with the 20 SMA today.

The H4 USD/JPY chart is oversold according to overbought/oversold indicators such as stochastic and RSI, which goes against our trade. But, the candlesticks show hesitation from the buyers to push higher. 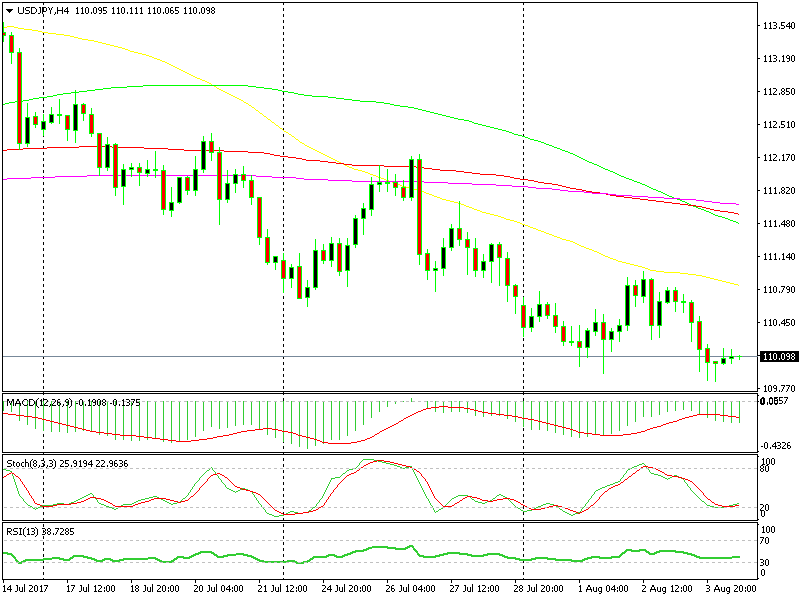 The H4 chart is oversold, but the candlestick formation is pointing down

The candlestick which started at midnight closed as a pin, which is a reversing signal, but the following candlesticks were very week and the last one closed as a doji, which means that now the price is going to reverse back down. So, these were the reasons for our USD/JPY sell signal. Let´s hope sellers take the upper hand again before the US data sends the markets crazy in a few hours.