Starting The Week On The Right Foot

We closed last week with mixed results, especially after Friday’s jump in the USD when the US employment report was published.

This week, the markets seem to be trading in a more logical manner, though it is only Monday so we can't be sure of any trends just yet. Don´t put all your chips in a single trade, because liquidity is thin. When there´s not enough cash in the markets, small moves transform into avalanches.

That being said, we must make the most of these small ranges. So, we sold EUR/USD a short time ago and it is about 15 pips in profit. The 120 pip reversal on Friday must have scared the buyers since they don’t seem to have the nerves to start the next leg higher and resume the uptrend.

We left an open signal over the weekend in NZD/USD; we sold this forex pair the previous day because it had retraced some of the losses. That forex signal was looking good last night, but the slight decline in the inflation numbers from New Zealand this morning sent this forex pair diving lower We woke up with a winning forex signal, besides the one in Nikkei and in S&P later this morning. It´s a good start, but let´s see what´s going on in the markets. 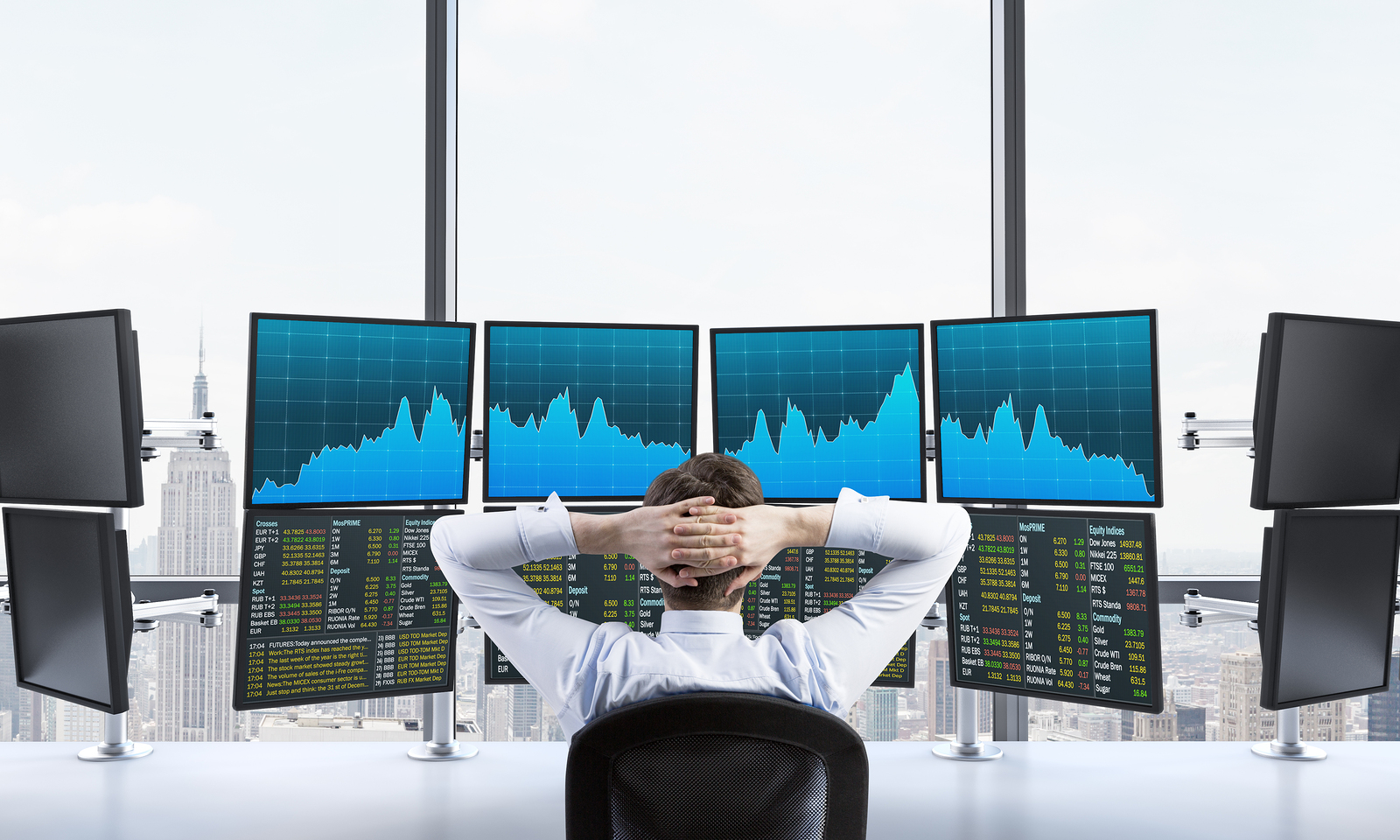 We´re staring at the charts today, but we´re trading them as well

GBP/USD Flirting With 1.30 Again, Is A Break Finally Coming?

GBP/USD has been flirting with the 1.30 level over the last several months. It provided some solid support at first but eventually broke as the USD weakness continued to dominate the forex market.

The USD could have declined against the Euro and the Canadian Dollar as it did, yet the GBP/USD climb didn’t make much sense since the UK economy and especially politics are a mess at the moment.

The climb seemed quite weak compared to other forex majors and that proved to be correct seeing as this forex pair has lost the most ground over the last couple of days.

The 200 SMA (purple) provided solid resistance last week on the daily forex chart and coupled with an overbought stochastic, provided a strong sell signal. But, we couldn’t go against the trend and we couldn’t buy the USD specifically since it looked like the decline wasn’t going to stop for any reason.

Trade Ideas: The first one would be buying GBP/USD around 1.30, with a stop below it and a take profit target near the 200 daily SMA.

The second trade is to wait for the price to make a pullback at the 200 SMA and then open a long term sell forex signal with a stop above it. You can leave the take profit target open and trail the stop loss as the price moves lower. 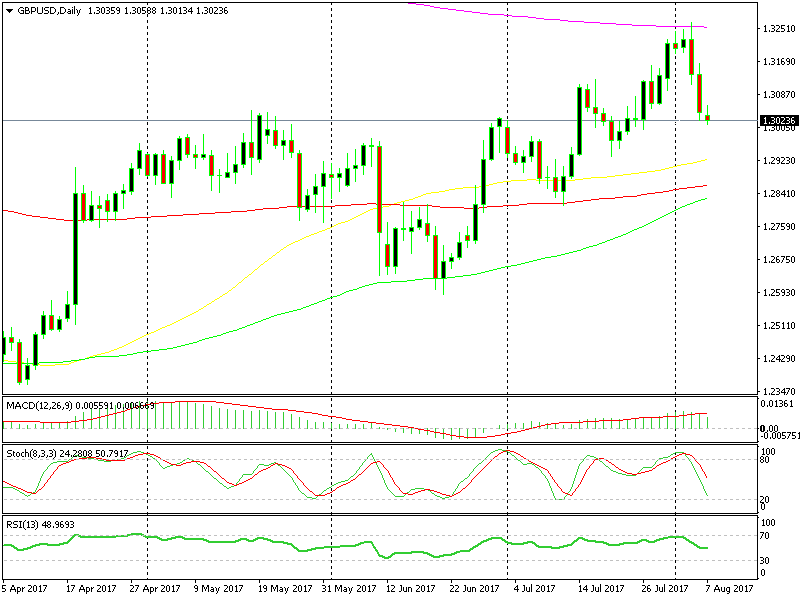 The 200 SMA did a great job last week

Oil prices and the Canadian Dollar have been going hand in hand recently, as is usually the case with these two instruments. Nevertheless, now it seems like a divergence is forming between these Siamese twins.

Oil prices have stalled in the last seven trading days (actually they are marginally higher), but the CAD has lost nearly 3 cents, particularly after Friday´s positive US employment data and the miss in the Canadian trade balance and employment change. The 2 point decline in the Canadian unemployment rate didn’t offer much comfort to the CAD buyers either.

The 100 SMA (red) on the daily forex chart held the price despite being broken briefly. USD/CAD continued its climb after losing about 14 cents or 1,400 pips in the last three months. Today this forex pair is extending the top side and we´re now playing with the 1.27 level. 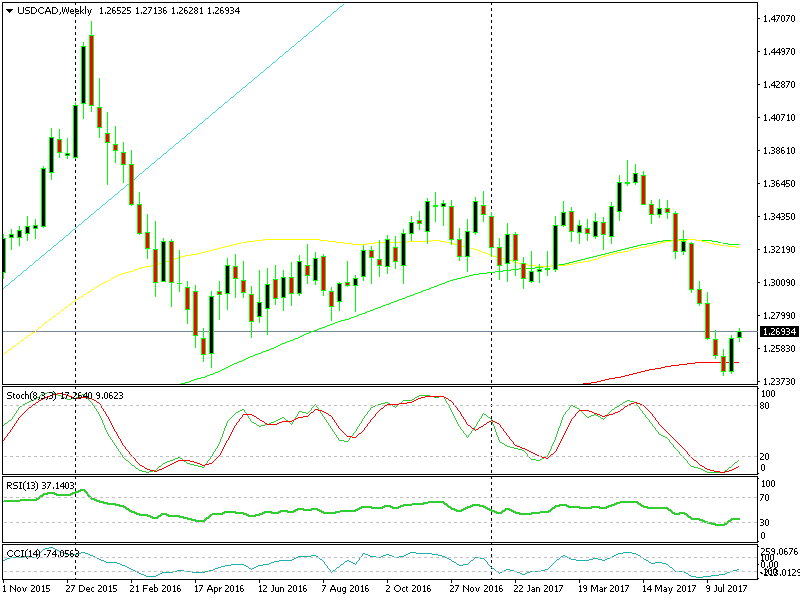 Is the downtrend over or is this just a retrace before the next move lower?

No one knows how high this retrace will reach or whether it will turn into a reversal. Regardless, we must keep an eye on oil prices to get an idea about where SUD/CAD might go next. If oil prices remain stagnant while the Canadian Dollar continues to lose ground, chances are that it will lose even more ground if oil prices decide to turn lower.