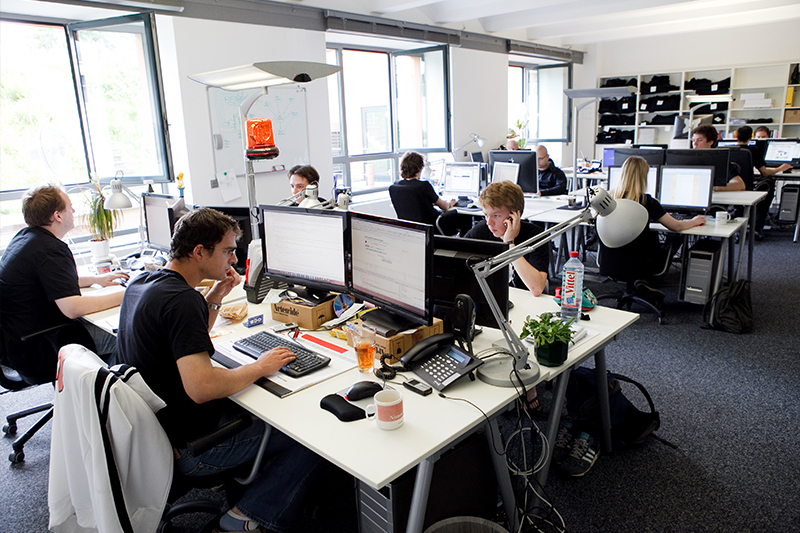 You can still make pips, even on a quiet summer Monday such as this

We don’t trade the Chinese Yuan and honestly, it would be the most boring currency to trade, since it is pegged to the US Dollar more or less, with a very tight range to fluctuate. Nevertheless, the Australian economy is closely linked to the Chinese economy since China is its biggest export partner by far. So, the Australian Dollar affects the AUD and to some extent the NZD as well and that´s why we keep an eye on the Chinese economic numbers.

We had a round of economic figures from China this morning and they weren't very good. The pace of expansion for industrial production, fixed asset investment and retail sales slowed, though it is still expanding.

On the forex calendar, the Chinese section looks red, though compared to other large economies, the Chinese economy is still progressing at a very decent speed.

AUD/USD lost some considerable ground this morning. You´d assume that this is due to the soft Chinese numbers, but this is more of a retrace following the jump on Friday after the disappointing US inflation numbers.

This is one of the reasons we bought NZD/USD; because the economic data didn’t have much of an impact on the Kiwi this morning, chances are that it will turn back up higher sooner rather than later.

Speaking of NZD/USD and AUD/USD, we opened two forex signals this morning. Although we couldn’t open a buy signal in these two forex pairs, since they are positively correlated. Instead, we took another path and decided to trade USD/CAD.

Below we´ve listed the reasons to trade NZD/USD, USD/CAD and USD/JPY: 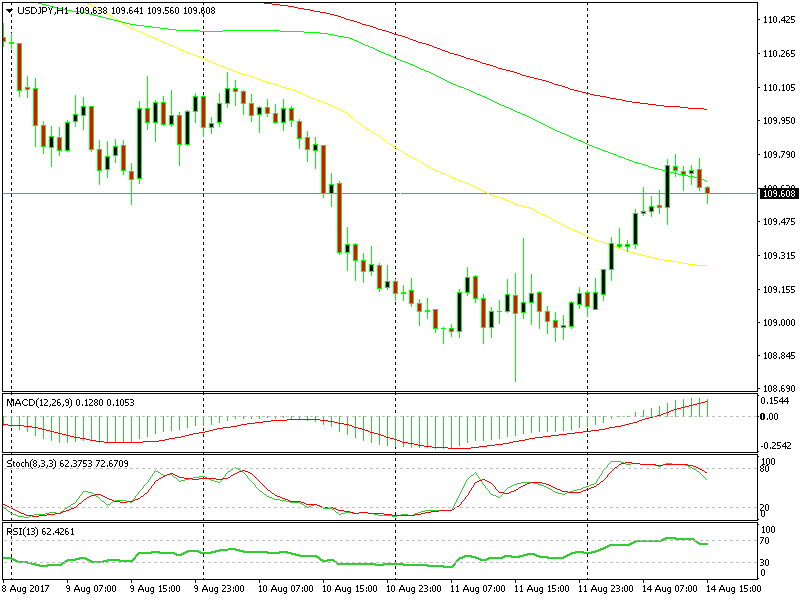 The USD/JPY chart setup is pointing down

Trade Idea: We haven’t opened a signal in USD/JPY yet, but we´re thinking about it. In case we don’t, you now have all the tools to make the decision by yourself. We suggest that you sell this pair at the 100 SMA (H1 chart) with a stop above 100, leaving the take profit target open.

USD Retracing or is this a Proper Reversal?

Last Friday the USD made another move lower when the US CPI (consumer price index) missed expectations for both the monthly and the yearly numbers. This comes after months of heavy USD losses. However, last week the Buck put up a fight and it reversed some of the losses.

Right now, traders don’t know whether to buy or sell the USD. The confusion stems from the strong USD downtrend this year and the last decline we saw last week after the weak CPI numbers point in one direction.

On the other hand, the Buck has lost too much during this time and the market is aware of it, so I see the reluctance to push lower/higher in many forex majors.

All forex majors have reached some important levels and don’t seem to have the stamina to push further, apart from the Yen. USD/JPY broke the big support level at 1.10 last week so we´re not challenging this forex pair right now.

But as we said, other major currencies don’t seem to be able to push higher against the Buck and after a month of one way traffic, the market is probably getting ready for a decent pullback or even a reversal.

We have quite a few important economic releases from the US this week, (such as retail sales tomorrow and building permits on Wednesday), so the market is probably waiting for these numbers. Bear with us on what promises to be another slow summer Monday.

Buying USD/CAD at the 100 SMA, as Canadian Inflation Cools Off
2 days ago