Forex Signals US Session Brief, September 6th – The ECB Does Nothing, But It’s the Dollar That Suffers Again - Forex News by FX Leaders

Forex Signals US Session Brief, September 6th – The ECB Does Nothing, But It’s the Dollar That Suffers Again

It’s the same story over and over again, a forex event happens somewhere in the world, and the USD gets smashed. This time it was the European Central Bank (ECB) and President Draghi who stirred the waters. While you’d expect the Euro to be the biggest mover, the USD took the attention again as it got smashed, which is extending further into today.

ECB Remains on Hold, but not the USD …

Yesterday was when the Euro should have begun to tumble since typically the ECB doesn’t like a strong Euro.

The ECB President Draghi has been devaluing the Euro with his comments in the last three years when the Euro was weaker and pointing down. So, why is it now that the EUR/USD has climbed to 1.20 and is still going up?

In the first hours of the morning, the Euro climbed another 70-80 pips which started to indicate that the ECB wasn’t going to do anything.

The ECB acknowledged the pickup in the European economy and didn't say anything to weaken the Euro, despite many forex traders predictions and hopes.

As a result, EUR/USD rallied higher, which soon turned into a broad USD sell off like we've seen happen often this year. Commodity currencies made another run higher last night, while USD/JPY finally broke that massive level we have been talking about in the last few days. 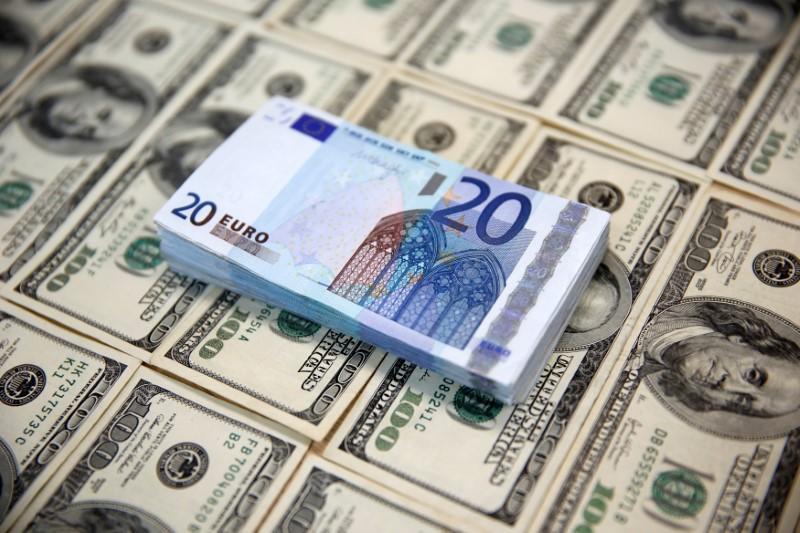 The USD is taking all the burdens of other peers.

I have highlighted this support level often recently, and yesterday I pointed it out again as this pair was sliding lower. The area between 108.00 and 108.50 has been a good spot for buyers since April. The reversals higher have been prompt whenever sellers tried this area.

The 108.00-50 area looked like a decent place for me as well to go long, but this sort of price action kept me away from it. I was afraid the big support was going to be broken sooner or later. That happened during the night and now this pair is in a very bearish mode, which takes us to the next section. 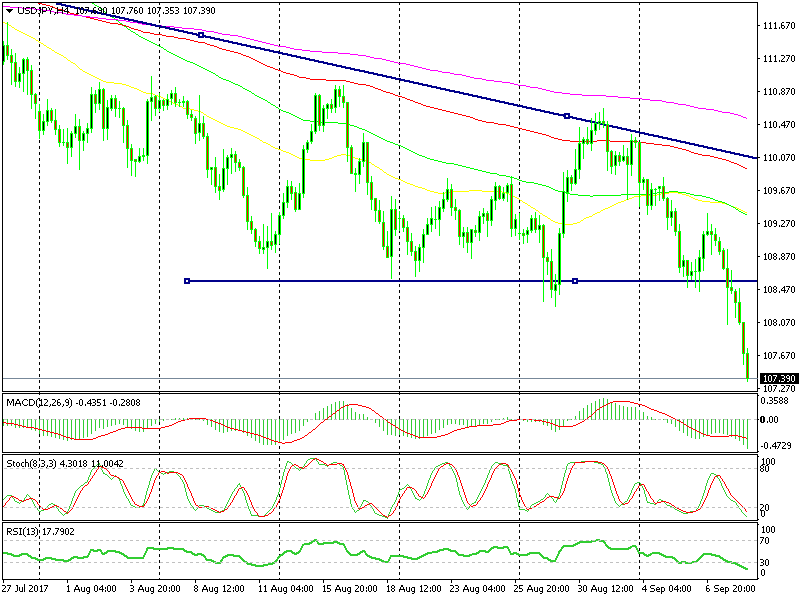 The wedge has been finally broken to the downside as our "triangles and wedges strategy" implies.

As we said in the previous section, this forex pair has been following a bearish trend since early July, but now, with the break of 108, it has opened another door for bear trends. The downtrend has accelerated, so we will now only look for shorts in this forex pair. The first trade idea that springs to mind is selling around 108 if this pair finds the will to retrace up there.

The USD is getting beaten up once again for no reason with GBP/USD above 1.32 and USD/JPY below 108. One thing to keep in mind though, is the Canadian employment report which is due to be released shortly. The CAD has been in a strong uptrend, so I suppose we will see another run higher (USD/CAD lower) if the figures are positive.

USD/CAD Continues the Decline, Despite the Retreat in Oil Prices
3 hours ago