It’s been a strange market today with major currencies following their own paths rather than moving together as a market. The Japanese Yen is considerably lower despite threats from North Korea to “make the US suffer.” The British Pound is 100 pips better off after the UK inflation report, while the Euro is down. 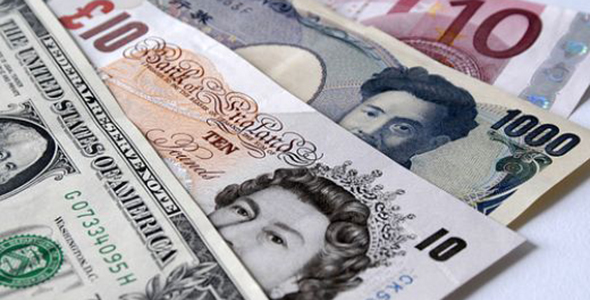 Which one is going to be the winner today?

GBP Takes off After the Inflation Report

All the details of the UK inflation report are green since they came higher than expected, and the GBP took off right after the release.

This is good for the GBP in the short term because higher inflation is likely to force the BOE to hike the interest rates or start withdrawing some of the monetary stimulus, hence the 100 pip jump in GBP pairs.

If we look further ahead, the higher inflation is not that great for the economy, especially when the economy is not doing particularly well. The BOE might be forced to tighten the monetary policy, but that would hurt an already weak economy. Well, it’s good that I’m not a central banker, eh?

GBP/USD breached the previous high at 1.3260s for a short period and is still hanging around there now, so I’m not sure that the break is valid. The UK earnings report is due tomorrow, and the Bank of England (BOE) meeting is on Thursday, so the buyers might take some time off until then.

If you’re looking to go long on this forex pair, I would suggest that you better wait for a retrace lower because you might be a bit late to get in today.

As we said in the opening paragraph, each currency has its own mind today. The North Koreans (NK) are still pushing ahead with their scary plans and comments, but the Yen is not taking notice. The situation with NK has been one of the main reasons for the downtrend in USD/JPY, and the break of 108 which happened on Friday, but surprisingly enough, USD/JPY continues to advance higher and it’s now threatening the 110 level.

We are close to the top of the wedge where we can find the ascending trend line and a number of moving averages on the H4 chart, so there’s a case here for a long term sell forex signal. The retrace up seems almost done since the stochastic is overbought. If you feel adventurous enough, you might give this trade idea a try.

The Euro is also lower today despite some decent data coming out of Italy such as lower unemployment and higher GDP numbers. EUR/USD broke the 100 SMA on the H1 chart which has been holding the price since yesterday. That triggered the SL of our EUR/USD buy signal, meh.

The Aussie is unchanged today, but the Kiwi has been feeling surprisingly energetic today. It jumped around 100 pips earlier today and the funny thing is that I can’t find any reason for that. Sometimes the market does what it wants to do, so we have to be careful at all times. 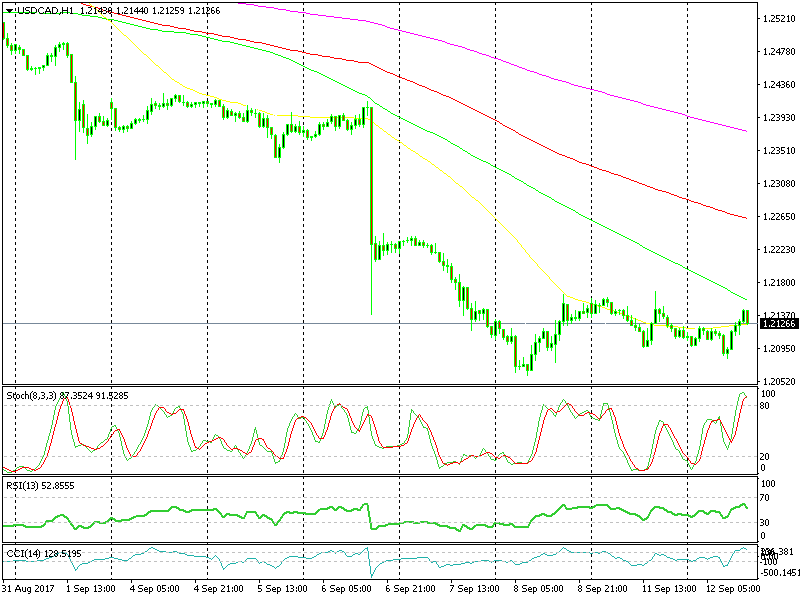 This trade setup looks pretty bearish to me.

USD/CAD has been retracing higher today after trending down for a couple of weeks, but Oil prices are also climbing, so we might see a reverse anytime now because Oil prices and the CAD are closely correlated.

The retrace higher seems to be over as well because the H1 chart is severely overbought, and the resistance at 1.2160 area is quite an obstacle. So, I’m looking closely to find a nice place to sell this forex pair.

The market today has been all over the place, with the Euro and JPY losing ground further, while the GBP and NZD have gained considerably. This sort of market is a bit hard to trade, so we´re taking every forex pair on its own today, and we suggest that you do the same.