Yesterday’s Trade Idea on Gold Is Going Well, Isn’t It? But Buyers Beware…

Yesterday I highlighted a trade idea on Gold. Gold has been declining for straight four weeks, but the setup in the weekly and daily charts was pointing up.

As I mentioned yesterday, the price formed a hammer on weekly chart which is a strong reversing signal after a trend. Stochastic was oversold as well which strengthens the case for buyers. 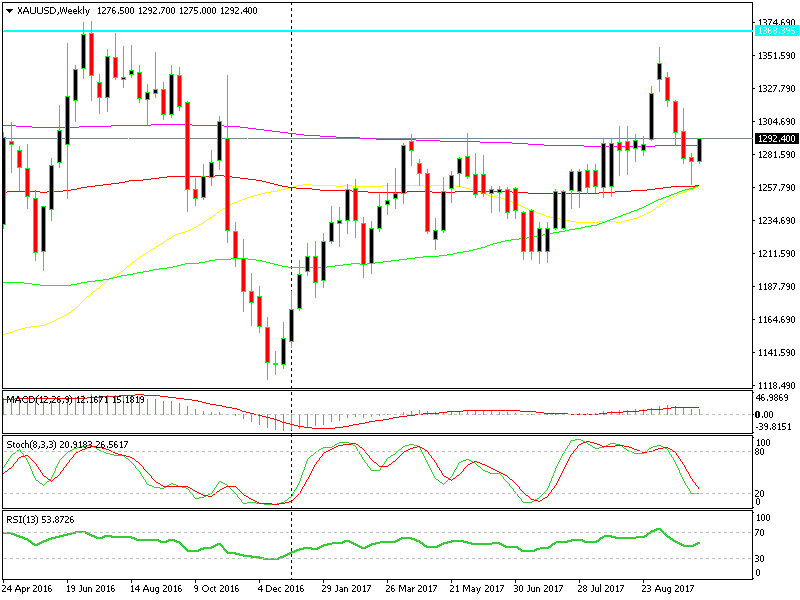 We're about $12 higher after the hammer candlestick last week.

If we switch to the daily Gold chart, we see that Friday’s candlestick (third from left) closed as a bullish engulfing candle, so when I was writing the update yesterday the potential on the upside was more than enough for buyers.

The stochastic and RSI indicators were oversold and turning higher. Since then, Gold has gained more than $10 and the recent USD selloff has helped Gold buyers as well. 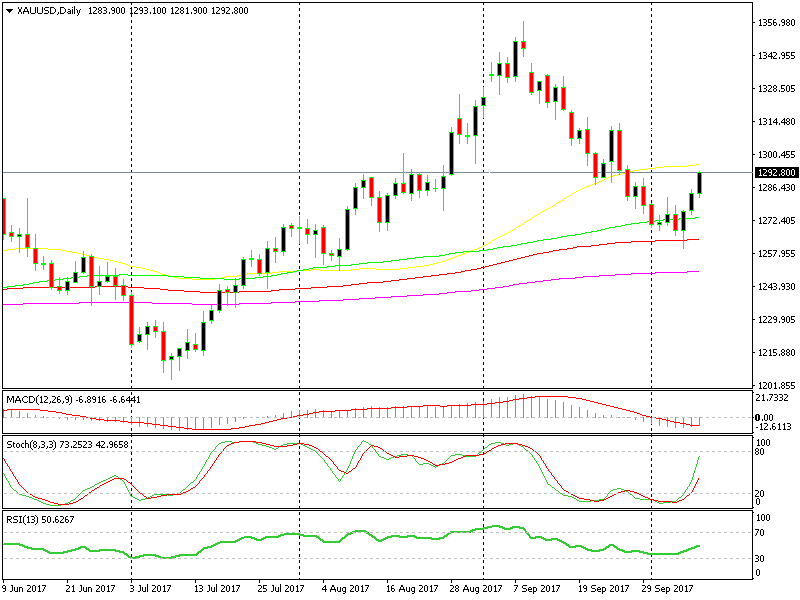 The retrace higher might be coming to an end, actually.

Now, this level around $1,290 has been resistant previously, so it might provide resistance again today. I would take some of the profit off the table if I had bought down there yesterday. I’ll probably look to reverse in the coming days because of the resistance and the 50 SMA (yellow) which is standing right above the price.