Forex Signals US Session Brief, OCT 23 – Broad Demand in the Markets for the USD and Indices, but Cryptocurrencies Are Still on the Retreat - Forex News by FX Leaders

Forex Signals US Session Brief, OCT 23 – Broad Demand in the Markets for the USD and Indices, but Cryptocurrencies Are Still on the Retreat

What we are seeing today is a bit strange. The market has been piling on USD longs, but at the same time, the indices are surging higher making record highs. Usually, when the Buck strengthens, indices tumble since they are mostly traded in Dollars, but there are times when the two align and today is one of those times. 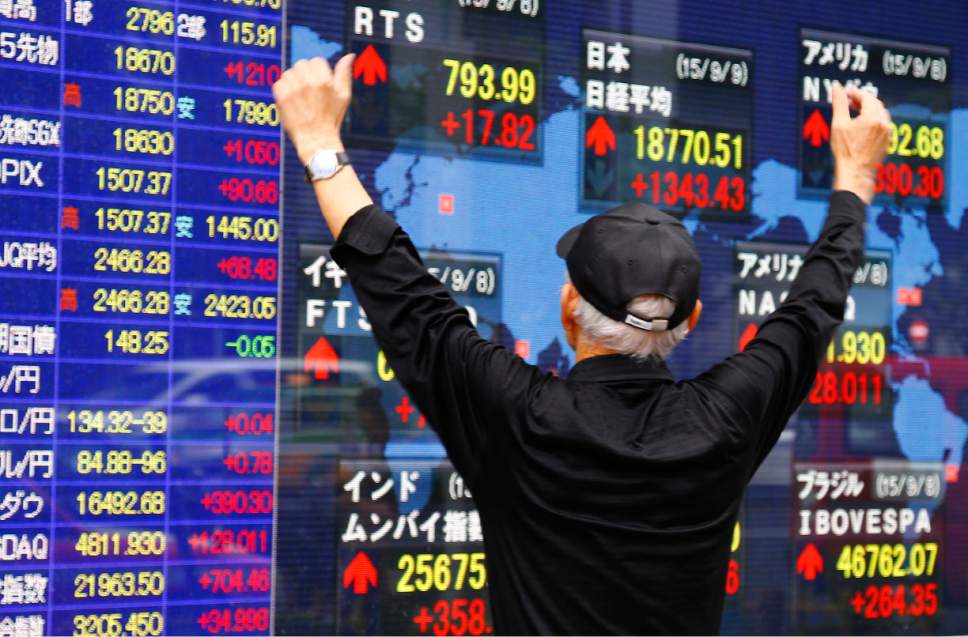 The Japanese pensioners must be jumping in joy since their pension funds look a lot healthier after the latest jump in Nikkei.

Abe’s Victory Is Great News for the Stock Markets

As we mentioned in one of our previous updates, the current Prime Minister of Japan Shinzo Abe won the general elections yesterday. He has been a big supporter of Bank of Japan's (BOJ) loose monetary policy and his Abenomics policies are similar to the BOJ.

So, now that he won a big majority of the Japanese Parliament, the market is reassured that the free money will keep flowing, at least from Japan. Actually, I’m not sure; do they have a parliament in Japan or do they have a Samurai council?

Nevermind, the thing that matters is that no one will taper the money flowing from Japan into the stock market and other financial markets. When the other major central banks such as the European Central Bank (ECB) and the FED are thinking about ending their bond purchasing program, having a big central bank covering your back is a big deal if you are trading stocks.

So, rightfully Nikkei 225 opened with a big gap higher and has only climbed since then. We were a bit hesitant trading Nikkei today since the volatility has been immense. But, we took a long position in SP based on the demand for stocks today, which closed in profit earlier on.

The Japanese Yen is obviously hurting because of Abe’s win, and USD/JPY has been climbing higher. So, we’re bullish on both USD/JYP and Nikkei, although we’ll be considering trading them after a decent retrace lower.

Apart from Bitcoin, most cryptocurrencies have been consistently following a downtrend in the last week. That downtrend seems to be continuing this week, too as cryptos, Bitcoin included, are extending the range to the downside.

Dash coin and Ripple coin (XRP) are among the weakest currencies, although Ethereum and Litecoin are not feeling much better either. We have a buy signal in Litecoin, which doesn’t look too good at the moment. But, I hope that the cryptocurrency market will soon reverse and resume the uptrend, as it has done so time after time during its short history.

Bitcoin is down as well today, but the losses seem manageable. We’re still above yesterday’s low, so the hourly chart doesn’t look that bearish. I’m thinking of buying Bitcoin, but at the moment there’s still some room left on the downside for this crypto to run. But, I will highlight this trade idea below. 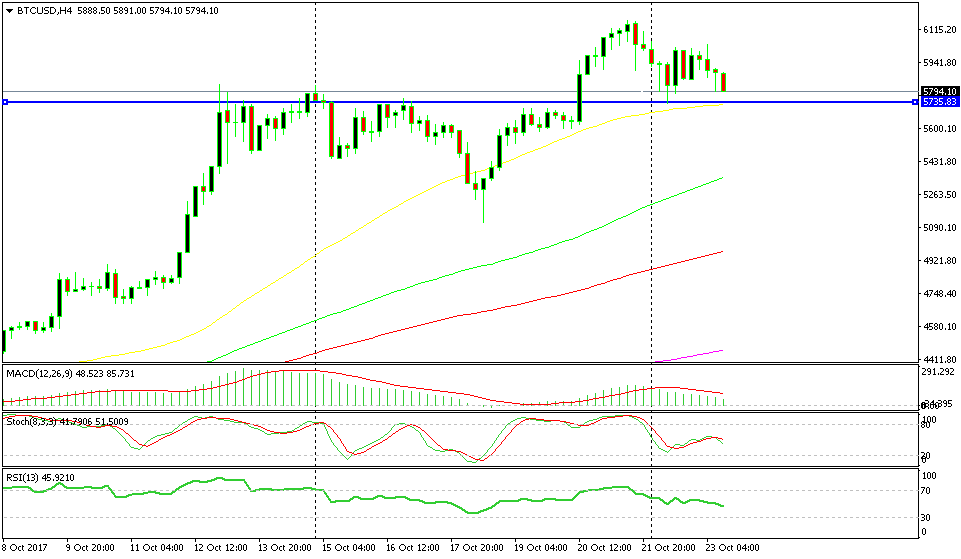 The 50 SMA looks like a really good place to join Bitcoin bulls.

We know that Bitcoin and all the crypto market is in a bearish mode right now, but our job is to predict the future, isn’t it? So, I’m predicting that by the time we reach the 50 SMA (yellow) which stands around the $5,730 level, the sellers would have had enough, and the buyers will take over.

That moving average has been providing support before and last week’s resistance will likely add extra strength to it. But, let’s wait until then and re-evaluate the situation when the price reaches the 50 SMA.

Cryptocurrencies have been having trouble today amid some USD strength, while USD/JPY and Nikkei have been surging. We are thinking of trading these instruments today, but it’s better to wait for a retrace before jumping in.