Dec 7 – A Day Before the Big Day – US NFP Tomorrow! - Forex News by FX Leaders

Good morning, fellas. The markets remained quite volatile throughout the day as economic figures kept coming out. By the time I’m writing this, BOJ’s Kuroda tried to strengthen the Japanese Yen by saying BOJ will do whatever it takes to achieve mandates. Kuroda isn’t only in this race. We have a speech from ECB President Draghi and Of Course some other high impacted economic events.

Unemployment Claims are due to release at 13:30 (GMT) with a slight negative forecast of 239K as compared to 238K in the previous month. Let me add for new traders, this figure shows the number of individuals who filed for unemployment insurance for the first time during the past week. It’s a weekly data that’s why the impact remains for a couple of hours.

Building Permits m/m is due at 13:30 (GMT) with a forecast 0f 1.7%, comparatively below the previous figure of 3.8%. The data shows a change in the total value of new building permits issued.

So, logically, people won’t request for capital assets until they see a brighter future and growth in the economy. Therefore, the increased percentage strengthens the CAD.

ECB President Draghi is due to hold a press conference presented by the Bank for International Settlements, hosted at the ECB, in Frankfurt. Let’s see if he offers any clue regarding future monetary policy actions. Overall, this speech seems to have muted impact.

Final GDP – At 23:50 (GMT), the cabinet office will be releasing data on Japanee gross domestic product data. It’s forecasted to be  0.4% vs. 0.3% in September. The Postive figure will place a bullish impact on a safe haven currency.

Yesterday, the Loonie beat up badly for two reasons:

1 – The BOC (Bank of Canada) decided to keep the interest rates on hold at 1%. Honestly, no one was expecting them to hike the rate, yet the impact was severe.

2 – A surprise drop in Crude Oil prices despite the draw in inventories, adversely impacted Canadian dollar. 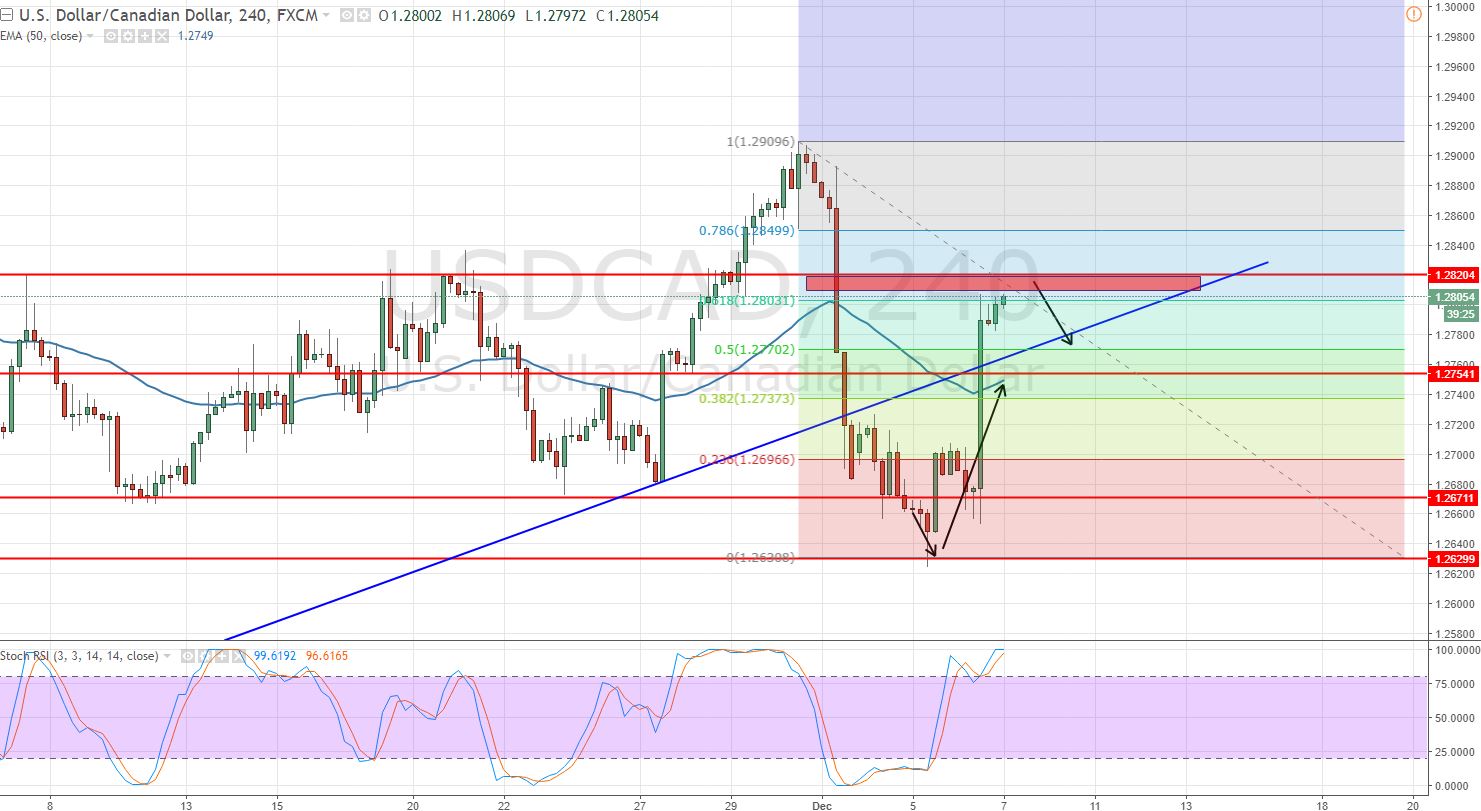 The leading indicators Stochastic and RSI have entered a buying zone, crossing above 50 in the daily timeframe.

What Happened to the Canadian Dollar? USD/CAD Takes a Dive
2 hours ago