Forex Signals US Session Brief, January 4 – Risk is On Across All Markets - Forex News by FX Leaders

Forex Signals US Session Brief, January 4 – Risk is On Across All Markets

Financial markets have been trading in relatively tight ranges this week. However, things are changing. The holidays are over and forex trades are getting back into the swing of things. They seem hungry for action so they’re looking for assets to buy, hence the positive sentiment across all financial markets today. 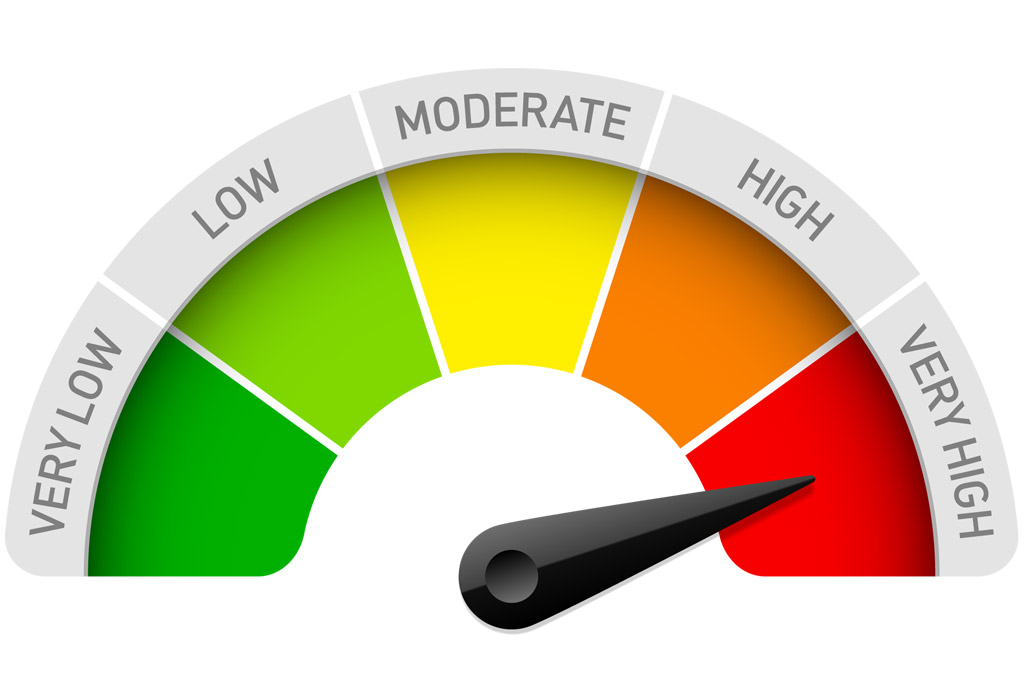 FX traders feel the need to take risk after the holidays

Nothing Can Stop the Euro When the Risk Is On

The risk is back on in the forex market. Commodity dollars tumbled in the early hours of the morning, but they were back on their feet in no time. The impressive jump in Chinese services immediately improved sentiment for the commodity currencies and the reverse started there.

They started climbing and continued climbing all morning. They’re going through a slight pullback now, but the uptrend has resumed again. We got two winning forex signals in USD/CAD and AUD/USD, so we’re not complaining about this surge.

Although, the Euro is the biggest winner today. Commodity currencies used to gain the most when the market sentiment turned positive. The Euro takes the top spot during such times. I heard rumors that Angela Merkel is going to form a government together with the opposition, so that has played a part in the positive tone in Euro pairs today.

Anyway, EUR/USD traded around 1.20 early in the morning, but it is gaining pace as the sentiment improves. It is heading for 1.21 again at the moment but I’m thinking about a countertrend trade here. 1.21 is a big resistance level and if the buyers fail to break it, this level will become stronger.

A double chart pattern will start to form which is a bearish signal. I’m thinking of opening a long term sell forex signal, but I have to observe the price action. 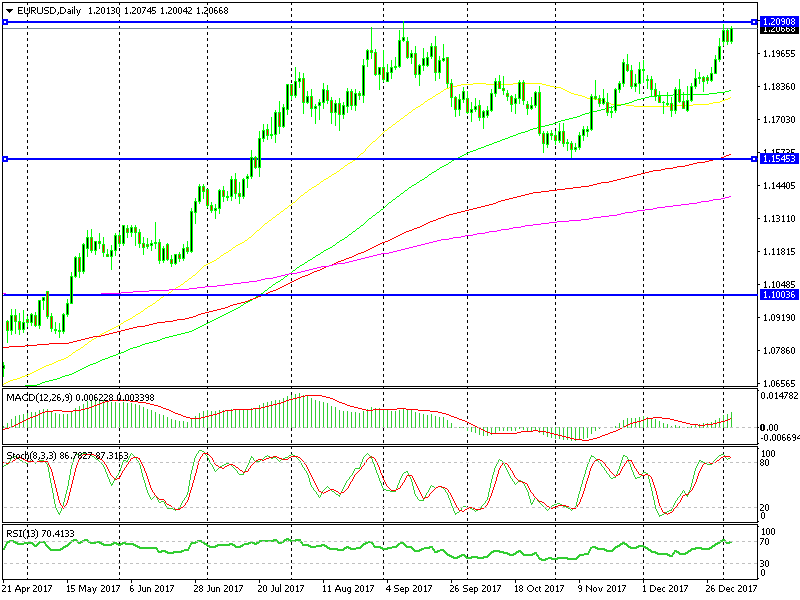 1.10 is the target if the double top pattern works

Ethereum and Ripple Lead the Cryptocurrencies

Cryptocurrencies are back on their feet, apart from Litecoin. Litecoin is having another bearish day and it seems like it can’t resume the uptrend like the other altcoins. That’s good though; I’m waiting for a deeper retrace lower in order to open a long term signal. $150 would be a great place since it was the low during that crash in December before Christmas, but we still have to cover some distance until we get there.

We are long on Bitcoin which is behaving better than Litecoin. The lows have been getting higher during the last two weeks which means that the buyers are jumping in higher every time there is a pullback lower. Although, the uptrend hasn’t resumed yet. If we move and stay above $16,000, then we might consider the uptrend back in place. Until then, we have to wait.

Ethereum and Ripple Coin have resumed the uptrend and are steaming ahead right now. Ethereum has gained about 30% this week and it is targeting the $1,000 level, while Ripple is nearly 100% higher. That’s a huge move, especially for Ripple.

Now Ripple has taken the second spot after Bitcoin in terms of market capitalization. With the way it has moved higher in the last few weeks, many analysts think that Ripple will be the big digital currency in 2018 and will overtake Bitcoin, although never in price value I reckon. 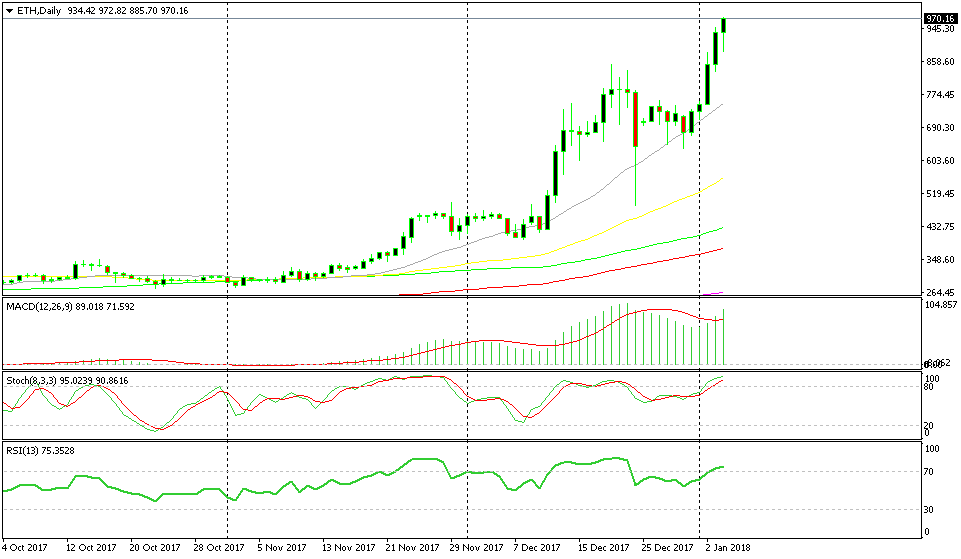 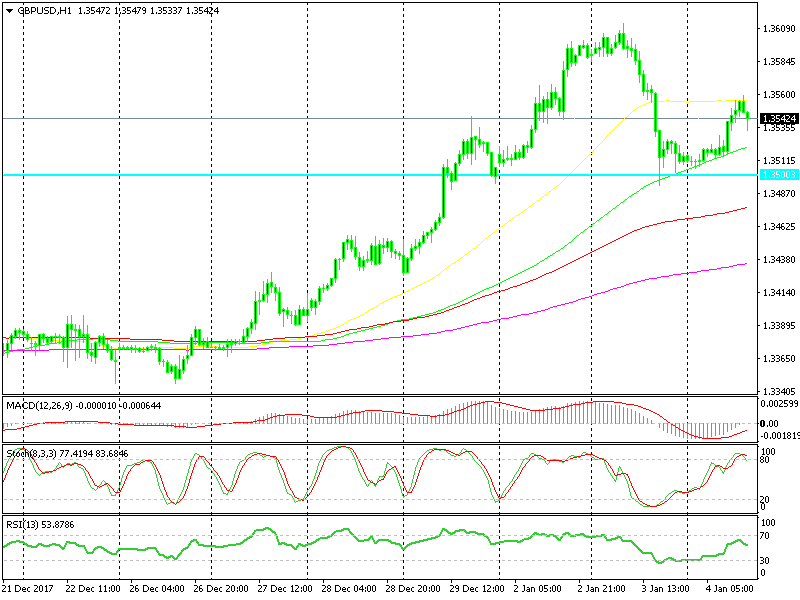 We’re already in profit with this signal

We opened a sell signal in GBP/USD earlier on and it is already 10 pips in profit. The signs are clear on the chart; the retrace up is over since stochastic is overbought and the 50 SMA (yellow) is providing resistance. Let’s hope that we reach the 100 SMA (green) soon.

The risk currencies have been having a nice morning. But the jump in US non-farm ADP employment change is reversing the forex market, so take that into consideration. Our sell signal in GBP/USD is progressing nicely and Bitcoin looks like it wants to resume the uptrend, so hold on to your positions.

Forex Signals US Session Brief, January 10 – Trade War is on Between US and China
4 years ago

Forex Signals US Session Brief, January 5 – Bitcoin Breaks the Triangle while Forex Majors Wait for US Employment
4 years ago