Forex Signals US Session Brief, November 29 – Uncertainty About the USD

The forex market is quite uncertain today. Some major currencies are advancing against the USD, others are down. In the last few hours, we are sensing some risk off sentiment as JPY and CHF climb higher. Cryptocurrencies are down so far, but the uptrend is still in place. 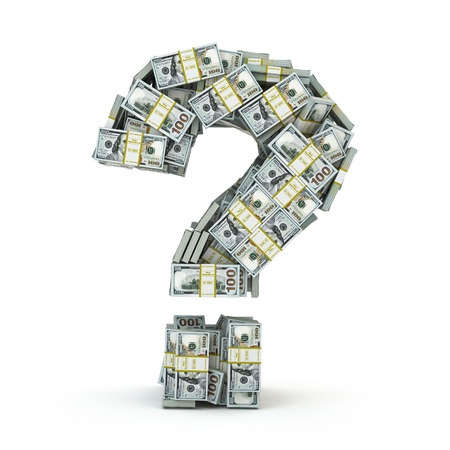 The USD sellers don’t look so sure today

It’s Good for the Buck When the Market is Uncertain

The US Dollar has been declining throughout last year when it should have gone up, according to the fundamental textbook. Trump wanted the USD lower and the USD has been heading lower since Trump entered office. He has blamed Germany and China, but he’s just as much to blame.

The economic data from the US has been improving, the unemployment rate is pretty low. It’s below 5% which is the natural unemployment rate. We will explain this natural rate when we have a major data release.

Wages are picking up and inflation is headed towards the 2% target that the FED has set. But every bounce in the USD has been met by sellers and the reverses downward have been quite violent.

Today though, the market seems uncertain about the Buck. This is a good thing considering the strong downtrend. The market is weighing the odds of going for or against the USD. Donald Trump did say that a strong Dollar is good for the US, but the market is not believing what he is saying.

Major pairs such as EUR/USD and USD/JPY have reached some major support and resistance levels. EUR/USD reached 1.25 last week, while USD/JPY fell to 108.20s. These are strong levels where the price has reversed in the past and both pairs are having difficulties moving past these areas. So, a reverse might be on the way for the USD.

Tether invited Friedman LLP to Audit its finances, which should have been pretty straightforward. If the company (Tether) can back all the coins it has issued with capital in its bank account, then everything should be fine.

The market capitalization for Tether was above $2 billion a short while ago, although the market cap for cryptos changes constantly as the currency value increases and decreases. Tether must have more than $2 billion in equity and the auditing should be simple.

But, it seems as though Friedman LLP has quit. Tether tried to justify this by saying that Friedman was going too much into detail. Since this is the first time a cryptocurrency is trying to get audited, Tether decided to scrap it.

This looks suspicious and it has been weighing on cryptocurrencies. Bitcoin is nearly $1,000 lower but it still remains in an uptrend. It is not making any new lows, meaning if the lows are getting higher, the uptrend remains intact.

Ethereum is holding up pretty well. Although, the 50 SMA on the hourly chart is providing support, so this might be the end of the downside for this cryptocurrency today. Litecoin is the heaviest hit among major cryptos as it has lost about 10% of its value so far. I would have liked to go long here on Litecoin, but there’s a bigger support level waiting lower, which is highlighted in the section below. 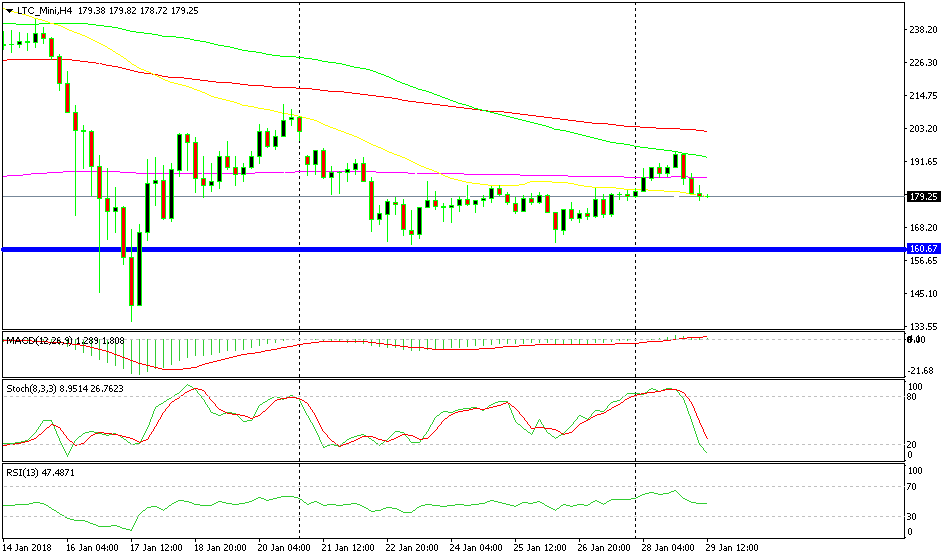 Setting up for a reversal here?

The big correction in cryptocurrencies seems to be over. They resumed the uptrend last week, although not the crazy uptrend we saw until mid-December. Today, Litecoin is about 10% lower, but at the moment the move lower has stopped and it looks like it is waiting to reverse higher. The stochastic indicator is oversold, which means that the H4 chart is oversold. The doji candlestick is also pointing up. Although, the area at $160 would be a much better place to go long from. We haven’t made our mind up yet, you have to make that decision yourself.

Today is Monday, so the market hasn’t made up its mind either. The economic data is light apart from the US personal spending and price index so the market sentiment will drive us around today and tomorrow as well until the FOMC meeting on Wednesday.

Forex Signals Brief for September 13: An Update on LTC, BNB and XRP Coins
4 months ago