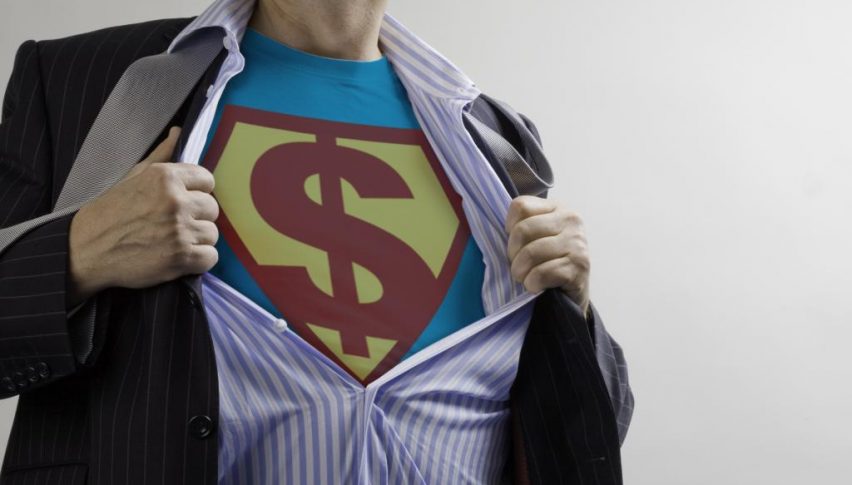 The US Dollar received some strong bids yesterday, pushing forex major pairs to some important levels, such as the 1.22 level in EUR/USD. Now, it seems like the tide is finally turning for the USD. Perhaps, the market was just waiting for the new FED Chair Powell to take power. Cryptocurrencies continue the uptrend of the last two days, although it has slowed down today.

We all have seen the US Dollar in awe as it fell throughout last year. The selling spilled into this year also, so the Buck has been on a strong bearish trend for more than a year. I didn’t like the way the USD has been declining during this time, to be honest. It was too violent and the support levels didn’t do a good job at all as they got broken one after the other.

The economic fundamental factors were mostly in favour of the US Dollar as well during this period. But Donald Trump wanted the Dollar lower and that’s all the forex traders needed to hear. So, it’s been a one way street for the Buck for more than a year.

Although, as we mentioned, the tide might be changing for the USD.  USD/JPY reached the big support level at 105.50 where it stopped. It looks now like the pressure is shifting to the upside because the buyers are jumping in higher. Two weeks ago, the sellers stopped at 105.50 level; this week, the sellers gave up 100 pips higher at 106.50.

GBP/USD is also having trouble above 1.40, while AUD/USD is having trouble staying above 0.80. We have covered the long term charts in EUR/USD and have highlighted a few times the 1.25 level. This seemed like the make-or-break level for this forex pair. If EUR/USD broke above it, that would have opened the door to the next range for this pair, which stretches from 1.25 to 1.40.

So, the next targets would be 1.30, 1.35 and ultimately 1.40. But, the new FESD Chairman is on the job and he sounded hawkish yesterday. The market had been waiting for him and the first sign yesterday was bullish for the USD.

Is this the beginning of the reverse we were all waiting? The signs say it is, but we still have to wait a few more weeks o see how it all evolves from here.

Cryptocurrencies Are Taking Some Rest

In the last 2-3 days, cryptocurrencies have been trading on an uptrend. The big correction down ended earlier this month and the larger uptrend resumed again. But last week, we saw another correction lower in the crypto market.

On Sunday, the second correction ended and the uptrend resumed again. Today though, the uptrend of the last few days doesn’t look so strong.

Bitcoin did push higher this morning. It reached the $11,000 level which is above the 20 SMA on the weekly chart that we highlighted yesterday. This moving average is the indicator that defines whether Bitcoin is bullish or bearish. The crypto market follows Bitcoin usually, so this moving average is a defining indicator for the whole market. At the moment Bitcoin is trading below it, which means that the uptrend is not in full swing yet.

As you can see from the H1 chart below, the 20 SMA (grey) has pushed Bitcoin higher in the last two days. But today, that moving average got broken and now the sellers are pushing below the 50 SMA (yellow) too. If the uptrend is to continue, the moving averages must hold. 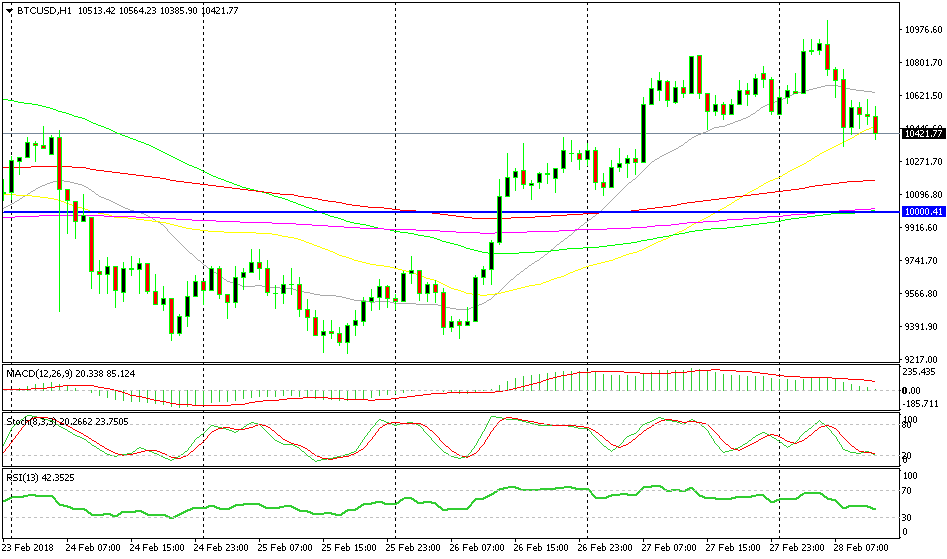 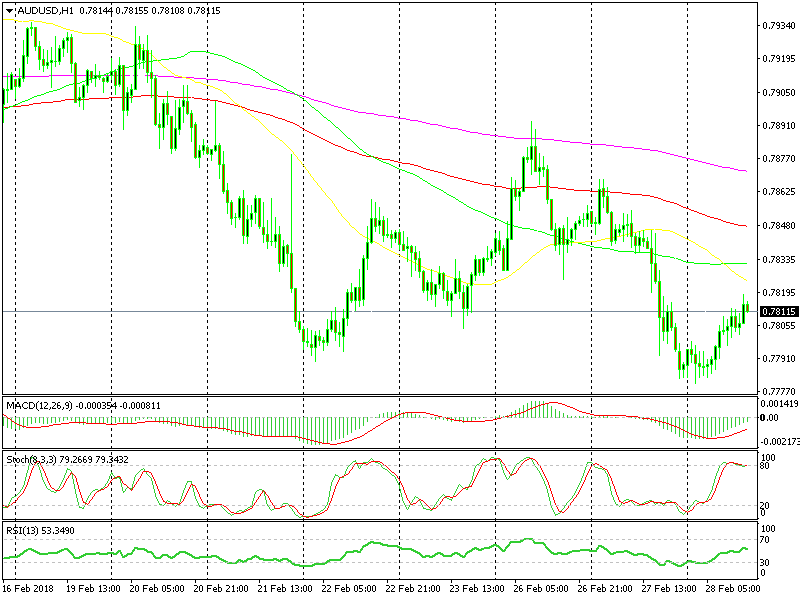 We went short on this forex pair a while ago. The trend is pretty bearish, especially after gaining pace yesterday after Powell’s statement. At the moment, AUD/USD is retracing higher but the retrace seems to be over since the buyers are having trouble pushing higher now. So, we opened a sell forex signal here based on this price action.

The US Dollar is enjoying some good times for a change. But that might change again soon. The US GDP report is about to be released shortly and that might turn the market sour again for the Buck. It might also add more strength to the USD if the numbers are positive. That would be really great for the Buck, so we will watch the report closely.