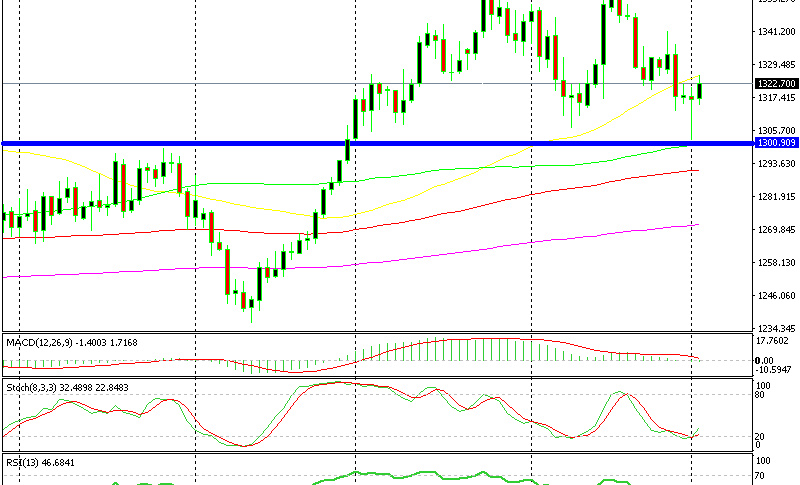 Yesterday I posted an update about Gold. The picture seemed pretty bearish at the time of writing. Gold had failed to break the resistance at $1,360-70 and it was in the middle of a bearish trend. But, Trump came like a storm and financial markets changed.

Donald Trump’s tweets about tariffs on steel and aluminum scared the traders and everything changed in the blink of an eye. Safe haven assets received some strong bids and Gold started moving higher, the same as CHF and JPY.

As you can see from the daily Gold chart below, Gold reached $1,302 yesterday in the afternoon, right before Donald trump went and screwed everything up. That is a major support and resistance level, as we highlighted in that forex update. 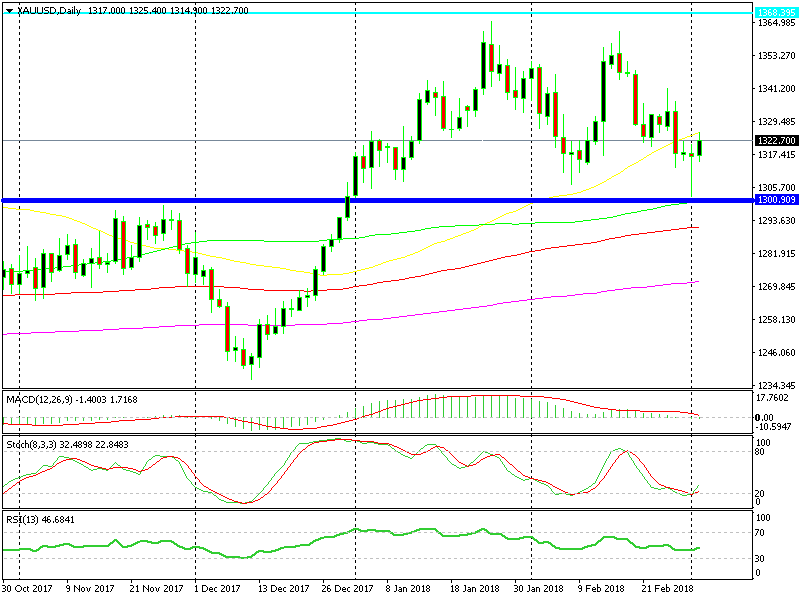 The sellers were pushing down pretty fast until then, but the $1,300 level held its ground. Then Trump came and the reverse began. So, Gold reversed right at the support level.

Besides the big round level which acts as support in itself, the 100 SMA (grey) is also standing right there on the daily chart. This moving average hasn’t been particularly a great support and resistance indicator on this timeframe, but it worked yesterday, helped by Trump as well.

The stochastic indicator is also oversold, which means that the move down is over. Yesterday’s candlestick is another bullish signal. It closed as a doji which is a reversing signal and today the upside is progressing further.

But, the 50 SMA (yellow) is providing resistance on top. So, the buyers must break that moving average if the reverse is to take complete form. If that doesn’t happen, then this might be a good opportunity to sell at this moving average.