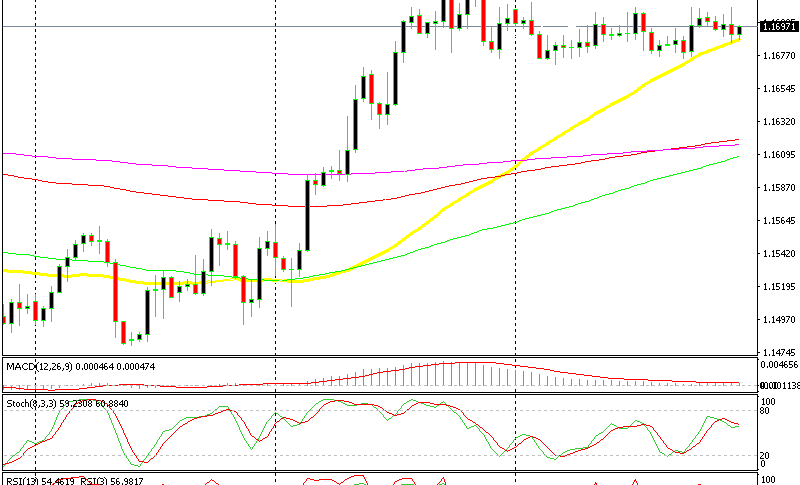 Buying EUR/CHF at the 50 SMA

Yesterday we lost a great opportunity to go long on EUR/CHF. This pair had retraced down to 1.1770s. That is a decent support level and the 50 SMA (yellow) was standing around there. The Swiss National Bank (SNB) didn’t sound “too hawkish” yesterday, so the pressure was on the upside.

But, the jump higher happened pretty quickly, so we missed that chance. But, EUR/CHF has retraced lower again today. So we decided to go long on this pair now. 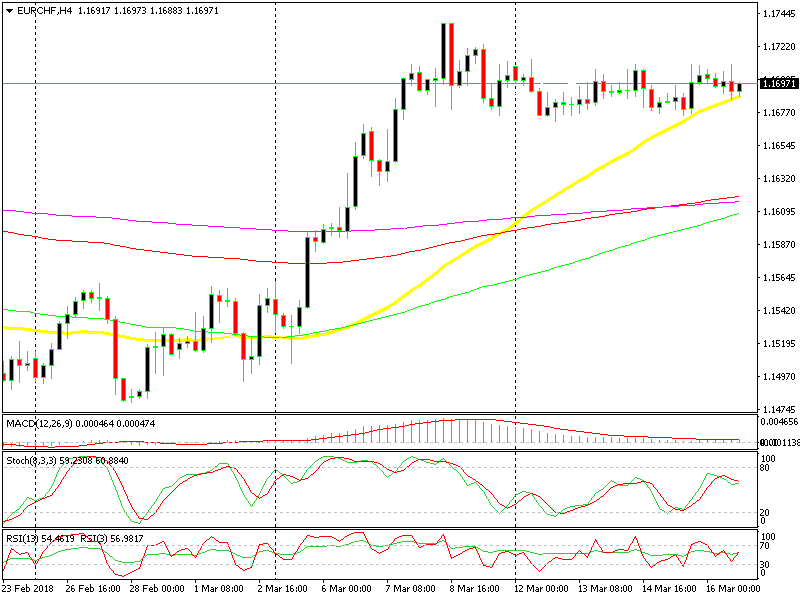 As you can see, sellers became active when the price reached the 1.1710 level. That area is a resistance level. In fact, a range has formed between 1.1670 and 1.1710. So, the price returned lower at the top of the range.

We opened this forex signal about 20 pips above support. But that’s because the price touched the 50 SMA and it stopped right there. The H4 chart is not oversold yet, so there’s still room on the downside. But, the 50 SM is not letting go and the H1 chart is already oversold.

So, we decided to go long here. The stop loss is way below the support anyway. By the way, we just closed manually the sell signal in AUD/USD, so we got around 200 pips in profit as a bonus before the weekend.

Litecoin Crypto Facing Strong Support Indicators - Will LTC Reverse at $140 or $100?
1 month ago