USD/JPY made an impressive climb today. It failed to break below 105.50 which is a major support level and then reversed higher. The improvement in the market sentiment helped the matters as well since the Yen is a safe haven currency. When the sentiment improves, safe havens decline, thus USD/JPY and EUR/CHF move higher.

So, USD/JPY has been moving higher this morning and we decided to open a sell forex signal as this pair was climbing. The buyers ran into the 50 SMA (yellow) on the H1 chart and the previously H1 candlestick closed as a doji which is a reversing signal. The buyers were showing signs if exhaustion, so we decided to sell down there. 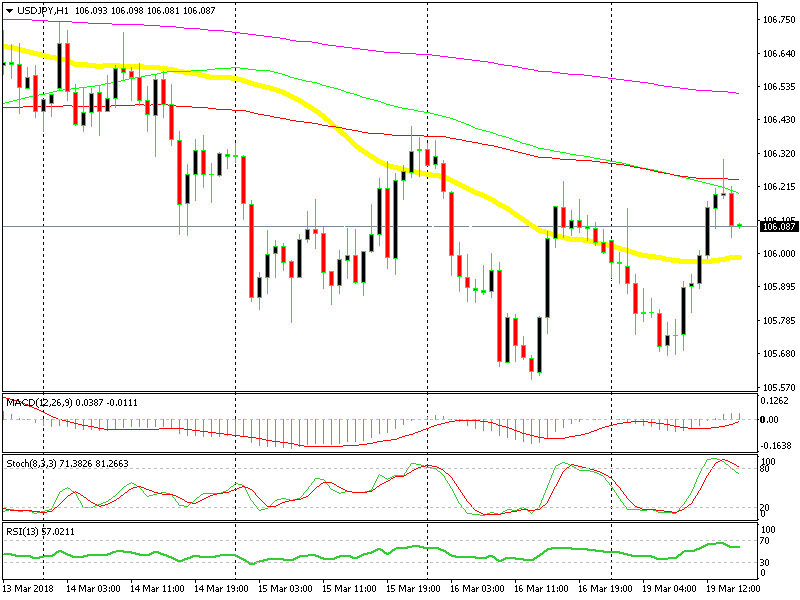 The pin is followed by a bearish candlestick

But the Brexit comments kept coming and the buyers had another push higher. The price broke above the 50 SMA on the H1 chart and reached 106.30. That is where the 50 SMA was standing on the H4 chart, as you can see from the image below. 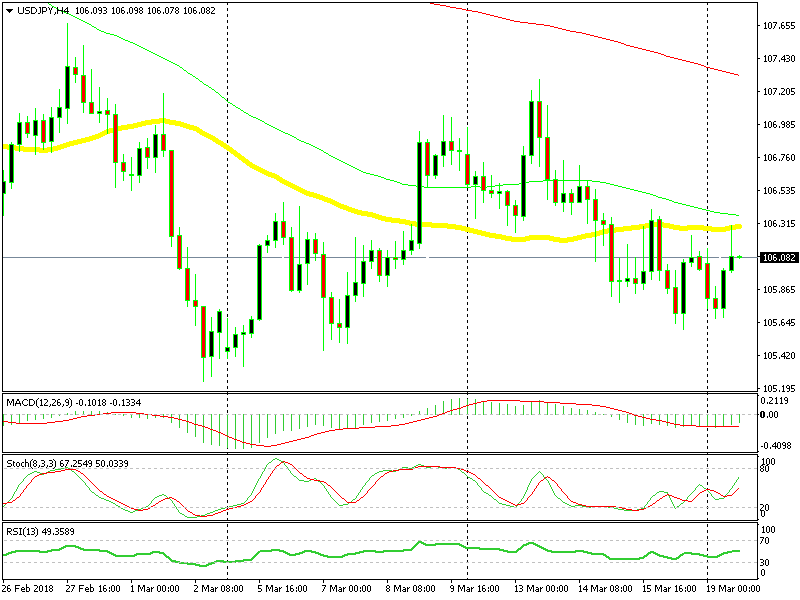 This moving average has been providing support and resistance before and it did just that today. The price pulled back lower and now it seems like the retrace up is over. Although, the hourly chart looks more bearish. The pin is a reversing signal, especially when followed by a bearish candlestick.

The stochastic indicator is overbought and it is reversing down on this timeframe chart. Besides, the trend is still massively bearish. So, it seems like the reverse is happening. We’re holding on to our sell signal here.