Earlier today we opened a sell forex signal in USDJPY. We based that signal on the H1 chart. The price had reached the 50 SMA (yellow) which was providing resistance. The H1 chart was overbought as well since stochastic was at the top of its window. 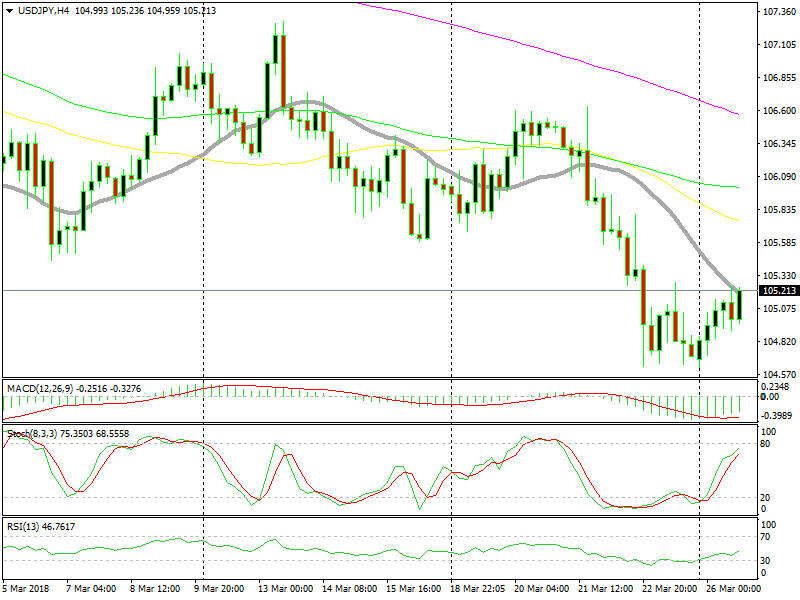 Now that stochastic is overbought, the downtrend should resume soon

Although, this time we have the help from the 20 SMA (grey). It has caught up with the price now and it should provide some form os resistance. Besides that, the stochastic indicator is overbought. This means that the retrace is almost over on the H4 chart as well. According to this chart formation, the sellers should start getting active and the downtrend should resume soon.

But, we must have the market sentiment on our side as well. This pair heads down when the sentiment is negative in the financial markets, so I hope the sentiment deteriorates soon.