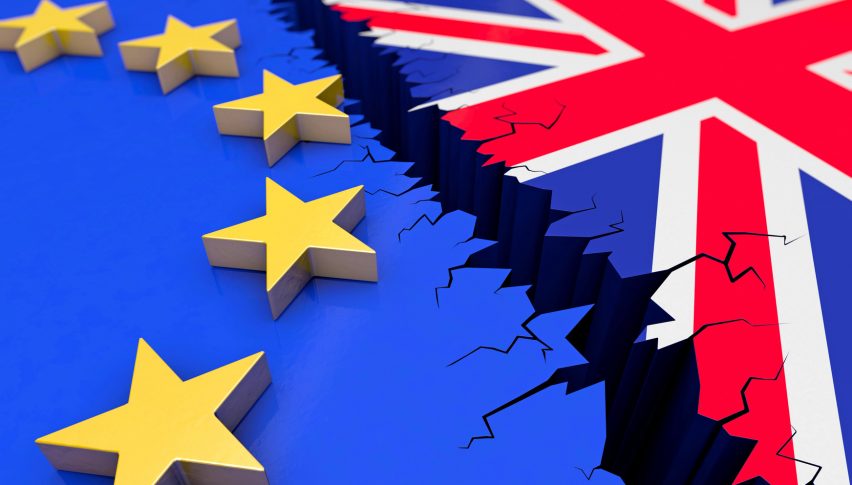 UK politicians and bankers have tried to ignore the Brexit impact on the British economy. But the effects are already showing even though Brexit hasn’t started yet. We thought that cryptocurrenices were about to reverse higher yesterday and that is happening as Bitcoin and Litecoin move higher after the retrace on Wednesday.

Only a week ago, the GBP buyers were ever so confident in the currency. Soft Brexit was underway and GBP/USD was surging like crazy. It seems strange to me that GBP/USD climbed above 1.43 when the economic data was deteriorating and with Brexit behind the door.

But, the Brexiteers in particular, were full of confidence that the UK economy was going to sail through any storm. Well, the GDP report today for Q1 poured cold water on that flame. It came at 0.1% against 0.3% expected, down from 0.5% in the last quarter of 2017. Last quarter was also revised down to 0.4%.

The annualized growth rate stands at 1.2% from 1.4% before this report was released. This is the lowest reading since 2012 when the global economic crisis was at its height. This means that there is no chance that the Bank of England BOE will raise interest rates on next meeting which is in May. If they do, I will eat my hat, that’s my promise. I will literally eat a hat.

The Brexiteers continue their epic denial though. The UK government’s spokesman just popped up saying that the GDP report was disappointing but the economy continues to grow after the Brexit referendum and the fundamentals are strong. Hello, Brexit hasn’t started yet and the economy is already trembling.

The decline in GBP/USD can’t seem to stop at anything or any level. A bit more than a week ago GBP/USD was near 1.44, now it is trading 600 pips lower and by the look of it, the downside is just beginning.

The Reverse in Cryptocurrencies Materializes

The reverse that we predicted yesterday in the midday brief for cryptocurrencies is really happening today. The 200 SMA (purple) held its ground for Bitcoin on the H4 chart. The 100 SMA comes at the same levels on the daily chart and it provided support for most of major cryptos.

Back to the H4 chart, you can see that the sellers gave up just above this moving average. The price formed a few doji and hammer candlesticks which are reversing signals. The stochastic indicator was also oversold, which looked like the pullback lower was done.

Now, the reverse is underway and the uptrend has resumed. Bitcoin is around $700 above the lows but if the buyers want to keep the uptrend going, they have to push above this week’s highs.

We can see a similar story in Ethereum and Litecoin, so the crypto market is moving as a whole again. I don’t know if we will see the leaves we saw last December in Altcoins, but this uptrend looks steady, so it is likely to stretch further.

The bullish chart setup that we posted yesterday materialized 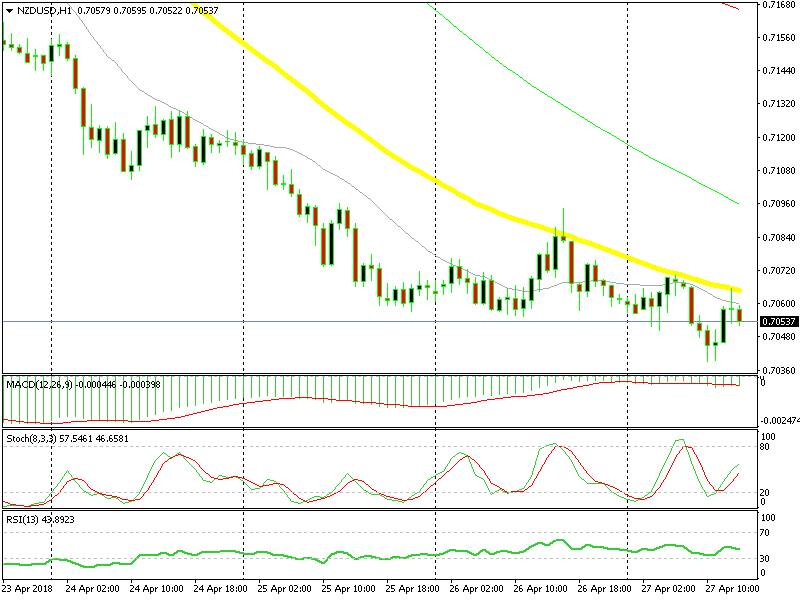 You can’t go against such a strong downtrend

This is exactly the same chart setup as the one we posted yesterday. We went short on NZD/USD at the 50 SMA yesterday and it proved to be the right decision as we booked profit in the afternoon with this pair sliding down. So, we are thinking of doing the same today.

The UK GDP report was terrible this morning and it sent the GBP tumbling nearly 200 pips lower. But now we have the US GDP report which will be released shortly and that might give the forex market another shake, so let’s concentrate on that one now.