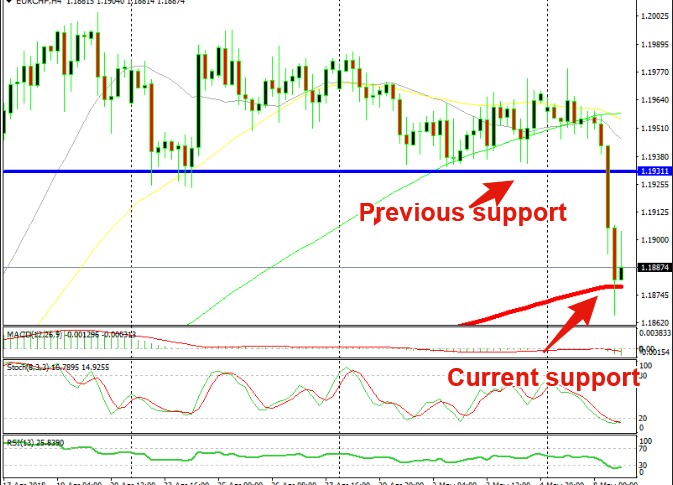 As you know from our forex signal alerts (if you are a member), we have an open signal in EUR/CHF which we opened earlier today. We decided to go long above 1.19 which is a big round level. I thought that 1.19 would provide some sort of support since the sellers looked weak down there.

I was hoping for a bounce, but this bounce never came. So, down went the EUR/CHF as safe havens attracted strong bids and triggered the stop loss of our signal. That was a hit we took, but I am thinking of getting back into the market. It is not wise to fight the market, so we’re not trying to.

We think that this forex pair has reached the bottom, for now, so the retrace should be over. As you can see from the H4 chart, the stochastic indicator is oversold on the H4 chart and the trend is still massively bullish.

Yes sure, there is the case that the sellers have become active after the failure to break the major level at 1.20. This level is a big one, so it attracts a lot of attention. The buyers have also retreated somewhat, but now that the pullback is over they should start become active soon.

Although, I think I will wait a bit longer because the 30 minute chart looks a bit bearish at the moment. The stochastic is overbought on this chart and the 20 SMA (grey) is providing resistance, so there will be another attack at the bottom, by the looks of it. 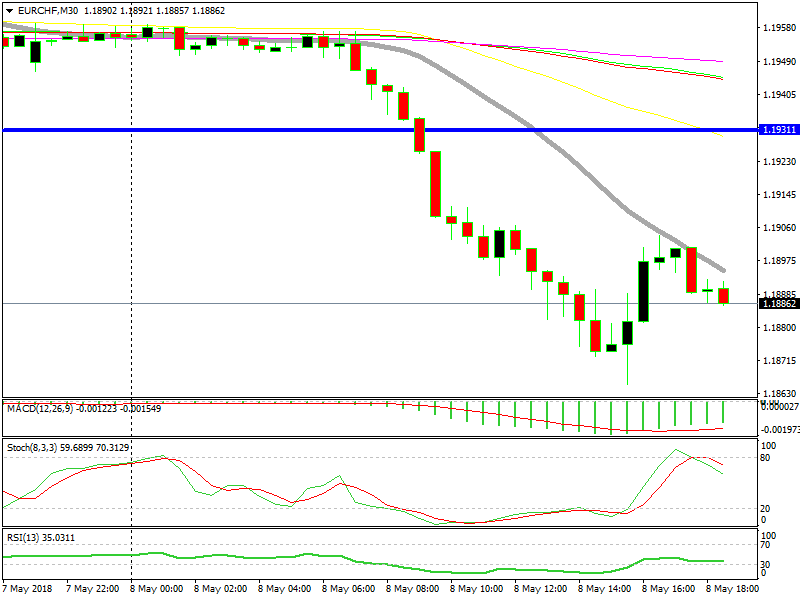 The 20 SMA is reversing the price back down again

Although I expect this move to be over at the 100 SMA on the H4 chart, which stands at 1.1860-70, by that time, the stochastic will be oversold on the 30-minute chart. I will place a buy order at that area, so I don’t have to watch the charts overnight. By the way, we just went short on GBP/USD again. The chart setup is the exact same as the last time we sold this pair, which was last night.