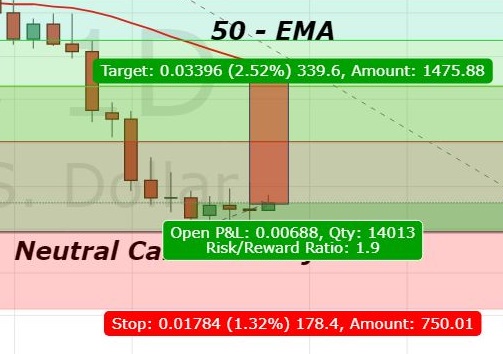 In the previous three weeks, the sterling dropped from 1.4375 (high) to 1.3475 (low), which is almost 900 pips. The bearish trend, much worse thanexpected, came in response to economic figures of the U.K. and a stronger dollar. U.K’s inflation fell from 2.7% to 2.5 and GDP grew by only 0.1% q/q in Q1 of 2018 which is quite disappointing. But the point to focus on is whether the Bank of England can support pound today?

Technically, the Cable is massively oversold and the daily RSI is holding in the oversold zone since the last week of April. Now, it badly needs to retrace back upwards, though it’s hard for traders to buy sterling until they have some kind of solid fundamental support. In my opinion, the BOE can bereason for a bullish reversal in the pound. But, as discussed in FX Leaders May 10 – Economic Events Brief, the market is expecting BOE to keep the rates on hold.

Anyway, officials from the MPC (monetary policy committee) can support the pound if they want, merely by voting for the rate hike such as 3-0-6 instead of the 2-0-7 forecast.

Technically, the pair is carrying a bearish trend. The cable has recently gained support above $1.3485, and it has formed a number of doji and spinning top candles which are signaling the neutral sentiment of traders.