Forex Signals US Session Brief, June 28 – All the Attention on the EU Summit - Forex News by FX Leaders 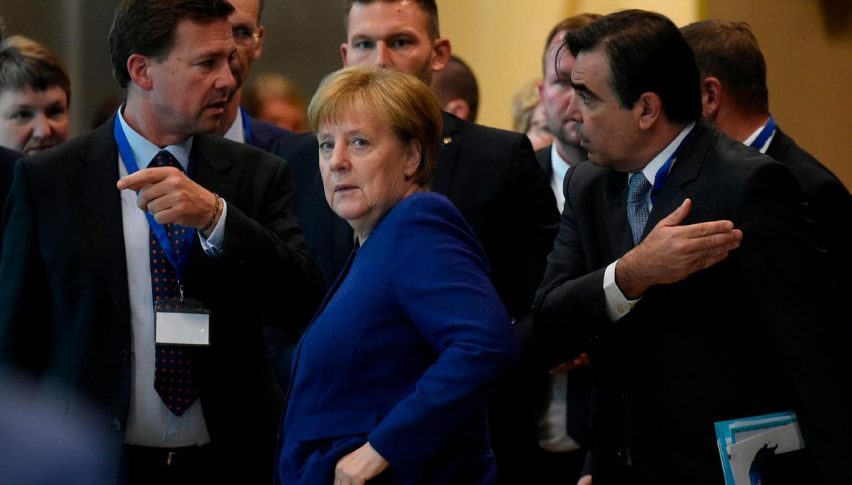 Forex Signals US Session Brief, June 28 – All the Attention on the EU Summit

Merkel is cornered by her own government on immigration

The main event today and tomorrow will be the EU economic summit in Brussels. Although it is an economic summit, the main issue that will be discussed there will be immigration. Europe has been flooded with waves of immigrants in the last several years, since the Arab Spring happened and the countries have been trying to tackle it, either on their own or together, but without much success. Now, the heat of migration has reached Germany and the German Interior Minister has given Angela Merkel time until the end of the month to find a solution, for Germany or for the entire continent.

Merkel wants a continent-wide solution, so she has to find consensus among the EU leaders. That’s a tough one. If she doesn’t, then there will likely be new elections in Germany. In that case, the EU project could be at risk, given the many problems and threats the EU faces right now such as Brexit, Trump’s trade war and the increasing populism in member countries. That is a big risk for the Euro, that’s why this summit is very important.

German Inflation Cools – Last month CPI inflation surged in Germany. That was a good sign, although only for a month, because if inflation kept that pace for a year, it could get dangerously high. This month though, all the regional figures came much lower than last month. The main German CPI number hasn’t been published yet but it should be down too since it is a median average of the regional figures.

Spanish and Italian Inflation – The expectation for the CPI inflation for both countries this month was at 0.2%. The CPI numbers from Italy and Spain came at 0.3%, which is slightly positive. This means that inflation is keeping up in Europe despite the soft numbers we saw from Germany.

Anti Foreign Interference Law in Australia – The Australian lawmakers have passed a law to counter foreign interference, which is aimed at China. China has been against such a law but the Aussies have pushed it forward. The problem is that Australia is very dependent on raw material exports to China. This could mean more trade battles and that is negative for the AUD.

No Progress on Irish Border – The Irish Prime Minister Varadkar said earlier today that there is no progress being made regarding the border between Ireland and Northern Ireland. Well, there are so many things for the EU to take care right now so I think this will take some time, up to several months. Until then, the situation should remain bearish for the GBP.

EU Says We’re Heading for a Trade War – EU’s Trade Commissioner Malmstrom said that there is no trade war at the moment but things are moving in that direction. I guess the talks with the US administration are not going very well. So, trade war it is then.

USD on Retreat – The USD was charging ahead during the European session. But in the afternoon, a reverse started to take place. EUR/USD is 70 pips higher and commodity Dolars are up too. Although to me, this seems like a good opportunity to sell them.

US Final GDP – The final GDP reading for Q1 will be released soon. It is expected to remain unchanged at 2.2% as the previous reading. Although, Mnuchin said yesterday that we should prepare for a strong Q2 GDP reading. Let’s see if we get a hint from the Q1 GDP figures today.

US Unemployment Claims – Unemployment claims came at 218K last week. This week they are expected at 220K. That is the level where the claims have been for most of the year, so unless there is a strong deviation, I don’t think they will have much impact on the USD.

US Final GDP Price Index QoQ – The price index is released together with the GDP report. This number is important because it shows the inflationary pressures which are important for the US economy and for the FED, obviously. It is expected at 1.9%, down from 2.3% back in March. 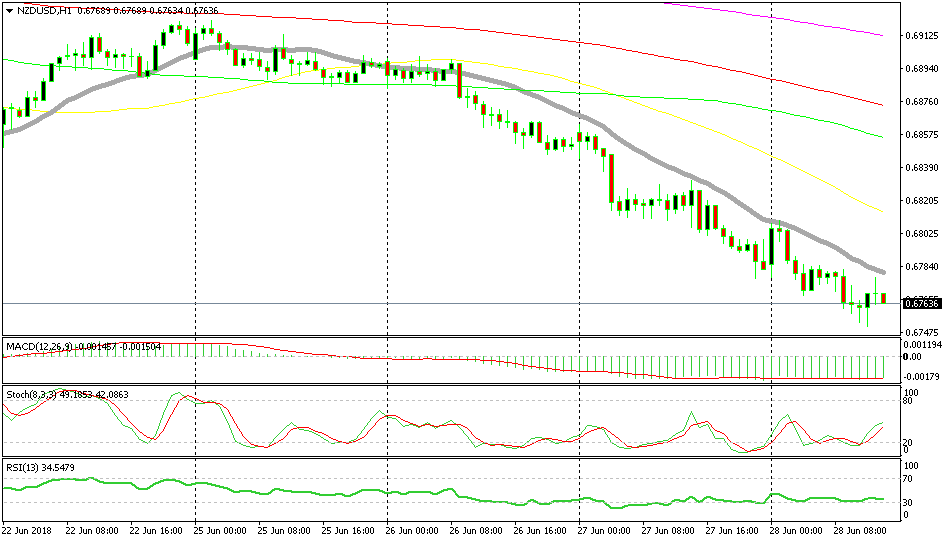 Yesterday we had two sell forex signals in AUD/USD and NZD/UD. The trend has been bearish for several days in these pairs and it has picked up pace. The market sentiment has been negative for commodity currencies, so the situation remains bearish. For this reason, we decided to sell the latest bounce in NZD/USD.

The EU summit is going on in Brussels, with the aim to reach an immigration deal. Merkel said this morning in the German Bundestag that it will be very difficult to reach a deal with all the EU leaders. We know this is challenging and it does seem unlikely to happen within this week, so it means new elections in Germany, right? We will keep an ear on the summit.

Forex Signals Brief for May 18: USD Gets Beaten Up on Risk Reviving, But Cryptos Don't Benefit
3 days ago