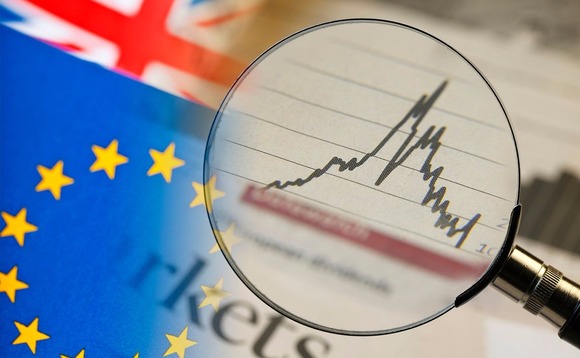 Forex Signals US Session Brief, June 29 – GDP and EU Summit In Focus But Trump Wants All the Attention Again

The future looks bleak for global trade and economic growth

Today is a GDP day as the UK and Canadian GDP reports are up on the economic calendar. The UK GDP report was released this morning and the main headline number came slightly better than expected. But, the improvement was largely due to new methods to measure the construction output. The business investment also decreased, so it wasn’t a good report overall. But the market just took the headline number and run away with it. As a result, GBP pairs are around 100 pips higher today.

Later on in the US session, we have the Canadian GDP report being released which will likely provide some decent price action for CAD pairs. The EU summit is continuing today as well and I heard that they have reached a consensus on immigration, but the steps to tackle it are still uncertain. On the other side of the Atlantic, Donald Trump never disappoints to make things even more interesting.

German Retail Sales – Retail sales in Germany have been declining the entire year so far. Last month though, retail sales increased by 2.1% which was revised lower to 1.6% today. That was a promising sign, but sales took a dive this month declining by 2.1%. That is the biggest decline this year so it is not a good sign for the German economy.

French Consumer Spending – The consumer spending grew by 0.9% in France this month. This is the second positive month this year. It is a good sign, but it is counterbalanced by the fall in German retail sales.

EU Immigration Deal – An immigration deal has been reached in the EU summit. We don’t know yet what it exactly means. Immigration camps are supposed to be built somewhere close to the EU, whether it is in European countries that are not part of the EU yet or in North Africa. Nonetheless, the main danger for the EU that was Merkel’s ousting which could be the end of the European project is now diminished. The coalition party CSU said that they are happy with the deal and the alliance with Merkel’s party is absolute priority. This has relaxed a lot of nerves and it should be positive for the Euro in the near term.

Trump Wants to Leave the WTO – A report was published today where Trump tells his advisers that he wants the US to leave the World Trade Organisation and that the arguments that the US has benefited greatly from WTO in the past mean nothing to him. I predict a big mess in world trade and business. This is the worst time for the EU to fall apart.

UK GDP QoQ – The main number of the UK GDP report came out at 0.2% against 0.1% expected. That sent the GBP surging, but I see this climb as a good opportunity to sell since the details weren’t good. The headline number was also a bit distorted by new methods of calculation.

Canadian GDP MoM – The Canadian GDP took a dovish turn in March and April, but it picked up nicely in May as it increased by 0.2% and 0.4% at the beginning and at the end of the month. This month, the GDP is expected to remain flat at 0%, but after Trump’s tariffs on Canadian Steel, we might as well see a negative number today.

US Core Price Index – The core price index is expected to remain unchanged at 0.2%. That means that core inflation is at around 2.5% YoY, which is above the FED’s target.

US Personal Spending and Personal Income US personal income has been growing at 0.4% a month during this year but it slowed to 0.3% last month. The spending has been weak, but it jumped higher by 0.6% last month. This month, the income is expected to grow while the spending is expected to cool off. It looks contradicting, but we have to see the numbers first before making any assumptions.

Chicago PMI – This index asks purchasing managers about the rate business conditions. They hold the most relevant insight of the economic conditions so it will be interesting to see how the trade war has affected their views.

US Revised Consumer Sentiment – The US consumer sentiment is expected at 98.0 points. It has declined in the last two months so perhaps we will see another miss today. Or perhaps things will turn around which would be positive for the USD.

BOC Business Outlook Survey – The Bank of Canada will release the business outlook survey later in the afternoon. With all the tariffs, I don’t think this will be a positive survey. 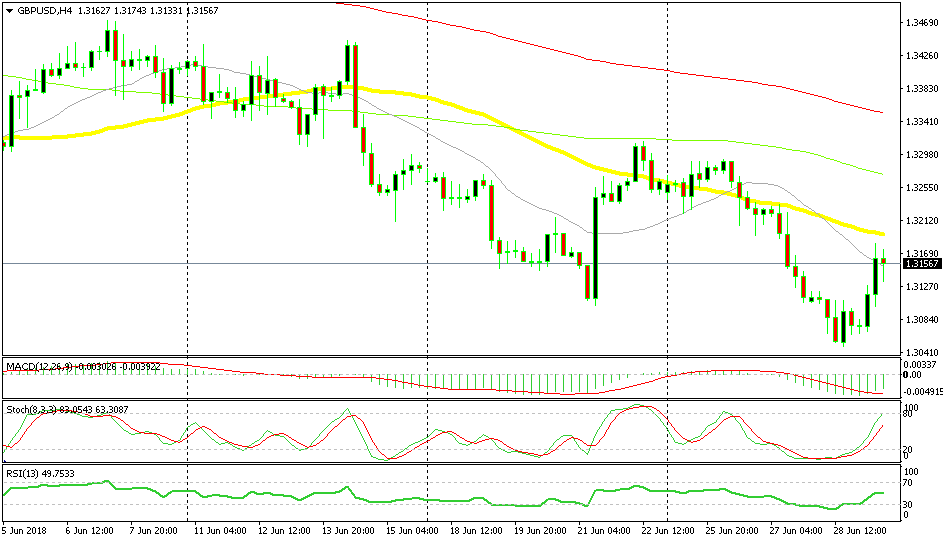 As I mentioned above, the jump in GBP/USD is a good opportunity to sell this pair. The GDP report looked better than it is and the pullback up seems complete since stochastic is overbought. The 20 and the 50 SMAs are also standing around the current levels and they are making things difficult for buyers. So, we might as well open a sell forex signal up here today.

The Canadian GDP report is about to be released soon and the later the business survey from the Bank of Canada will offer us some more insight into the Canadian economy. I expect some weak numbers from Canada today given the trade war that Trump has unleashed on America’s allies, so CAD traders brace yourselves.