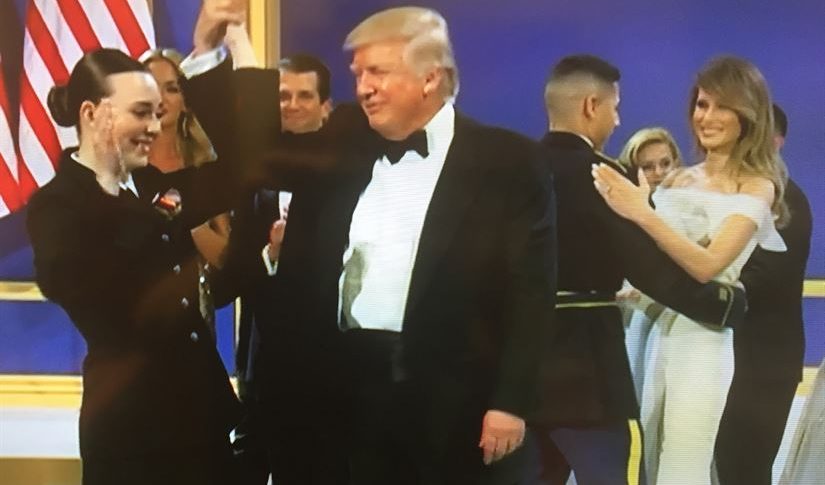 One last dance before the divorce?

The stock market in particular took a hit today. Nikkei 225 and DAX 30 opened with a big gap lower and they haven’t been able to close it. In fact, European indices are still sliding at the moment.

The reason for the decline was the comment from the Chinese officials that China will take measures to retaliate against the US tariffs. The market has been waiting for China to announce the measures and the risk here is that this might escalate the trade war. After all, Trump has threatened China with another round of tariffs on $200 billion of Chinese goods.

Another risk is the NATO summit. Trump has been bashing the European members for not spending enough on defence and Donald Tusk has responded saying that the US doesn’t have many allies, so it should stay close to those who are left. I suppose there will be plenty of tensions in the NATO meeting which will be held today.

ECB President Draghi Speaks – The president of the European Central Bank Mario Draghi held a speech this morning although he didn’t touch the monetary policy. Nonetheless, this appearance was enough to send the Euro around 40 pips lower.

US PPI – The US producer price index report was released in the European session. Both the headline and the core number were expected at 0.2% but came at 0.3%. That’s positive for the USD, particularly the core number.

Italian Government Not Planning Leaving the Euro – Italy’s Di Maio for the 20th time that Italy is not planning on leaving the Euro. But, the ECB must modify its statute to have more powers. That could be a positive thing for the Eurozone and for the Euro.

ECB Not Hiking Rates Anytime Soon – ECB’s Villeroy said that the first rate hike won’t be any sooner than next summer and even then, it will depend on inflation and economic data. No help there for the Euro.

China Will Take Measures to Retaliate the US Tariffs – The Chinese Foreign Minister said that China will protect its interests and that this is a war between unilateralism and multilateralism. They’re still words though and the market is waiting anxiously to see what measures China will take. They have already decreased the soybean purchases dramatically from the US.

US Wholesale Sales MoM – The US Wholesale trade sales grew by 2.5% against 0.5% expected. Inventories came a bit higher than expected as well. This is good news for the USD as this report will help the GDP reading for Q2.

BOC Hikes Interest rates – Bank of Canada increased interest rates from 1.25% to 1.50%. That was expected but the CAD is climbing up nonetheless and as a result, USD/CAD is declining.

US Crude Oil Inventories – US crude Oil inventories will be released soon and they are expected to have declined by 4.1 million barrels. That would give the CAD another push higher since the CAD is closely correlated with Oil prices.

BOC Press Conference – The press conference from the Bank of Canada will follow shortly. BOC Governor has confused traders lately so we don’t know whether he will sound dovish or hawkish today. We will have to watch him live then, don’t we?

BOE Governor Carney Speaks – The Bank of England Governor Mark Carney will speak later in the afternoon. The GBP is prone to the Brexit process right now but Carney is likely to move the markets. Will he signal a rate hike soon? 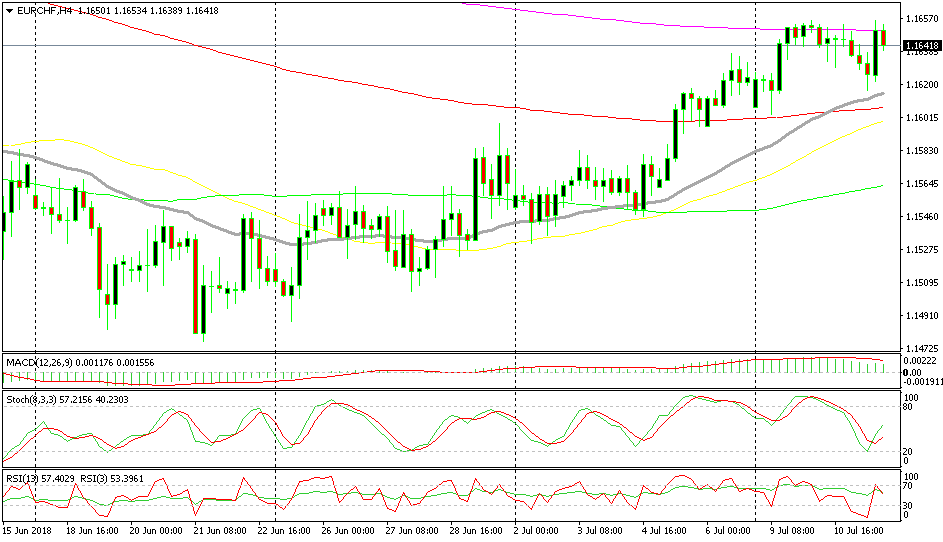 The 20 SMA has been pushing EUR/CHF higher

EUR/CHF has been on an uptrend for more than two weeks. First the 50 SMA (yellow) and now the 20 SMA (grey) has been pushing the price higher. The 20 SMA has come into play strongly now and the trend has picked up pace. Stochastic has oversold a while ago and it is turning higher now, which is another bullish sign. Although, I would wait for a retrace lower before going long here.

The NATO meeting will be underway soon and I expect lots of tension. The tensions will be mostly about money obviously. It will likely increase the negative sentiment in financial markets while we still wait for China’s measures to fight its battles against the US tariffs, so it will be a lively session I hope.