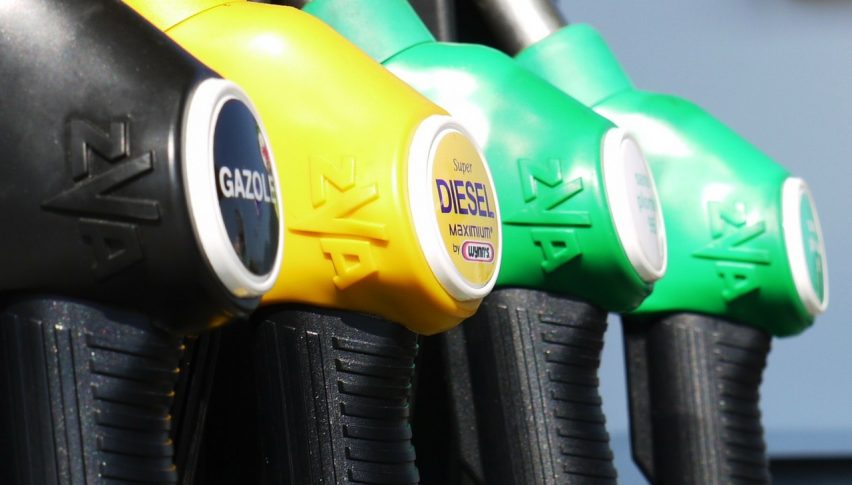 Fellas, it’s been quite a volatile session for WTI crude oil yesterday as the prices fell by around 380 pips after the EIA reported a draw of -12.9M barrels. Here are a few things that we need to know about the market.
Crude oil prices gained a bullish momentum to trade above $70/ barrel, despite OPEC’s decision to increase output by 1 million barrels. There are multiple reasons behind this, let’s speak about them…

On Tuesday, the Energy Information Administration (EIA) reported a draw of 12.9 million barrels for the week ending on July 06. This shows a massive increase in the demand for crude oil during the previous week. Perhaps, the speculators increased their bets on oil on the sentiments of Iran’s sanctions.

Libya announced it would call off restrictions on exports which will lead the output to normal levels from close to 0.5M bpd to 1.3M bpd. Therefore, despite the EIA report, the sell-off intensified on the market sentiment.

What’s on the technical side?

As you can see on the daily chart, crude oil broke out of an ascending triangle pattern at 72.50, but also entered the overbought zone. You can see the RSI, literally, it was trading above 90.
Crude oil has already retraced back to 38.2% retracement level at $70.75 and 20 periods MA is extending it a strong support near $70.28. 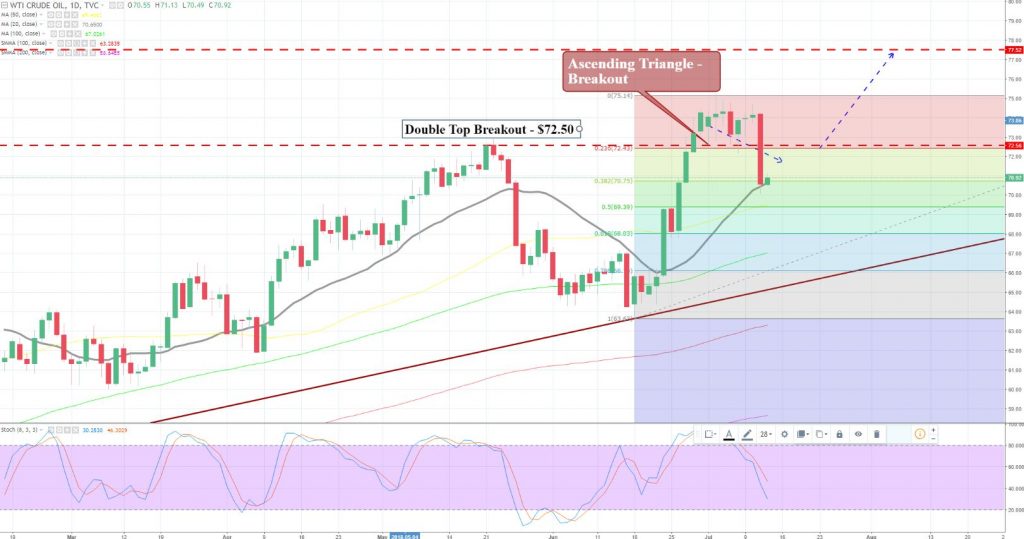 So can we expect a reversal now?

I don’t think so. Do you see a bearish engulfing candlestick pattern? It’s signifying a strong selling intention of traders. That being said, crude can continue its bearish momentum until 50% ($69.39) or 61.8% ($68.03) retracement levels.

Waiting for the Retrace to the 20 Daily SMA to Sell Crude Oil
17 mins ago
Crude Oil to Take Another Hit on US Inventories and CPI Inflation Today?
Crude Oil made a $3 bearish reversal yesterday as US inflation and Oil inventories report approach
1 week ago