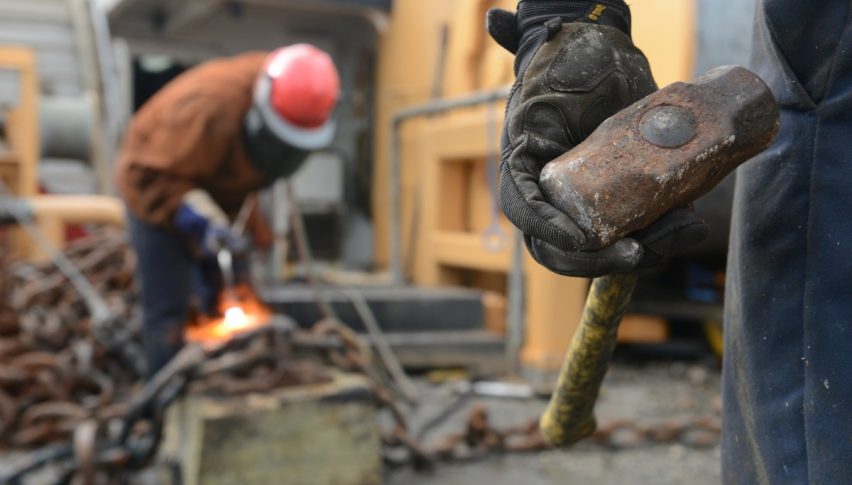 Sep 3 – 7: Economic Week Ahead – US Nonfarm Payroll Shares the Stage

During the previous week, the Greenback took a bullish reversal as traders started investing in the Greenback after reports that the United States and Canada concluded trade negotiations without any agreement.

What’s next? The Non-Farm Payrolls is the chief event of a busy week along with the US’s intentions to impose further tariffs on China. Here’s what we need to see in the week ahead…

On Monday, the market may exhibit thin trading volume as most of the US markets will remain closed on Labor Day. However, the retail sales from Australia, UK’s manufacturing PMI and BOJ Gov Kuroda’s speech will be in highlights.

AUD- Retail Sales m/m
The data is due at 2:30 (GMT) with a forecast of 0.3% vs. 0.4%. As you know, it shows a change in the total value of sales at the retail level. Therefore, a lower forecast is actually keeping the Aussie under selling pressure.

JPY – BOJ Gov Kuroda Speaks
At 6:40 (GMT), the Bank of Japan’s Governor Kuroda is due to speak at a symposium commemorating the 30th anniversary of stock index futures trading, in Tokyo. Being the head of a central bank, his remarks are closely monitored. So, any supporting comments will cause a volatility in the market.

GBP – Manufacturing PMI
Manufacturing PMI is due to be released at 9:30 (GMT). It’s a leading indicator of economic health and businesses react quickly to market conditions, and their purchasing managers hold perhaps the most current and relevant insight into the company’s view of the economy.

The manufacturing PMI is expected to slightly drop from 54 to 53.9. But in case of drop up to 50 to lower, there will be a massive selling in the GBP.

AUD – Monetary Policy Decision
Cash Rate – At 3:30 (GMT) the RBA (Reserve Bank of Australia) will be releasing the interest rate. Although the Australian economy is doing well, the RBA is highly expected to keep the rates on hold at 1.50%. That’s because the central bank is concerned about growing household debt. Whereas, the wages are not rising as quickly as expected.
RBA Rate Statement – Since the rate isn’t expected to change, the investor focus switches to RBA rate statement. The rate statement will be worth watching for any future guidance. The monetary policy statement is among the primary tools the RBA Reserve Bank Board utilizes to communicate with investors about monetary policy. It contains the outcome of their decision on interest rates and commentary about the economic conditions that influenced their decision. Most importantly, it discusses the economic outlook and offers clues on the outcome of future decisions.

USD – ISM Manufacturing PMI
On Tuesday at 15:00, the Institute for Supply Management is expected to release the manufacturing purchasing managers index. The forecast of 57.6 still represents robust growth, but weaker than beforehand 58.1. Apart from the headline, it is important to note the price component. The Fed watches inflationary pressures.

Today’s main event is the monetary policy decision from the Bank of Canada, and the GDP figures from Australia.

AUD – GDP q/q
The Australian economy experienced a substantial growth rate of 1% in Q1 2018, the best since Q4 2016. The Q2 will apparently see upbeat figures as well: 0.8% q/q is anticipated. Are you wondering how the trade war between the US and China (Australia’s biggest trading partner) is going to impact the Australian GDP?

Well, it’s not going to impact it as the trade war began in Q3 and we are speaking about the Q2 GDP data.

CAD – Monetary Policy Report
Speaking about the overnight rate, the Bank of Canada lifted its interest rate back in July from 1.25% to 1.50%. In addition to that, they maintained the hawkish bias, despite the trade war uncertainty.

This time, Governor Poloz is unlikely to move on the rates, leaving it to a meeting that also consists of a press conference. Nevertheless, they will express themselves in the statement which will likely discuss trade and also recent GDP numbers.
However, BOC Rate Statement will be worth watching at 15:00 (GMT) to determine the bullish or bearish bias of the central bank.

USD – ADP Non-Farm Employment Change
The Automatic Data Processing, Inc. will be releasing the ADP Non-Farm Employment Change at 13:15 (GMT). It’s an estimated change in the number of employed people during the previous month, excluding the farming industry and government. In April, ADP reported a robust gain of 219k jobs while a lower gain of 188k jobs is predicted for Sep.

USD – ISM Non-Manufacturing PMI
Throughout the second quarter of 2018, the US services PMI figure has remained quite mixed. In Aug, the figure surprised the market with a massive drop from 59.1 to 55.7 to drive an amazing fluctuation in the market. Anyway, the services PMI is expected to rise from 55.7 to 57 to keep the dollar supported.

Here comes the most awaited day of the month. Today, investors focus will remain on the US NFP (Non-Farm Employment Change) and unemployment rate.

USD – Labor Market Report
The Nonfarm employment change is one of the most awaited and watched economic data of the month. Although only 157k jobs were added last month, this month’s figure is expected to rise to 191k.

The unemployment rate is expected to remain unchanged at 3.9%. If this really happens, we are going to see massive buying in the dollar along with a sell-off in gold. Better than expected figures affirm the sentiments that Powell will hike the rate this month.

All the best traders and be careful with your trades as the market can remain unpredictably volatile due to a large number of economic events. Stay tuned to FX Leaders’ economic calendar for live coverage of these economic events. Have an awesome weekend.