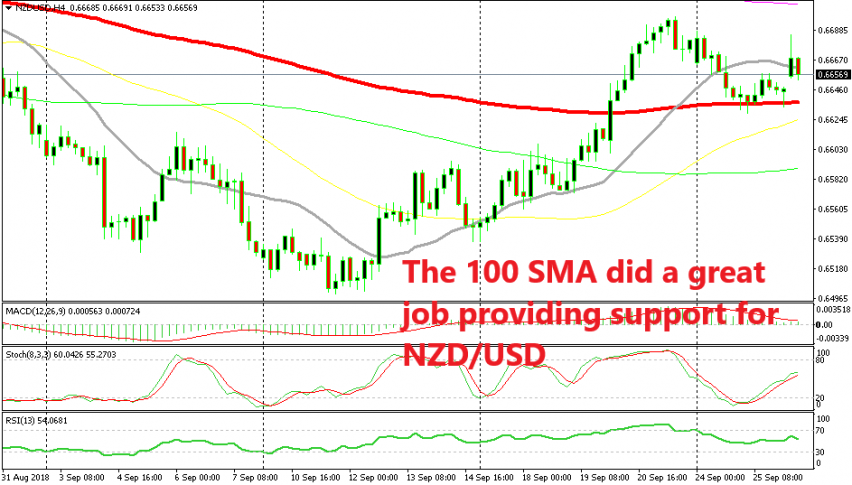 Commodity Dollars Jump on Bad Data but Slip Back Down

The jump wasn't enough for our forex signal

This morning when I first scanned forex charts, I spotted a jump in Commodity Dollars. I thought that the data from New Zealand in the Asian session must have been positive or perhaps there was some news event which had sent NZD/USD and AUD/USD higher.

But there was no such event and the economic data was negative. The trade balance report was pretty bad. Trade balance was expected to be positive at 925 million NZD, but it came negative at -1.484 billion NZD.

So, this month’s business outlook is better than last month at least. I see that the NZD jumped exactly at that time, so this must have been it. Perhaps, the market was expecting a further deterioration in business sentiment, so this month’s number helped the NZD jump higher and it pulled AUD/USD higher as well.

As we mentioned yesterday, NZD/USD found solid support at the 100 SMA (red) on the H4 chart and it bounced off of it this morning. The price has been slipping lower since then, but the decline seems to have stopped now, so we will see how this pair ends up as we have a buy forex signal in this pair.