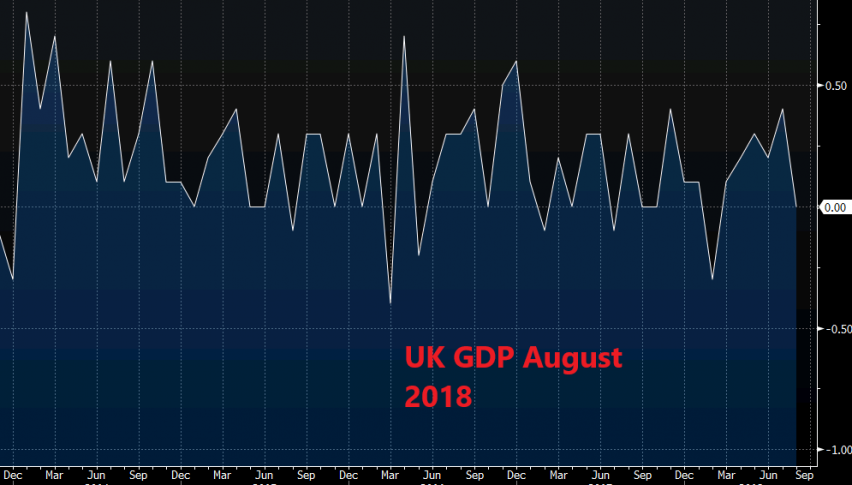 We were waiting for the GDP report as well as the manufacturing report from the UK this morning. They were released a while ago and both were pretty negative. Let’s have a look at the numbers below:

As you can see from the table, most of the numbers were negative apart from industrial production. The GDP growth fell flat, coming from a 0.3% increase last month. Manufacturing production decreased by 0.2% while construction tumbled by 0.7%.

The GBP should have taken a major dive after such horrible numbers, but Brexit is taking all the attention right now. UK Brexit Secretary Dominic Raab said that he might be flying to Brussels next Monday, trying to strike a deal with the EU. So, these comments are keeping the GBP/USD afloat now.